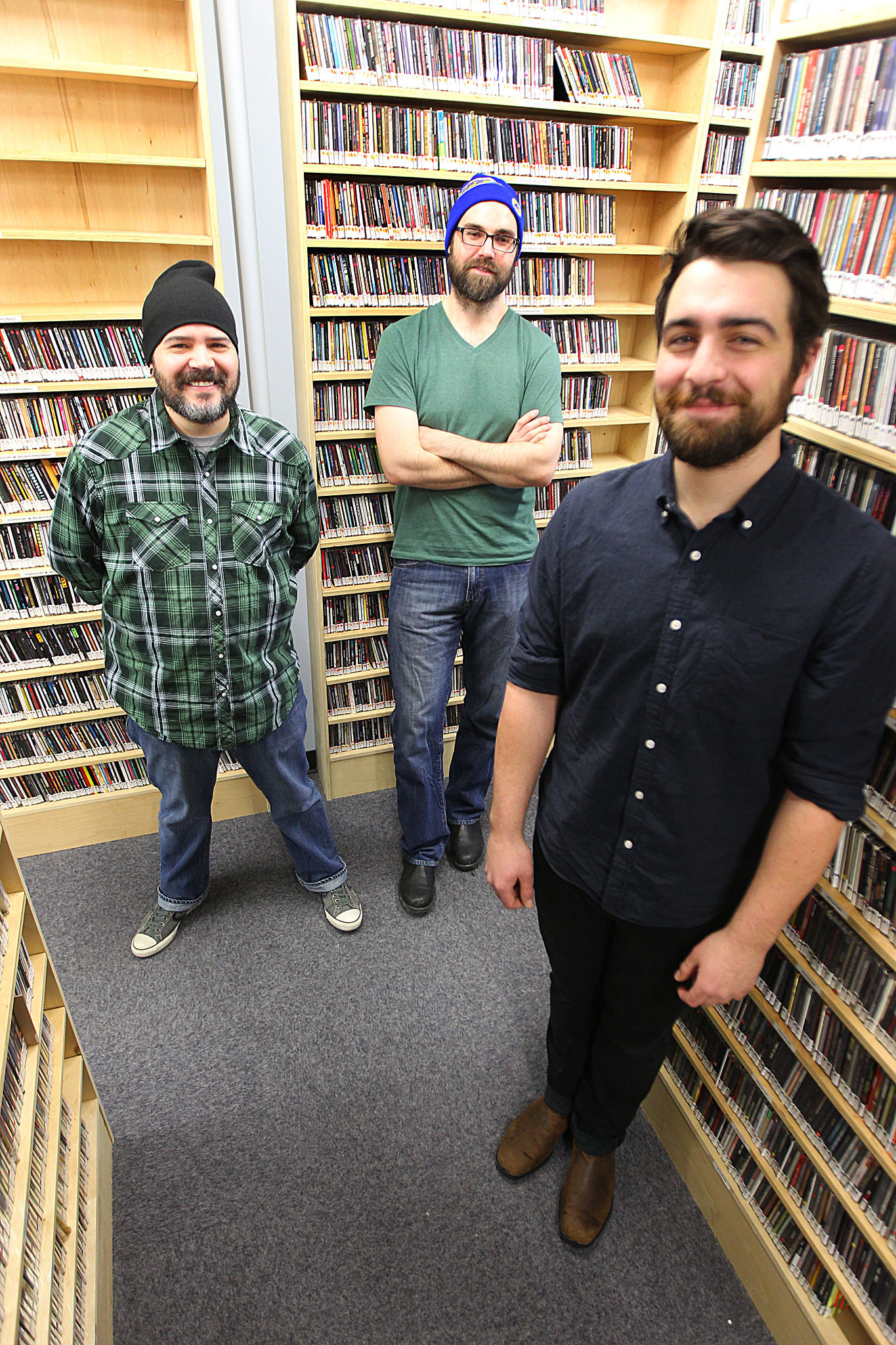 Winnipeg is about to become the birthplace of a new format for live storytelling that will broadcast over the airwaves. Tales are told together, recorded, and repeated on radio.

You may have heard wonderful story-based radio shows on CBC Radio such as the Vinyl Cafe, WireTap, Public Radio Exchange’s Moth Radio Hour, and Chicago radio station WBEZ’s This American Life. Perhaps you’ve attended a poetry slam in Winnipeg, and were blown away by the versatility of performers. Likely, someone has cornered you and launched into an unsolicited description of a bizarre or boring event they have experienced.

These three ways of telling stories join forces at the first monthly Hear/Say Live Story Exchange. Each month, the Park Theatre will host a night of free-form and curated storytelling, in which all stories are based around a particular theme. The inaugural event’s fitting theme is New Beginnings, and it will be hosted by Kaj Hasselriis, producer of CBC Radio’s storytelling show DNTO (Definitely Not the Opera).

Kevin Mozdzen, graphic designer and new employee at the Park Theatre, has been captivated by storytelling since he was young. He was excited when he pitched the idea to the Park’s owner, Erick Casselman, who gave Hear/Say the green light.

“I’ve just always loved hearing people talk,” says Mozdzen. “As a little kid, I loved it when my parents had their friends over and I loved just listening to them talk and tell stories.”

Mozdzen is working with a team of organizers from the University of Manitoba’s campus radio station UMFM. The team includes station manager Jared McKetiak, program director Michael Elves, and Tessa Vanderhart, who sits on the board of directors and produces the UMFM show West End Dumplings.

Each night of Hear/Say will be divided into two offerings. The initial part will consist of short stories told by audience members who signed up when they arrived. These stories are not discussed with organizers beforehand, so the possibilities are almost endless – they need to fit into the theme of the night, but the content is not judged before their telling.

The second part will consist of curated stories submitted to the organizers; the deadline for submissions was Jan. 9.

“It’s the openness of that portion that isn’t preselected, the random, radical possibilities that make this such an important event,” says Vanderhart. The nights will all be recorded and later broadcast on UMFM. “Other storytelling shows are much more planned, where everything has a predetermined feel to it. Hear/Say has some of that, but it is way more unpredictable.”

Mozdzen says he was spurred to his idea by the work of others.

“In the States, there’s the Moth, which really is where I took inspiration from. It started nearly 20 years ago on the founder’s porch, and now they do theatre shows across the States.” When asked if there were future plans to take Hear/Say on tour, Mozdzen smiles. “Ideally, yes, we would take it to other cities, but that’s far into the future.”

While both Vanderhart and Mozdzen have a passion for storytelling, they have different approaches to sharing stories in front of an audience. Vanderhart expressed interest in participating in the event as a storyteller, but she said as organizers they had to determine if it constituted a conflict of interest.

Mozdzen said as a kid he was fond of writing, and hoped to be published. He does not, however, want to speak in front of the audience. “I have debilitating stage fright so I won’t be on stage ever.” Radio is a different story. “I’ll be the voice of the radio show,” says Mozdzen.

The event is all ages, but Mozdzen and Vanderhart explained there was no move yet to censor any of the stories.

“There’s no restrictions on what people can talk about, as long as it fits in the theme,” explains Mozdzen.

“It’s an event we’re excited about and looking forward to sharing.”

Listen to stories and perhaps share your own: Hear/Say Live Story Exchange: #1 New Beginnings happens Thursday, Jan. 16 at 7 p.m. at the Park Theatre, 698 Osborne Street. For more information, check out their website at www.hearsaystoryexchange.com