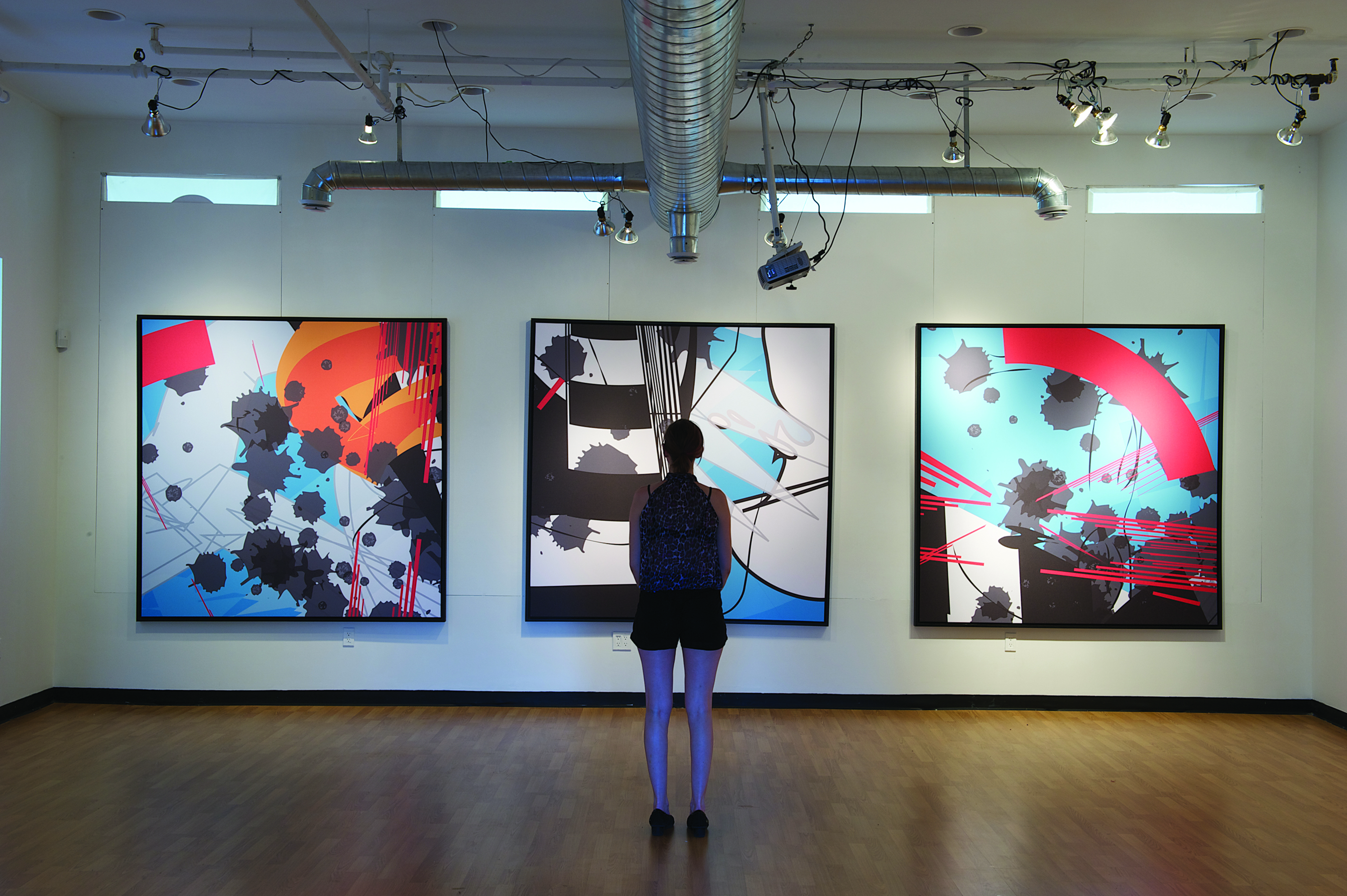 Visual artist Jason Baerg has recently gone back to his hometown of Sarnia, Ontario—a place in which he has not lived since 1995—as part of an artist residency program at the Judith and Norman ALIX Art Gallery. Having last been here in 2010, Baerg is also making a short jaunt to Winnipeg as part of an exhibition of his work.

It is appropriate, as he revisits past locales, that his current show is titled Returning.

Baerg explains in an interview with the Manitoban that after years of moving from place to place, his sense of home stretches across the globe. His current residency radically altered his understanding of his past.

He emphasizes that this show highlights his relationships with indigenous communities and his heritage as a Cree Métis artist.

Returning draws on two different bodies of work: Relations, begun during his residency in Winnipeg, and Nomadic Bounce, created as part of his residency through the school of art at Australia’s Royal Melbourne Institute of Technology in 2012.

As part of the former opportunity, he worked with young artists at Ndinawe Youth Resource Centre, the latter was part of an indigenous residency exchange program between the Royal Melbourne Institute of Technology and the University of Lethbridge.

Relations consists of digitally abstracted images of community members with whom he worked at Ndinawe. A special occurrence took place while working on images of one particular person.

“Every time I clicked for those random abstractions to appear, [digitally formed images of] birds kept coming forward. I talked to him after and he said he is a member of a Bird Clan.”

He was hosted by a Maori artist in New Zealand, which contributed to a transnational concept of indigenous knowledge.

Baerg says that when this exhibition was shown at Saskatoon’s Mendel Art Gallery, he conceived of the display of the works as the image of a solar-powered speed train. “They [people who inspired the works and visitors to the show] are now taking us into the future. It’s a mode for reclamation and empowerment.”

He describes his desire to release his ownership of the digital media he creates, to let the people who inspire his work and the curators who present it become the owners of the work, while he maintains copyright of physical creations.

Baerg says that the show’s title is both about drawing on the past and providing something which can be accessed again in the future.

As part of this show he will be conducting workshops with young artists at both Ndinawe Youth Resource Centre and Art City.

“It’s an honour to present in Métis territory, to present at Urban Shaman, to work with Ndinawe and Art City and the art community in Winnipeg. I have tremendous respect for the artists in Winnipeg.”

Come see the exhibition of Baerg’s work at Urban Shaman (Suite 203-290 McDermot Avenue in the Exchange District). The show opens Jan. 17, with a reception and an artist’s talk at 9 p.m., and runs to Feb. 22.

An exhibit to remember