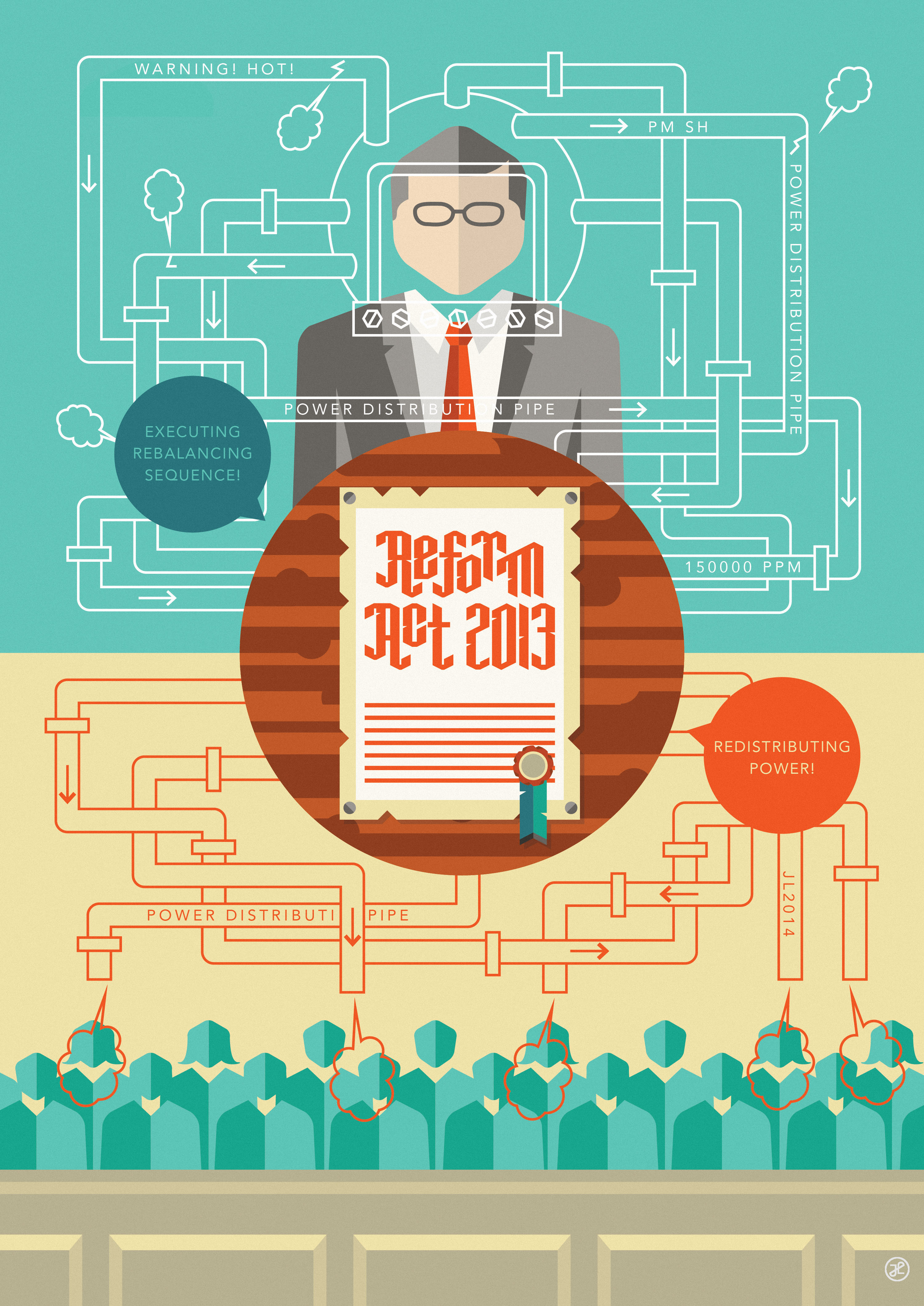 Over the past couple of decades, especially in the last 10 years, Canadians have become more disengaged from parliament. Fifty-five per cent of Canadians surveyed recently were pleased with how Canadian democracy works. In the past year, parliament and the Prime Minister’s Office (PMO) have been plagued by a Senate expense scandal, the growing clout of the PMO in the legislative system, and the interference of the PMO in a Senate expense audit.

Michael Chong, Conservative MP for Wellington-Halton Hills in Ontario, proposed a private bill called the Reform Act, 2013 on Dec. 3. The bill has received a lot of attention because of the current political climate it’s been introduced in and the change it could bring about for Canadian politics.

The bill proposes to amend Canada’s Elections Act and Parliament of Canada Act. If the Reform Act is passed into law, it would come into effect one week following the next federal election.
The bill has three main focus points.

First is that the party’s electoral district association would elect a nomination officer through a majority vote. The officer would have the final say in nominating a candidate for election in the local riding. Currently, the party leader has the final say in who should be endorsed by the party.

Second is that registered political parties would have by-laws that allow the party’s caucus in parliament to initiate a leadership review of the party leader.

Third is that the bill would codify the expulsion and readmission of caucus chairs. Expulsion and readmission of members into caucus would require a majority vote through a secret ballot. According to Michael Chong, the power bestowed on MPs has been eroding and losing its function. The executive and legislative branches are supposed to be separate and independent, but that is not the current situation in Canada.

As it is, the PM has too much power and control, through discipline, of his own caucus members. This, in my opinion, removes the ability of MPs to properly voice their constituents’ concerns, as they are forced to follow the party line. It also removes the capability of MPs to properly execute their functions as a check and balance on the executive branch, and hold it to account. If this bill were to become law, it would strengthen Canadian democracy, and restore that vital trust and confidence that should exist between the people and the government.
One potential concern about the bill is that it could make Canadian politics highly unstable. However, I believe Canadian government would become more effective, not more volatile, with the adoption of said bill.

For example, a leadership review would require 15 per cent of the caucus to vote and majority of those voters to remove the party leader. The United Kingdom, New Zealand, and Australia have similar laws, as they are all Westminster parliamentary systems, and from 1965 to 2008, only three sitting prime ministers in all three of those countries have been ousted. It is rare for majority governments to eject a sitting prime minister unless there is a serious loss of confidence among the caucus members. The way Canada’s system would function would be no different from the way the Westminster parliamentary system works in other countries.

This bill would be a revolutionary act in Canada if it were to pass. It could make citizens more engaged in politics, encourage responsible government, and ensure future governments would be held accountable.

I remain optimistic, but such a seismic shift in power from the PMO to MPs is still a long shot.