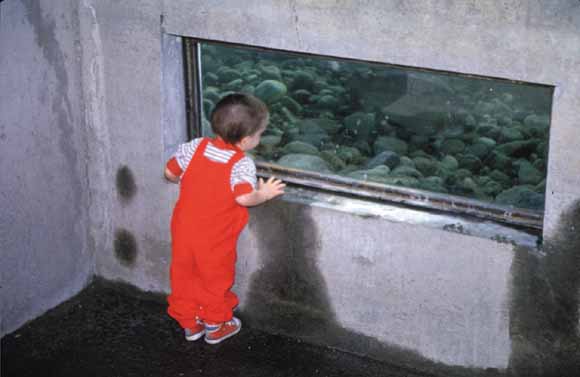 The captive animal industry is almost exclusively oriented towards human entertainment, even while words like “education,” “research,” and “conservation” are commonly used. The fusion of zoos—and other enclosures—and amusement parks renders the appearance of zoos’ educational aspects suspect.

Here is why attending and buying the ticket for “fun” activities is ethically wrong.

If you’re swimming with dolphins—the second most intelligent animals, right after humans—they’re captive. The World Society for the Protection of Animals notes that if a dolphin waves at people, it’s because captive dolphins are fed when they perform.

SeaWorld received criticism last year due to PETA’s release of a video of a dolphin bleeding and injured on the ground outside of its tank at SeaWorld San Antonio. This is only one example of the harmful conditions captive dolphins are subjected to. SeaWorld, which has an interactive dolphin program, “reported 93 dolphin deaths between 1971 and 2002.”

Ric O’Barry trained dolphins for the 60s television show Flipper. Cathy, one of those dolphins, died in captivity at the Miami Seaquarium. O’Barry believes she chose to stop breathing and commit suicide due to the stress of being in captivity.

The Taiji, Japan cetacean hunts and mass slaughters, as documented in 2009’s The Cove, are supported by the captive dolphin industry. According to the Sea Shepherd Conservation Society, the majority of the cetaceans in the Taiji hunt are killed for human consumption. The hunters do this by herding the cetaceans into the cove, while the few young and “cute” ones get to live – in captivity.

In close proximity to the bloody waters, Taiji plans to open a marine park where customers can swim with dolphins.

The orca whale has been a human killer in captivity. Tilikum, one whale currently captive at SeaWorld, has been involved in the deaths of three people, two of whom were trainers.

Like the 2013 documentary Blackfish, Death at SeaWorld, David Kirby’s 2012 book, has shone a critical light on SeaWorld, and is now “in development” as a Hollywood film. 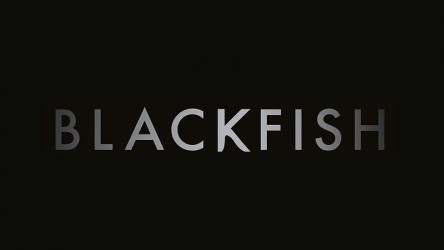 Blackfish depicts and describes: a newborn orca of captivity taken away from their mother and the futile and heartbreaking sounds the mother makes to try to find her baby; and the injurious experiences trainers have endured from captive orcas, through near-drowning, hazardous bites and grips, and sheer force.

Robin Baird, a research biologist at Cascadia Research Collective in the state of Washington, told the Manitoban, “I think it is only ethical to keep marine mammals in captivity if it is for education and/or research purposes, although obviously a lot of education can be done in an entertaining way.”

For the Sochi Olympics, two killer whales caught in the wild will be flown to and held in the Russian city’s dolphinarium.

In August, the Georgia Aquarium was denied an application to import 18 beluga whales—from Russia to SeaWorld and other aquariums in the USA—by the National Oceanic and Atmospheric Administration.

Hal Whitehead, a cetacean science professor at Dalhousie University, told the Manitoban it is “certainly not” ethical to keep orcas and beluga whales in captivity for the purpose of entertainment. When asked what disservice he thinks the captive marine mammal industry has done to the public and animals, he pointed to “misinformation about the animals, their habitat, and their nature.”

Marineland Canada is a marine park in Niagara Falls, Ontario that houses a variety of animals: a lone orca, Kiska; beluga whales; a range of ungulates like deer, elk, and bison; walruses; sea lions; bears; and fish. Marineland also has plans to have stingrays and sharks, and build an “interactive dolphin habitat.”

In 2012, Brad Dewar of the Ontario Society for the Prevention of Cruelty to Animals stated that an investigation of marine and land animals at Marineland found “some areas of concern where certain deficiencies exist.”

A concern with keeping orcas in comparatively small pools is that orcas in the wild tend to swim about 160 kilometres a day. Furthermore, according to the Orca Project, wild orcas have an average life expectancy of 30-50 years, whereas the median age of captive orcas is nine.

The Alabama Department of Conservation and Natural Resources states that “captive wildlife tend to lose their natural survival characteristics.”

Zoocheck Inc.—an animal protection charity in Canada—executive director Rob Laidlaw got involved with the organization because he became aware of “horrendous suffering of animals in captivity due to little or no regulation [ . . . ] and little, if any, information about the conditions endured by wild animals in captivity.”

Circuses are easily the most horrific form of captive entertainment because of their lack of any redeeming qualities, existing solely for human entertainment: unnaturally bejewelled animals on tour, often in cages during transport, forced—usually through the painful practice of bull hooks—to perform demoralizing acts such as standing on small stools.

Zoos are ethically akin to circuses. According to PETA, “the physical and mental frustrations of captivity often lead to abnormal, neurotic, and even self-destructive behavior, such as incessant pacing, swaying, head-bobbing, bar-biting, and self-mutilation.”

In Defense of Animals released their picks for last year’s “10 Worst Zoos for Elephants.” Edmonton Valley Zoo placed third for, among other things, its reported unwillingness to move an arthritic Asian elephant to a warmer climate. Bowmanville Zoo in Ontario made its way onto the Hall of Shame for reportedly parading around an ailing elephant that died two weeks later.

Elephants are a common staple of zoos and circuses, and an article in National Geographic this year criticized the ethics of keeping elephants in captivity, citing elephants’ large extended families, sophisticated social nature, and necessary “wide-ranging movement in vast home ranges.”

The article debunked the common claim of the positive effects of captive animal industries: “We have learned so much about the complex physical, social, and psychological needs of these animals, not necessarily from zoos, but from bona fide researchers in the field.”

While some zoos do have reputable conservation and research programs, such as Winnipeg’s Assiniboine Park Zoo, Laidlaw points to ethical conservation alternatives: “It’s far cheaper to protect wild animals in wild habitats than it is to keep them in zoos.”

A trip to Thailand appears to necessitate getting a photo taken riding an endangered elephant. While human weight can cause spine problems, most horrific is what occurs before the rides. Wild elephants need to be tamed before they will allow humans to ride them, and to tame them, babies are isolated from their mothers in confined spaces and beaten, pierced, starved, and sleep-deprived in order to break their spirit.

The obvious ethical alternative to viewing animals in captivity is to view them in the wild or in animal sanctuaries. And, if photos with elephants are so integral to a Thailand experience, a picture next to one at an elephant sanctuary is the right option.

Reform is possible: Costa Rica will be closing two zoos this year; India has eradicated the use of dolphins in marine circuses.

We are consumers every day, and we have the choice to support cruelty or to stand against it. To “consume” captive animals ethically is an oxymoron. Existing—or in some cases, not existing—for human entertainment describes the life of a captive animal; we need to push our wants aside and send them back home.