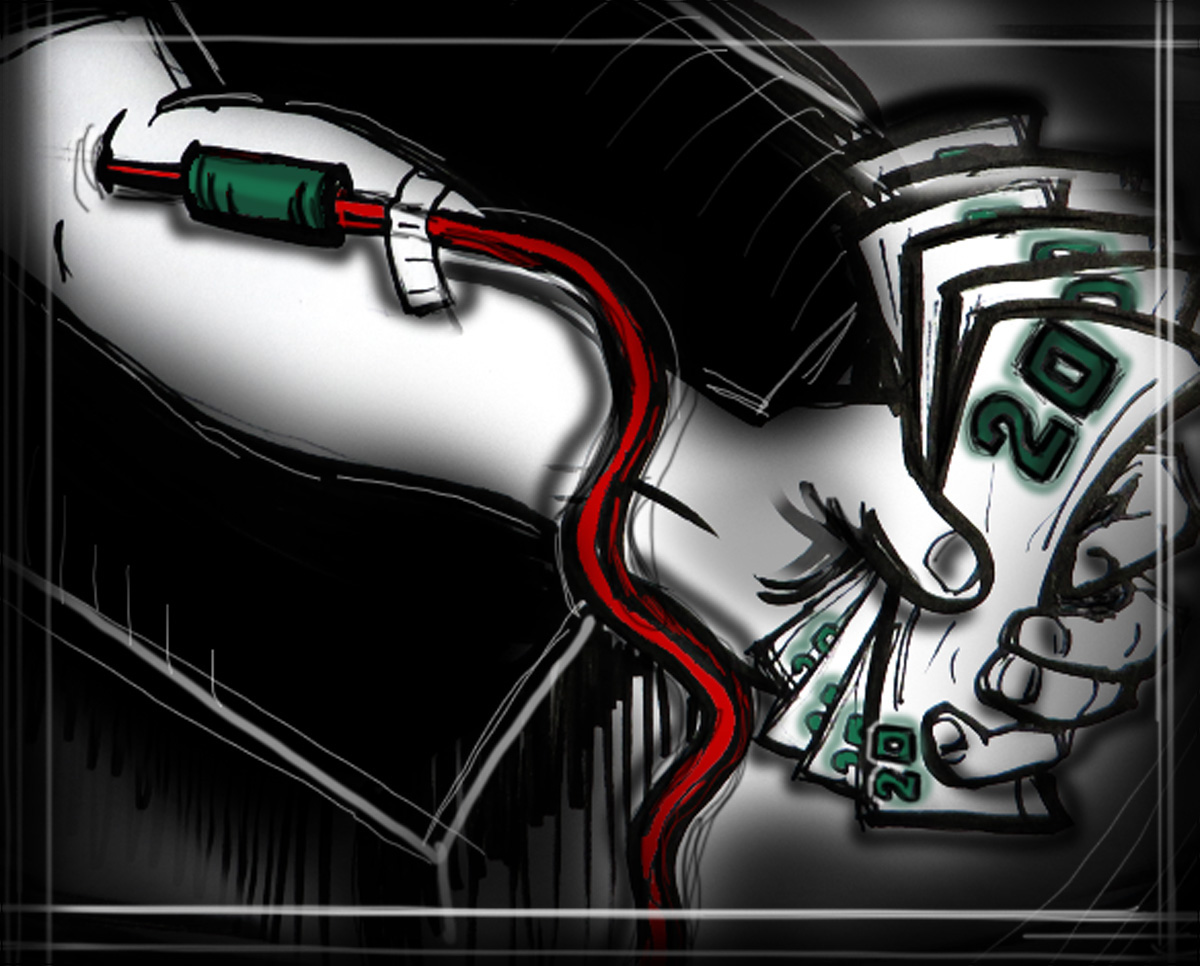 On Jan. 13, Canadian Blood Services (CBS) announced that Canada was in the midst of a nationwide blood shortage, partially due to a frigid December that left much of Central and Eastern Canada in an Arctic chill. Between late December and mid-January, CBS was forced to close 24 donor clinics, and therefore missed out on 1,200 potential donations. In order to tackle the blood shortage, CBS projected that approximately 31,000 appointments would need to be filled between Jan. 13 and Feb. 3.

While it is true that this past December caused everything east of the prairies to descend into an uncharacteristically brutal deep freeze—precipitating the forced closure of several clinics and, no doubt, increasing rates of donor absenteeism as donors sought refuge from the cold—this recent shortage is in reality not much of an outlier.

Barring highly irregular circumstances, blood shortages generally occur during the same two time periods every year. First, the harshest winter months (December-January) often result in shortages due to the one-two punch of gnashing frost and holiday festivities, as witnessed during this year’s shortage. The second period susceptible to shortages is the dog days of summer (July-August), when regular donors tend to be away on vacation. 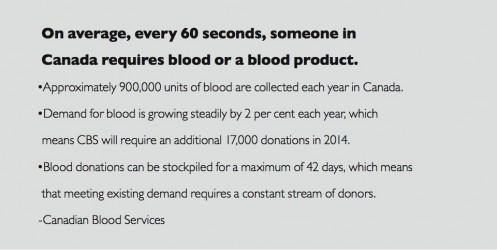 A quick online search for Canadian blood shortages in recent years yields a number of news stories that support these conclusions. For example, CBS announced a “concerning” shortage (50,000 donors needed in less than four weeks) on Aug. 7, 2013; a 3,000 donation shortage on Dec. 22, 2012; and a 4,300 donation shortage on July 16, 2012. To quote Mark Twain, “history doesn’t repeat itself, but it does rhyme.”

Given our understanding of the annual trends that blood shortages follow, one might ask: Why not try to pre-empt these shortages by inducing a spike in donations just before they occur? In addition, if we agree that combatting the shortage problem would be a worthwhile goal, another question is: How exactly can we do it?

Given some of the implicit costs of donation (such as foregone wages, foregone leisure time, and energy drain following blood extraction), altruism may not always win the day for busy citizens. If we seriously want to tackle the shortage problem, maybe it’s time to offer donors a little quid pro quo. Simply put, maybe it’s time (gasp!) to offer people an economic incentive to donate.

The current orthodoxy on inducing blood donation through economic incentives is that it is, simply stated, a bad idea. For the past 40 years, the World Health Organization’s position has been that compensation for donation would prove detrimental to both the amount of blood collected and the safety of the blood supply. In terms of the amount of blood collected, this view suggests that economic incentives would decrease intrinsic motivations to donate, which could result in a net decrease in donations.

As for blood safety, it is argued that the introduction of an economic incentive would encourage some people to lie about their medical histories during the screening process in order to be compensated. The result of more people willing to cheat on their screening tests would be that, on average, “worse donors” would comprise a larger portion of the total donor pool. Consequently, the quality of the overall blood supply would see a net decrease.

While these concerns seem theoretically sound, they may not hold under further inspection. Today, a new body of scholarship is emerging which suggests that economic incentives, when applied correctly, can have a positive effect on the blood supply without compromising its quality.

In the May 24 edition of Science Magazine, authors Nicola Lacetera, Mario Macis, and Robert Slonim present new research suggesting that economic incentives, if administered correctly, should have a positive effect on the blood supply. One study in the U.S. shows, for example, that introducing T-shirts and coupon giveaways resulted in a 16 per cent increase in Red Cross donations. In another study, administered in Italy, citizens were awarded a one-day paid leave in exchange for donating, with the result that overall donation levels increased by a significant margin of 40 per cent.

What is additionally impressive about these results is that, even as the overall number of donors increased, and contrary to the “worse donor” problem presented by older studies, the quality of the blood supply remained unchanged. This is due to the fact that rewards were given to people for showing up to the clinic rather than for donating – a tiny distinction which, quite crucially, removed the motivation for people to give incorrect information in order to receive a reward.

The overall effect reported by the studies, then, was that when economic incentives were introduced to blood donation, the overall supply of donors increased, and the overall quality of the blood supply remained unchanged. Essentially, compensation for donation proved a winner on both counts.

So, the question remains: would offering economic incentives to Canadians increase donation levels and help combat the cycle of blood shortages? It is hard to know with certainty, but at the very least, the literature seems to demand that we re-examine this issue, challenge the current orthodoxy, and pilot-project these ideas to see if they hold water in the Canadian context.

As it stands, new research is offering up some clear policy suggestions on how we can tackle our seasonal blood shortages while cutting costs. Given the fact that blood shortages in Canada continue to follow a fairly predictable timeline, and that they usually occur over a short period of time, CBS should attempt to run a few test clinics that offer economic incentives on strategic dates, such as mid-December and mid-July.

By carrying out a little experimentation, maybe we can improve upon the current donation system and save some lives while we’re at it.

Canadian Blood Services is still looking to fill its shortage quota, and is holding clinics at the University of Manitoba on Feb. 6 and 11. Call 1-888-2-DONATE to book an appointment.

Keep your resolution: Some tips to help you stay the course!