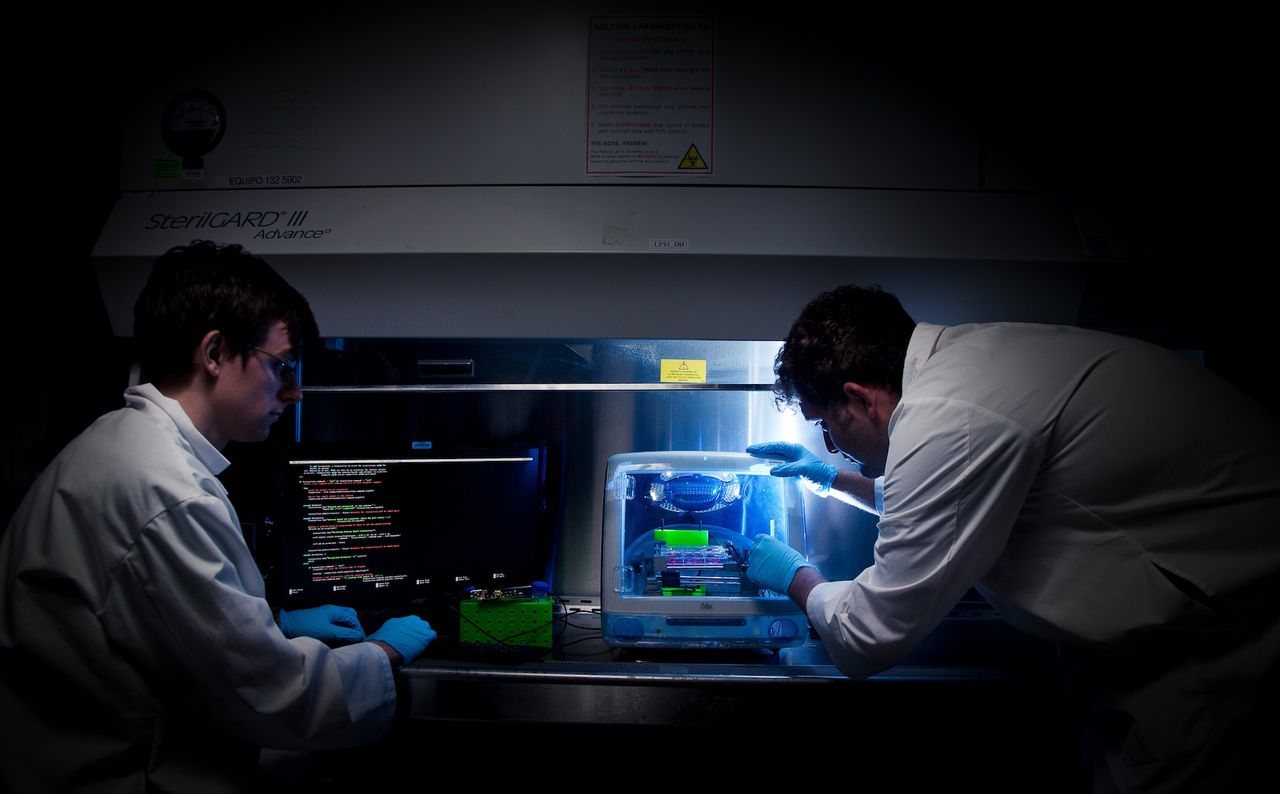 This December, Winnipeg will host the premiere of an arts and sciences exhibition that will travel to many other countries. The exhibition, Toxicity, spawned from the academic work of Dr. Melentie Pandilovski and Dr. Jennifer Willet. Pandilovski is the director of Video Pool Media Arts Centre in Winnipeg and Willet is the director of INCUBATOR: Hybrid Laboratory at the Intersection of Art, Science, and Ecology, a branch of the school of visual arts at the University of Windsor.

In 2011, Willet was the director of BioARTCAMP at the Banff Centre, where participants explored the intersections between science and art in a fully functional biological sciences laboratory. Her work in this field began in 2004 at SymbioticA with Oron Catts and Ionat Zurr as part of the BIOTEKNICA project.

“This was a transformative experience for me – away from the realm of representation, towards the real manipulation of life towards aesthetic ends,” says Willet.

In 2012, Pandilovski was visiting Killarney Lake in Southern Manitoba and was struck by signs warning that cattle should not drink the water because it was contaminated. He decided to work on this project as part of the mission he was hired to undertake when he joined Video Pool: to expand avenues of artistic expression.

“Toxicity aims to stimulate cross-cultural dialogue between artists, curators, academics, and the general public at the intersection of art, science, and technology,” says Pandilovski.

Pandilovski was already interested in how technological, scientific, cultural, artistic, environmental, ethical, and biological issues intersect. His critical theory resulted in a PhD thesis called The Formation of the Biopolitical Apparatus.

The pervasiveness of technology is affected by political systems, and Pandilovski emphasizes the role of artists in questioning the connections between these realms and the way policy-makers respond to their prevalence.

“To speak about globalism and not speak about capitalism, or bio-capitalism [ . . . ] is ludicrous today. [Capitalism] is the force behind [biotechnology]. Any analysis or critique of this is welcome in society.”

The Winnipeg christening of this exhibition will take place at the Plug In Institute of Contemporary Art. Earlier this year, Plug In hosted talks by artists Roy Ascott—who runs the interdisciplinary Planetary Collegium—and Eduardo Kac, who have done profound work across the fields of art, technology, and biology.

Toxicity includes a bioart workshop at Video Pool as well as a public symposium at Cinematheque. Another jewel in Winnipeg’s crown of extraordinary critics and practitioners of this subject will include Joe Davis, the father of bioart, who will be speaking at the symposium and screening one of his films, as well as Steve Kurtz, world renown for his work in BioArt, and Electronic Civil Disobedience, founding member of the award-winning art and theater collective, Critical Art Ensemble (CAE).

Artists address the world differently than scientists; Pandilovski and Willet agree. The former refers to a long-standing tradition among the arts to think beyond the common bounds of cultural standards, while the latter celebrates artistic freedom in comparison to scientific restraints.

“In the sciences there is a standard of producing ‘objective’ and repeatable results based on scientific experimental methods,” says Willet. “Whereas in the field of bioart, practitioners are not bound by these types of goals.”

“The freedom to engage subjectively with biology and biotechnology produces unique results. Imaginative and unrepeatable results are celebrated in the arts and offer new perspectives that are unachievable within the sciences.”

The title of the show stems from the understanding that when any kind of production, including agricultural production, is increased, levels of toxins in the environment rise, and these levels affect both rural and urban populations. Pandilovski gives the example of how fracking in other parts of the U.S. and Canada affects indigenous populations in northern communities because of the flow of water from fracking sites northward.

Hey there, it’s your future calling

The newly discovered (and adorable) olinguito