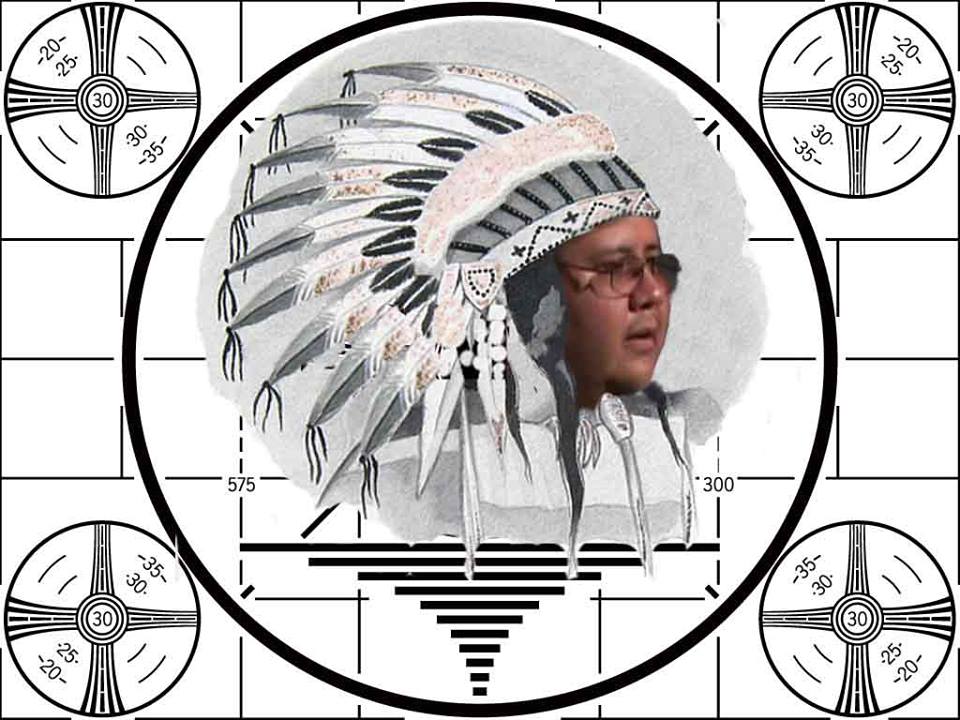 Cinematic artist Darryl Nepinak, a Saulteaux man from the Ojibway Nation who grew up and lives in Winnipeg, does it all. His approach to film is both humorous and serious, as well as political, thoughtful, and indigenous.

Nepinak’s filmmaking technique is informed by his identity and heritage; he described himself as “Indian, proud Indian, mate,” to the Manitoban.

Nepinak’s assessment of the city’s movie theatres carries this flavour in a set of film reviews he wrote in 2007 for the short-lived periodical The Moose, produced for the Winnipeg Film Group, with some articles now available online at “Cineflyer Winnipeg,” an online feed for motion picture and related arts in Winnipeg.

“I’ll just review the movies I seen. The last one I watched was at the Towne 8 Cinema, which I call the Neechie theatre because of all the family and friends I see there and it’s cheap too. No disrespect to the Winnipeg’s Film Group Cinematheque, which is by far the best cinema in the city next to the Imax of course.”

The characters he creates also depict Nepinak’s vision. They include: the skeptical tracker Donald Smith who listens to Iron Maiden while guiding a clueless white hunter in search of bigfoot; the campy savage Indians who chase after a beautiful goddess—who looks similar to Walt Disney’s conception of Pocahontas—until they bathe in the Sea of Sebastian the Piglord and become powerful warriors; the Native man at a spelling bee who cannot spell “Indian” and the white contestant who cannot spell “genocide”; and the personal autobiographical experience of receiving his Indian name.

In addition to his own art projects, Nepinak supports the local film industry and young Aboriginal people in Winnipeg. He has worked or is working as: the film and video coordinator for Career Trek, a college preparatory program for at-risk youth; a staff member at Ndinawe Youth Resource Centre; as the production training coordinator for the Winnipeg Film Group; and as the video club facilitator at the Winnipeg North End Arts Centre, where he works with urban Aboriginal youth.

He has also worked with indigenous communities in other nations, including in 2004 as director of a documentary about Te Ora Hou Aotearoa, a Maori youth organization in Gisborne, New Zealand, where he mentored Maori teens in video production.

A 10-year retrospective of Nepinak’s work is on display until Dec. 7 at the Urban Shaman Gallery, where the artist previously served on the board. A leader in the cultivation of indigenous art, Urban Shaman is an Aboriginal artist-run centre that offers a venue for artistic expression across the gamut of disciplines at all levels.

Urban Shaman Gallery is located at 203-290 McDermot Avenue in the Exchange District and is open Tuesday through Saturday from noon until 5 p.m. This event is the second time this year a showcase of his films has been mounted; the first took place during Nuit Blanche at Zsa Zsa West.