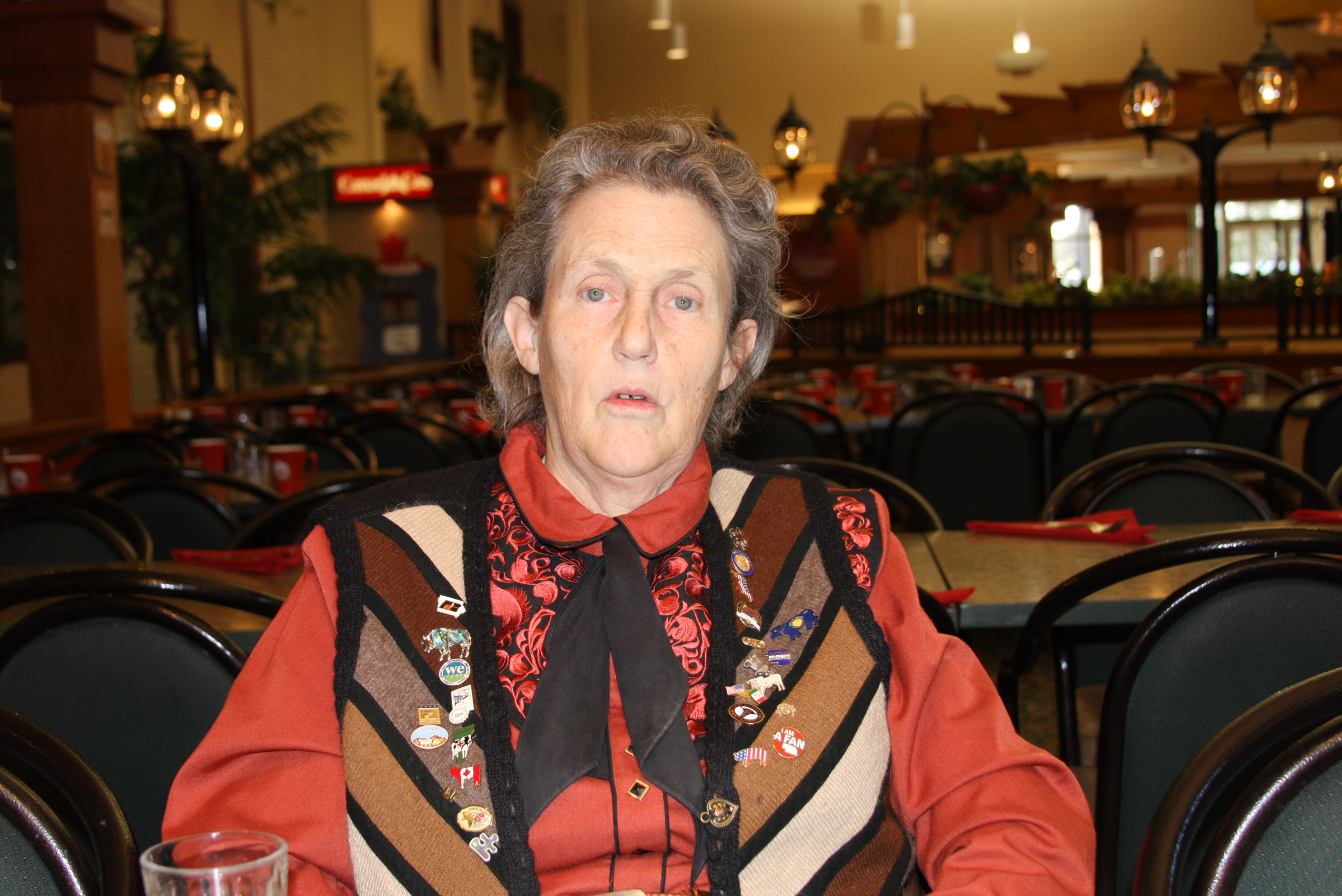 Temple Grandin is a renowned autism and animal welfare advocate, and was named one of Time Magazine’s 100 Most Influential People in the World in 2010. Grandin has autism, and has published eight books sharing her perspective on the disorder and discussing the needs of animals.

The U of M played host to Grandin last week for two speaking events. The Manitoban had a chance to interview her prior to the events.

The Manitoban: Can you describe the focus of your presentations at the U of M campus?

M: What was your personal experience trying to find work as a young adult?

Grandin: Well, I started out doing freelance – freelance art. I started out just writing one article at a time for the state farm magazine. I started out painting signs, [ . . . ] designing corrals, you know, sort of one little project at a time, building up my business.

M: Did you experience challenges during your early work experience? If so, what were they?

Grandin: Oh, I certainly did. I can tell you, being a woman and going into a man’s field in the 70s, that’s a huge challenge. If you’ve seen in the movie where I got kicked out of Scottsdale Feed Yard, that actually happened. They actually did put bull testicles in my car. That actually did happen.

M: What did it feel like once you discovered the cattle industry, something you connected with so well?

Grandin: It’s very motivating to find something you really like to do. This brings up a really important thing. If you don’t expose kids to things like cattle, for example, they’re not going to get interested in them. [ . . . ] We need to be exposing kids to all kinds of interesting things.

I think one of the worst things that our schools have done [ . . . ] is taking [skilled trade programs] out. [ . . . ] One of the things about autistic-like kids is that they get fixated on their interests. Too many of these kids are getting fixated on video games and they’re going nowhere.

And some people are saying, “well, you’re just an old fogey who doesn’t like video games.” Well you can’t get paid to play video games. And they’re not learning how to program. The kids that are mathematicians, let’s get them in programming classes. And those are free online, at Udacity.

M: What are some challenges that students with autism might experience?

Down in the states we just had a [non-autistic] student jump off an abandoned cement plant because two other 12 and 14-year-olds were writing things on her Facebook page like, “drink bleach and die.” That’s the stuff that’s printable. The other things they wrote on the Facebook page are not printable. This girl committed suicide.

M: How can we work to combat bullying?

Grandin: Well, one of the things that helps to combat bullying, is that you need to explain to the other students, you know, that the kid has some social circuits not hooked up and they need to be helping this kid, not torturing him. And when you set up those kinds of programs, that can work.

The other thing is to get the kid into shared interest things, like band, the school play, the school newspaper, robotics clubs, art clubs [ . . . ] things that they can do with other students. [ . . . ] Get them involved with the students that are interested in some specialized interest.

M: As you know, not every child has the chance for early intervention. What would you suggest for these children?

Grandin: Getting language started, [ . . . ] [is] the most important thing. If you have two-and-a-half-year-olds not talking, [ . . . ] regardless [of] the reason, the worst thing you can do is nothing. And if you can’t get services, you work with this kid.

One of the big emphases is turn-taking – all kinds of activities where they’ve got to wait their turn. [ . . . ] It’s real, real important. And then all kinds of just, interaction, social interaction stuff… but you’ve gotta work with these kids. [ . . . ] When you have a developmental problem, it’s often hard to wait. [ . . . ] This [concept] was taught to me with board games.

M: Do you think a diagnosis of autism is necessary for children who exhibit symptoms of the disorder?

Grandin: The problem with autism is that there’s such a big spectrum. Even Einstein would be labelled autistic today – no speech until age three. See, there’s kind of like three kinds of kids.

And they all have the same name. And those ones that remain nonverbal or just partially verbal, they’re going to need a lot of services. [ . . . ] The more severe ones, they need the labels.

M: How do you feel about the removal of the term Asperger’s disorder from the new DSM-5?

The problem is these labels are not precise. And what worries me, especially on the higher end of the spectrum [fully verbal], I’ve seen too many kids becoming a label. [ . . . ] I’m seeing too many kids where their label is becoming their total identity; I don’t think it’s good. I don’t like it when 10-year-olds walk up to me and want to tell me about their autism. Tell me about astronomy. Tell me that you love history, or you like cats, or something.

Student housing unit proposed near U of M campus