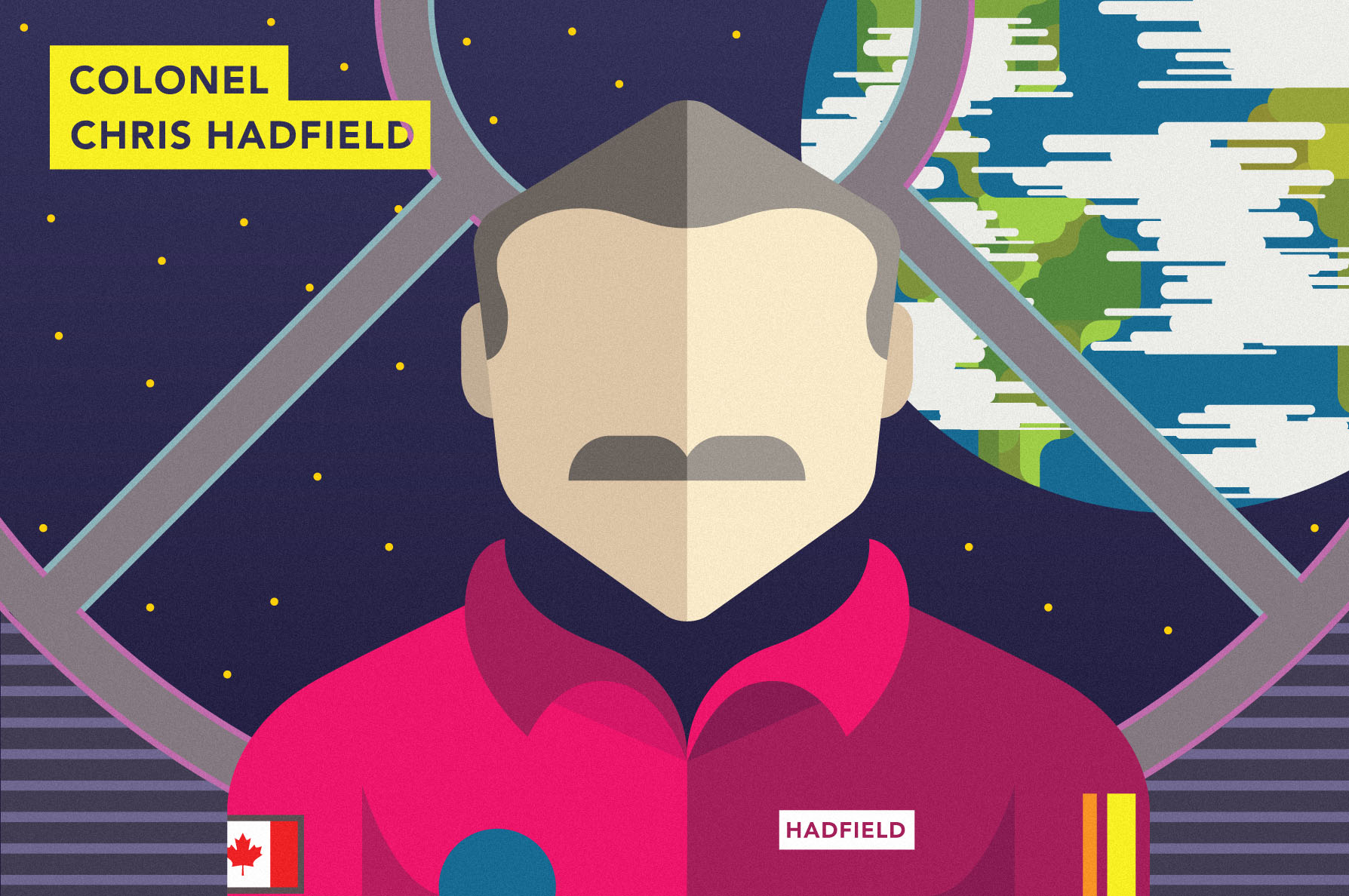 Last week retired Canadian astronaut Chris Hadfield made a stop at UMFM during his book tour for An Astronaut’s Guide to Life on Earth. Hadfield spoke with UMFM program director Michael Elves about his experiences in space and his career path.

Hadfield’s last five-month mission aboard the International Space Station earned him fans around the world. Hadfield connected with people on Earth via Twitter and YouTube, posting videos of himself playing guitar in space.

Hadfield told Elves that “space travel is interesting, and it serves a lot of purposes, [ . . . ] but it’s pointless if it doesn’t have some application back to life on Earth.”

He said that understanding the planet is worthwhile to us, but there is also a cultural side to space travel: what it means to us as a species to be leaving our planet and seeing it the way astronauts do.

Hadfield discussed his initial interest in space exploration, saying that his journey to a career as an astronaut was anything but straightforward.

“It is a wide open idea of having an opportunity way off in the far distance that may some day become possible, and then picking your way through the maze of life so that it improves your chances of maybe getting there someday. [ . . . ] In retrospect, I think a lot of people think it looks like some sort of linear path, and it was not. It was full of dead ends and blind corners and a lot of changed decisions.”

Hadfield said that his career objective influenced how he lived his life, partaking in occupations that suited him more and more each time.

“Each whatever jagged step you take, each reaction to what’s happening [ . . . ] each of those destinations along the way – they are not stepping stones, they are resting places, [in] that if all the stars align, [they] might actually take you even further to the direction you want to go.”

When asked if life’s resting places, as he called them, are comparable to base camps while climbing Everest, he responded, “Only if it didn’t really matter if you climbed Everest or not.”

He said living by a bucket list is the opposite of how he’s lived his life.

“You should wake up every morning with an empty bucket and go to bed every single day with your bucket absolutely full of all the little things that are your true life – because otherwise you walk around your whole life with a partially empty bucket, which seems just like a sad way to live.”

At the end of Hadfield’s book, he addresses the question of what he will do now that his journey in space has ended. He referred to his space travel as existing on a long continuum of experiences in life that he is challenged by and enjoys.

As of December 2012, Hadfield had been an astronaut for 20 years, but he had only been in space for 20 days, a point he made to show that the life of an astronaut is not in space; rather, it is in preparing for space travel.

Hadfield has spoken to the public thousands of times, and said that over this period he has learned that his speeches must teach what is useful about flying in space, all the while capturing people’s attention.

“I’m not just a juggler up there entertaining people. But at the end of it they come away with, ‘wow, that was really good juggling, but I learned some stuff, too,’ and the book is just the result of that.”