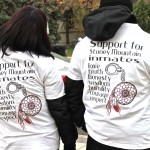 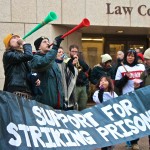 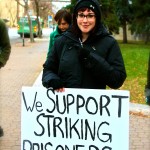 In May of 2012, Public Safety Minister Vic Toews announced a plan of the federal government’s to implement changes to prisoners’ wages. At the time, Toews said the changes would save over $4 million each year. The government redirected 30 per cent  of wages towards room and board.

The federal government has also increased the number of items that prisoners are required to buy for themselves. This includes hygiene items such as shampoo, soap, and deodorant. Costs for phone calls, stationery to write home on, or stamps to send a letter also increased.

Before the cuts, the prisoners were making below minimum wage in all provinces. The maximum amount that a prisoner could make was $6.90 per day. This amount was the leftover pay after a deduction for clothing, room, and board.

Most prisoners did not even make this amount, instead receiving, on average, three dollars per day for their labours. These jobs included work such as garbage collection, cleaning, and food preparation.

Prisoners may also take part in a rehabilitation program called CORCAN, an organization for prisons that provides incentive pay for its workers. The workers earn an extra $1.25-2.50 per hour for more specialized construction and repair work. If an inmate makes more than $69 every two weeks, he or she will see another 25 per cent deduction on their cheque for room and board.

This incentive pay from CORCAN will be removed.

Inmates often send home money left over after buying soap and shampoo to their families, as a substitute for the income they cannot earn outside the walls.

These limits are what a parliamentary committee determined to be reasonable 32 years ago. Since the committee set the rate in 1981, prisoners have not received a wage increase to account for the over 700 per cent cost increase due to inflation.

Prisoners in Ontario decided to strike as a means of protesting what they saw as an unjust move by the government in lowering their wages. The strike spread outward, landing these last few weeks in Manitoba.

On Oct. 8, federal inmates of Stony Mountain Institution walked off the job. On Oct. 23 a group of about 50 protesters gathered outside the Winnipeg Remand Centre with trumpets, bells, drums, and whistles. They made as much noise as they could in the hopes that it would penetrate the centre’s walls and lend support to the strikers.

The centre itself was silent. According to one protester, this was because the centre’s guards had “locked all of the prisoners down in their cells [due to the protest] otherwise they’d be up against the windows.”

Shelagh, a leader of the protesters, spoke of how her group, The Prison Strike Support and Solidarity Network, set up a fund for donations that can be made to those on strike.

Another organizer read from an email that discussed how the wage decrease would affect the children and family members of prisoners.

Ryan, another protester, told the Manitoban that he feels the government is restricting the rights of prisoners to be duly compensated for their work.

All protesters seemed to agree on one thing: the $4 million per year saved by implementing the wage reduction is, as Ryan said, “not worth the lives of the people it jeopardizes.”

Despite numerous requests, neither the Winnipeg Remand Centre nor the Manitoba Department of Justice was available for comment as of press time.