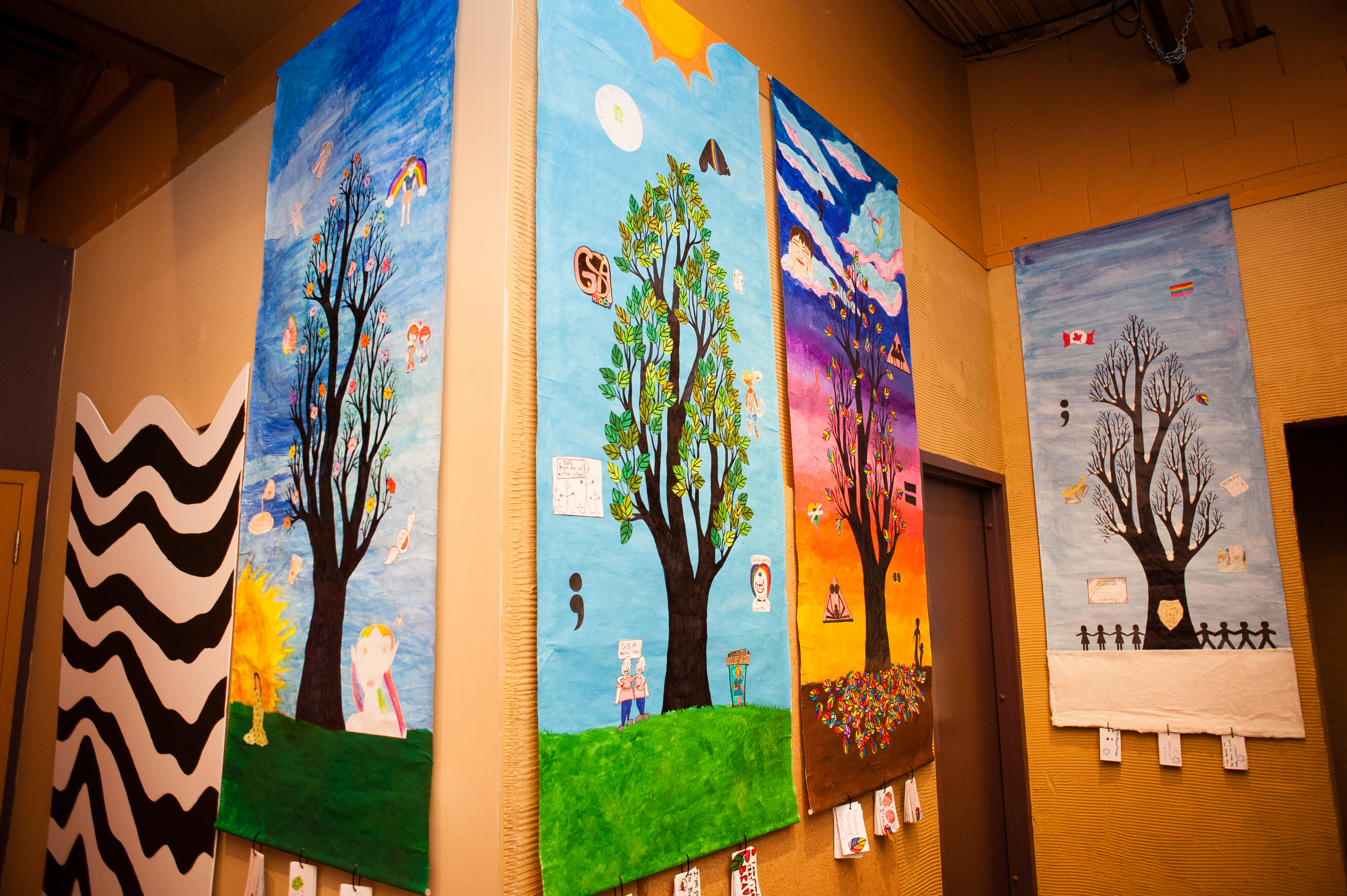 While the Pride Parade is a memory from another season, many of the sentiments collected from that day have found a new form. The multi-panel art project “Messages of Pride” was unveiled on Oct. 15 and will remain on display at the Gas Station Theatre throughout the REEL PRIDE festival, and until Oct. 25.

REEL PRIDE board member Annette Schultz didn’t know what the final form of the art project would be when she began handing out index cards at the Pride Parade, asking people to record what they were proud of on that day. Schultz knew it would become art, but wasn’t exactly sure how, so the  Rainbow Resource Centre (RRC) was asked to take on the task of turning the cards into a piece for REEL PRIDE.

At the end of the summer, local artist Tim Haughian began working with the youth attending the peer support program at RRC.

“Before anybody picked up a paintbrush we had great discussions on everything from politics to philosophy,” says Haughian.

Together, they discussed the messages they had received on the index cards and considered them carefully.

“We wanted to be able to be inspired by the cards, [to] come up with symbols that would evoke the same emotions that the cards invoked in us.”

The final result is a piece that balances consistency and change, and while many of the symbols are clearly celebratory, like “loud and proud,” others reflect more somber issues.  Two of the panels feature a large semicolon, meaning “could have ended, but didn’t.”

Haughian explains that they found many cards expressing pride in having survived suicide attempts, and they wanted to note this, celebrate it, and be sure that others could feel open about discussing it. He sees these expressions not as a plea, but as the success of a strong community. “It’s working. They chose life.”

Haughian believes that art is therapeutic for the youth who worked on the project, and for the community at large, and he will continue working with the youth at RRC.

“I’m totally committed to supporting this group; I think it’s great that kids have access to [it]. It’s doing a lot of good and I am determined to do as much with this group as I can.”