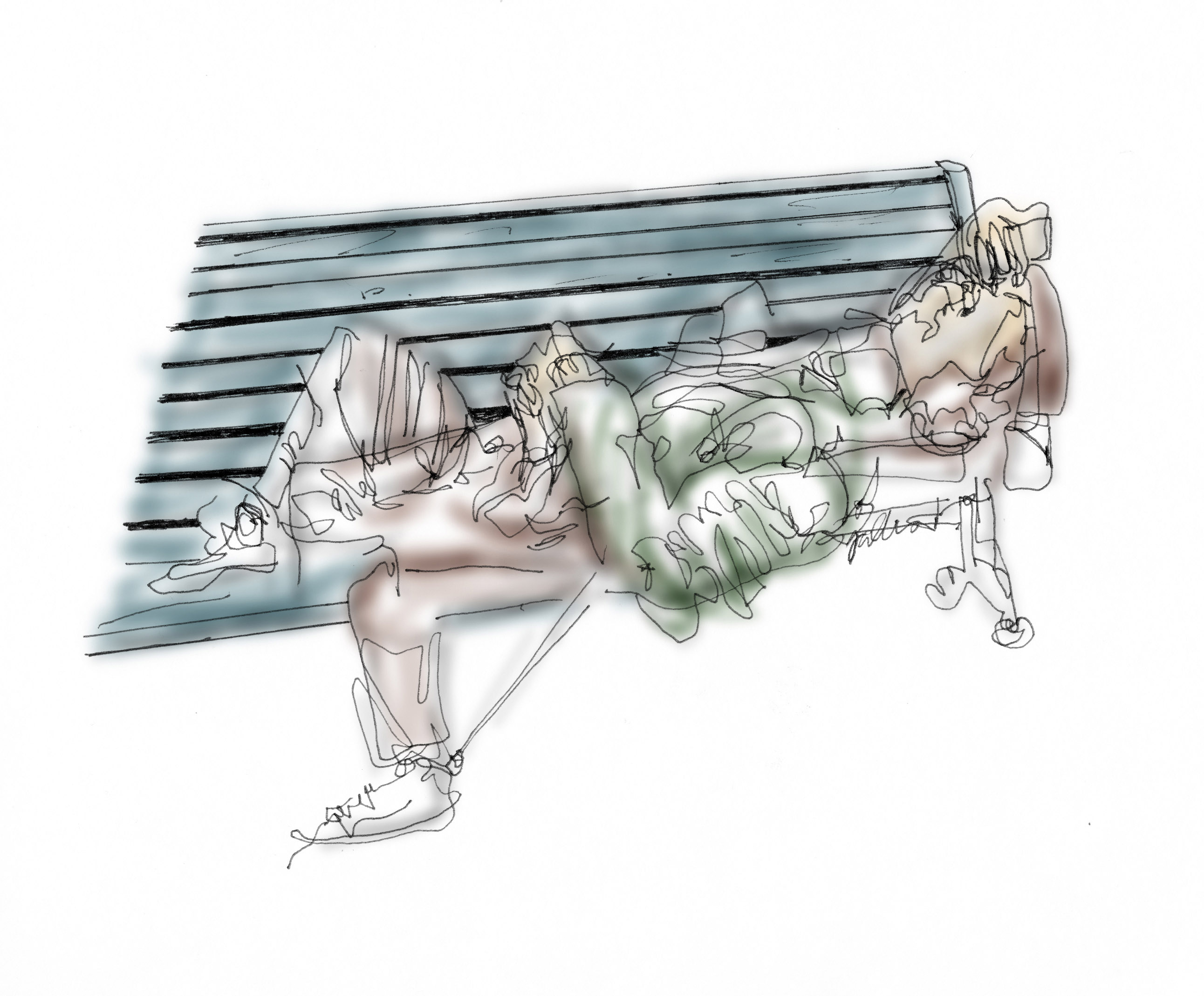 It is a well-established fact that rates of mental disorders (e.g., anxiety, depression, schizophrenia) within the general population are strongly correlated with income. In other words, as individual incomes decrease, rates of mental disorder sharply increase. This consistent relationship has been demonstrated around the world and, in reference to both mental and physical health, it has come to be known as the social gradient in health.

However, until the last 15-20 years, two apparently contradictory meanings or interpretations of the inverse relationship between income and mental health were supported by different sets of scientific findings.

On one hand, some research suggested that development of a serious mental disorder caused people to (a) achieve lower levels of education, relegating them to low-paying jobs and/or (b) become less employable, especially at highly skilled, well-paying jobs, which in turn caused their income to decline significantly. Essentially, the so-called social selection hypothesis argued that mentally disordered persons were over-represented among the poor because they were handicapped economically by their disorder.

On the other hand, the so-called social causation hypothesis argued that mentally disordered persons were over-represented among the poor because poverty, with all its attendant disadvantages, was a major (perhaps the major) driver of mental disorder. That is, poverty caused mental disorder, rather than resulted from mental disorder.

This debate between competing interpretations of the relationship between poverty and mental health was not only important scientifically; it also had great practical importance. The social selection hypothesis suggested that nothing much could be done about the poverty of mentally disordered persons, whereas the social causation hypothesis suggested that mental disorder could be reduced by taking steps to reduce poverty. Moreover, those who adhered to the latter position further argued that society has a moral or ethical obligation to take such steps, as poverty and the relatively poor health of those living in poverty were unfair and reprehensible.

Fortunately, recent longitudinal research, combined with sophisticated statistical modelling largely ended the above debate by showing that, although both social selection and social causation occur (i.e. they are not mutually exclusive processes), they are not equal in their influence. Developing a serious mental disorder can be (but is not always) a major, life-altering event with direct economic consequences. However, research has also shown that social causation is far more significant in accounting for the strong relationship between poverty and mental disorder.

It is meaningful to distinguish between the effects of poverty defined as material deprivation regarding the basic necessities of life (e.g. food, clothing, shelter) and the more subtle psychosocial effects of poverty defined as economic inequality. Material deprivation involves chronic and/or repetitive exposure to major stressors such as (a) insecure, crowded, substandard housing; (b) unemployment, insecure employment, or employment in high stress/low control jobs; (c) living in noisy, unsafe neighborhoods; and (d) gendered violence, to name just a few. Social inequality involves conditions such as discrimination, powerlessness, lack of opportunity, social scorn, and internalized low self-esteem.

Both material deprivation and social inequality result in destructively high levels of physiological arousal, cognitive impairment, affective arousal, and affective distress (e.g. depression). Some research has even suggested that people chronically exposed to the effects of poverty lose the ability to regulate their internal state and thus remain unstable and over-reactive indefinitely. Moreover, individuals disabled by poverty often cope in counterproductive ways, such as through substance abuse and antisocial behaviour, which exacerbates their problems, alienates social supports, and further impairs their mental health.

The dynamics described above apply primarily to adults whose development is relatively complete. The negative consequences of these dynamics are multiplied many times when you consider that mentally and economically disadvantaged adults are less capable of providing adequate material, social, and psychological resources (e.g. consistent, nurturing parenting) needed by their children, who are still developing and, therefore, are more vulnerable to deprivation.

Most mental disorders originate in childhood and adolescence. Many of the mental, emotional, and behavioural problems common to these ages (e.g. social anxiety, low self-esteem, learning difficulties) are resolved, especially with professional treatment. However, many such problems worsen over time and can significantly decrease the odds of children successfully negotiating the many developmental tasks facing them on their path to healthy adulthood.

For nearly three decades, middle class incomes in both the United States and Canada have stagnated in real dollar terms and lower class incomes have actually decreased. In contrast, the incomes of the top 10 per cent have increased enormously. Essentially, the middle class is being hollowed out and more families are descending into poverty. Economic insecurity among young adults is rampant and it is predicted that this generation will be, for the first time in modern history, significantly less affluent than their parents.

No less an authority than Alan Krueger, Chairman of the U.S. Council of Economic Advisers, has stated with alarm that we are increasingly becoming a “winner take all economy” in which the few become very wealthy at the expense of everyone else, especially those at the bottom of the economic ladder. It is no wonder that rates of mental disorder are increasing and that the World Health Organization has forecast that mental disorders combined with substance abuse will soon become the greatest source of health-related disability in the world.

What could you do here in Manitoba to help reduce poverty and, consequently, reduce suffering due to mental disorder?

First, lobby your MLA or Premier Selinger for long overdue increases to the Employment and Income Assistance program, about 80 per cent of whose recipients are either disabled or single mothers staying home to care for young children. Similarly, lobby the government to increase the provincial minimum wage, which is significantly below the living wage necessary to meet basic needs. Third, support income supplements, administered through the tax code, to provide non-stigmatizing help for poor individuals and families. Last, support policies that promote job growth, healthy workplaces, affordable housing, and safe neighbourhoods. There are organizations locally engaged in all of these efforts. Get involved. Speak out. It will be good for your mental health.

Dr. Bruce Tefft is an associate professor of psychology at the University of Manitoba.

Belly dancing: a good way to explore your sensual side