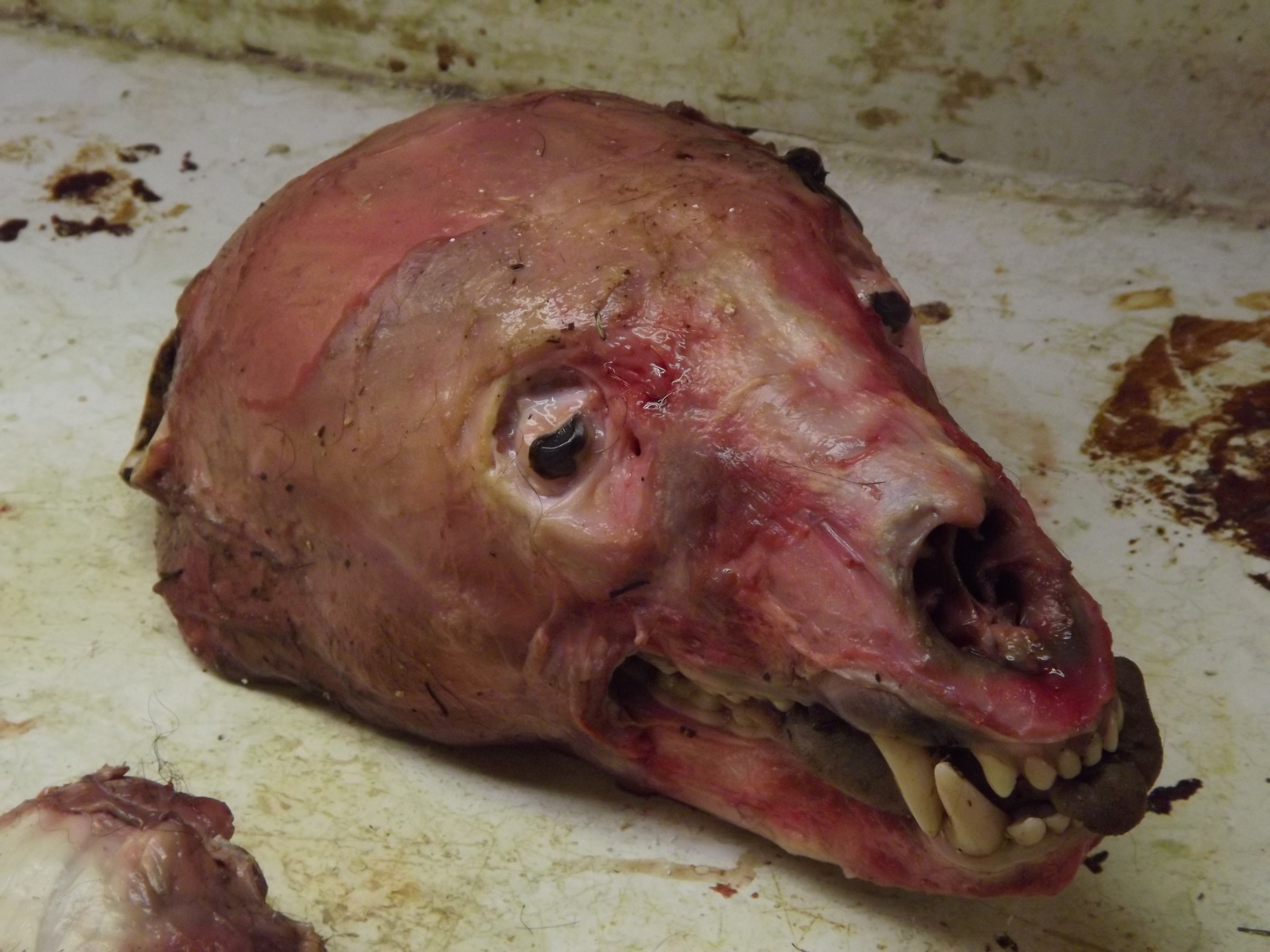 The scent of meat is great, when the meat is cold or cooked. When the flesh is warm and raw I experience a heady high, my body telling me something of import is occurring. Or maybe it was the lingering pheromones of an apex predator, triggering my flight and more flight response. Whatever the cause of my giddy headedness, I held myself together until I exited the Telesky Taxidermy shop, at 545 Arlington. Then I took a moment to recuperate, and several days to think.

I went into the experience expecting to be witness to an art form. I was witness to many. The craft of taxidermy is so skilful that I’m sure to butcher the description (that’s why they call making an inaccurate mess “butchering,” not “taxidermying”).

I’ll try my best to list the skills I was witness to, rest assured that I will err in my recall and/or description of some of the aspects of this multifaceted pursuit.

There’s the painting of fish moulds; the moulds are suited to the size of the fish caught by the person who orders the trophy, the mould then painted with unerring precision, to match the dappling of the specimen (nowadays often released after caught) whose photos and measurements provide the template. The old method of drying the fish and stretching its skin over a mould is used sparingly now, though Telesky Taxidermy had a box full of just such skins, salted to dry, in the basement.

Mammals are a much gorier (read: “suited to this feature”) endeavour. The techniques of removing the flesh while keeping the skin of an animal intact are myriad and demanding. Difficult parts of animals may be hung by what bodily parts have already been freed to allow the hide’s weight to gently part it from the muscle, tendon, and other fleshy bits I can’t identify. Hides are planked, spread over a board, and painstakingly stripped of flesh. A skin may then be cleaned with small knives; precision is the call of the day for the finicky bits, like inner eyelids. Skins are dried using salts. The final product is stretched over plastic and foam moulds (different, more durable moulds for rugs) and given the aesthetic touches—eyes, teeth, darkening paint touchups to overly bleached exposed skin—necessary to get as close to life as possible. I was witness to a bear being prepared. Ron Chascewski was working under the tutelage of David Baxter, current owner of the shop, possessor of 48 years of taxidermy experience. The owner mentioned that he hoped Chascewski would be the one doing the tutoring a few decades down the road. The business is close-knit. Baxter recently bought the shop from his brother Jim, who had purchased it from the original owner, Ron Telesky. Jim and David both got their taxidermy starts at Hawkins Taxidermy (which is no longer operating) nearly five decades ago. David Baxter noted that he could not think of anyone locally who had been at the craft as long as he and his brother.

After some time in the basement Baxter took a break, clearly at home in his shop and proud of his wares, and explained the pieces he found most interesting as I toured the storefront of the shop. From polar bears and wolves to ducks and fish, the trophies lining the shelves, walls, and ceiling attested in their still (un)lives to the artistry of their (re)creators.