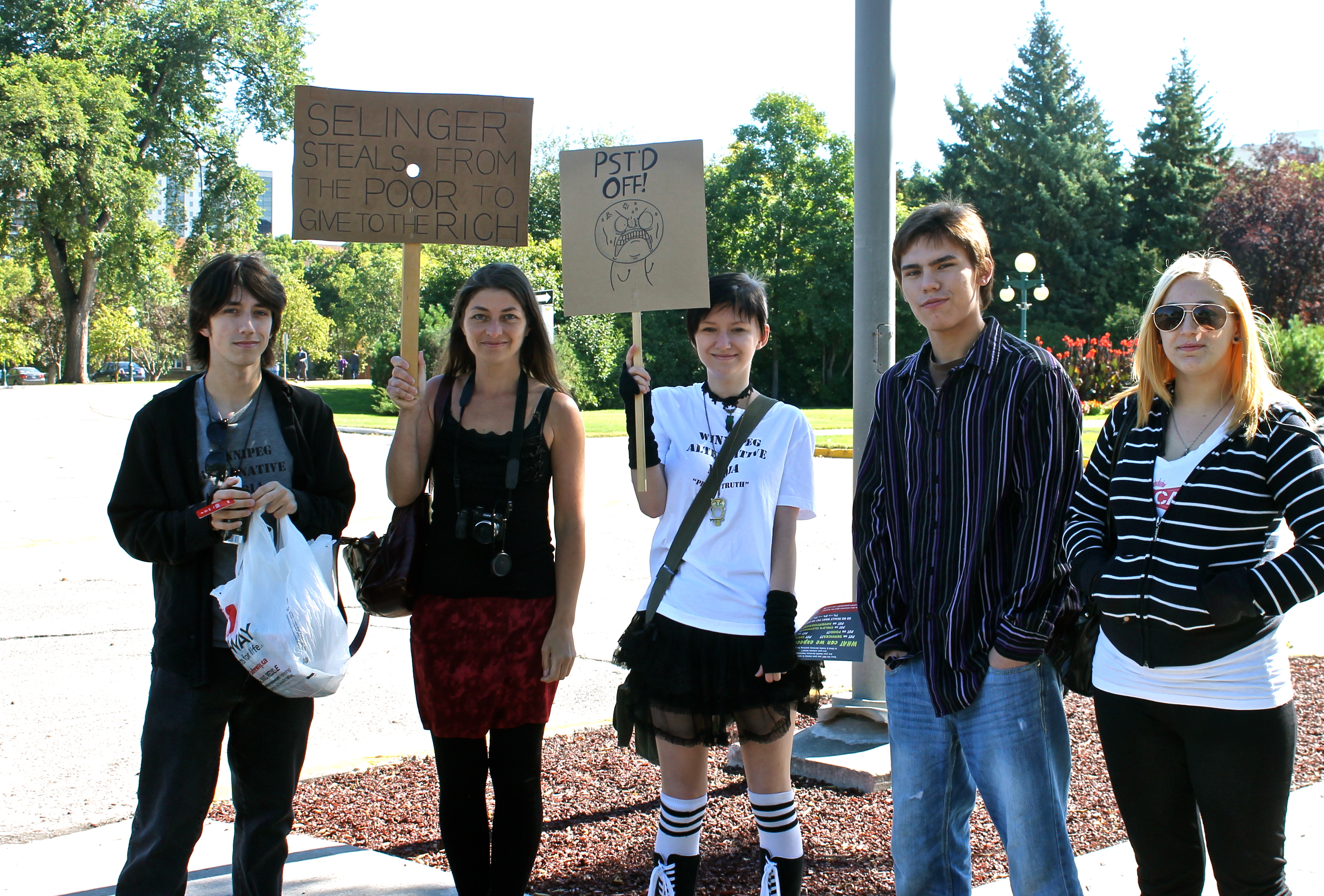 Entrepreneur Robert Half once said, “People try to live within their income so they can afford to pay taxes to a government that can’t live within its income.” This is a sentiment personified no more obviously than in our own NDP provincial government, which recently raised the provincial sales tax rate of Manitoba to eight per cent – not only breaking the law which requires that the ruling party hold a referendum vote on issues of great importance, but saddling us with far reaching consequences with regard to the provincial deficit, which currently has our province more than $500 million in debt.

When one sees a figure like that, it is perhaps not too hard to imagine why our government wanted to raise taxes. In fact, with the PST raised to eight per cent, the provincial government is expected to increase its tax intake by about $277 million per year, or $437 per household according to economists at the Fraser Institute.

One would assume that the increase in taxes might be used to pay off the debt. Many of us have student loans, and if we suddenly started making significantly more money we’d probably use that money to get ourselves out of debt sooner ‑ that would be the logical thing to do.

Apparently, the government disagrees. All of the additional revenues collected are instead supposed to go towards improving our infrastructure and capital investments, and while I would normally have no problem with the notion of better hospital service (being an anaphylactic, epileptic klutz who’s in the hospital far too often), our government actually has a legal obligation to eliminate the entire provincial debt and balance the books by the 2014-2015 fiscal year.

By law they are supposed to have zeroed the deficit by next year and we are currently at a projected $518 million in debt, with Budget 2013 showing no sign of even beginning to chip away at that massive figure. Greg Selinger has acknowledged this himself, saying that he is giving his party “more wiggle room to deal with reality” by pushing the balanced budget due date back to 2017, effectively breaking the law his own government established; although of course, as of right now, no actions have been taken to pursue any legal penalty.

That our government can show such flagrant disregard for its own laws and get away with it ought to bother everyone. If I broke a law I would certainly be prosecuted and held accountable to my government and fellow citizens. Why doesn’t it go both ways? It is troubling that more people aren’t willing to stand up to bad leadership and a lack of fiscal responsibility.

That’s not to say that some people aren’t pushing back. Over the weekend I attended a protest at the Manitoba legislature that sought to fight back against the breaches of justice by Greg Selinger’s government in the enforcement of the tax hike. Though perhaps not the most effective protest, as it was attended by only about 20 people, I couldn’t fault them on their enthusiasm or call them uninformed. While the organizer, Jessie, pounded the pavement with his megaphone trying to draw attention to his cause, I had a chance to talk to several of the other protesters and hear their takes on the issue.

Most of them supported Jessie’s main message, which was that we should be filing civil charges against Greg Selinger and his party at the Court of Queen’s Bench. They wanted Selinger prosecuted as a criminal – the same treatment any of us would receive if we broke a provincial law. One protester, Michael, expressed frustration with the official opposition, angrily proclaiming it “a dereliction of their duties not to challenge this.”

Unfortunately, Jessie and his group were small voices shouting in a sea of apathy, because the fact is that many people won’t look beyond the one per cent more they now pay ‑ to them it simply isn’t that big of a deal. Certainly, when buying a bottle of pop, the extra penny on a dollar doesn’t mean much. But what those people fail to consider is how the tax increase will affect the amount paid in buying a car or a house.

Consider any of the multiple other increased taxes that the NDP is levying against Manitobans this year, such as those on cigarettes, fishing licences, car impounding fees, and business registrations. Or the increased taxes from last year on gasoline and tobacco. Or even the Corporation Capital Tax on Financial Institutions, which applies to all commercial banks and—according to Michael Bennaroch, dean of the Asper school of business, in an April interview with CBC News—will potentially result in increased banking fees for clients. All of these come after the NDP’s 2011 election promise to not raise our taxes.

Our own personal expenses aside, a higher PST rate will also increase the cost of doing business, leaving entrepreneurs with less money with which to operate ‑ money that could have gone towards the maintenance and creation of jobs. That could mean a reduced number of businesses operating, and, with minimum wage also rising in October, less money available for expansion or improvement. We’ll likely have fewer businesses with less money to operate and an inability to hire as many people as they might have otherwise. The job market will probably become more competitive and citizens with lower levels of education will be put at a disadvantage, forced to rely more and more on social services. The result of that scenario would be more government money allocated toward these services and the deficit growing even higher.

Is this what Manitobans want? You may not have said yes, but your silence is giving the NDP all the affirmation they need. Our indifference allowed Greg Selinger to waive our legal right to a vote on the topic of our tax increase, allowing him to break the law and get away with it. In the words of Michael the protester, “Maybe Manitobans want an increase. Maybe they want to pay one per cent, two per cent, even five per cent more for shit, but we’ll never know because there was no referendum.”

What it comes down to in the end is a need for change. Selinger’s NDP has shown a lack of fiscal and ethical responsibility, and only because of persistent indifference from the citizens of our province. Are we so cynical that we don’t believe that we can change anything?

To quote a professor of mine, Dr. George MacLean: “Meaningful change probably requires action by groups of individuals who seek it. If we aspire to real progress, then all of us must commit ourselves to political action rather than succumb to apathy.”

With the way our taxes keep going up, apathy is something we can no longer afford.