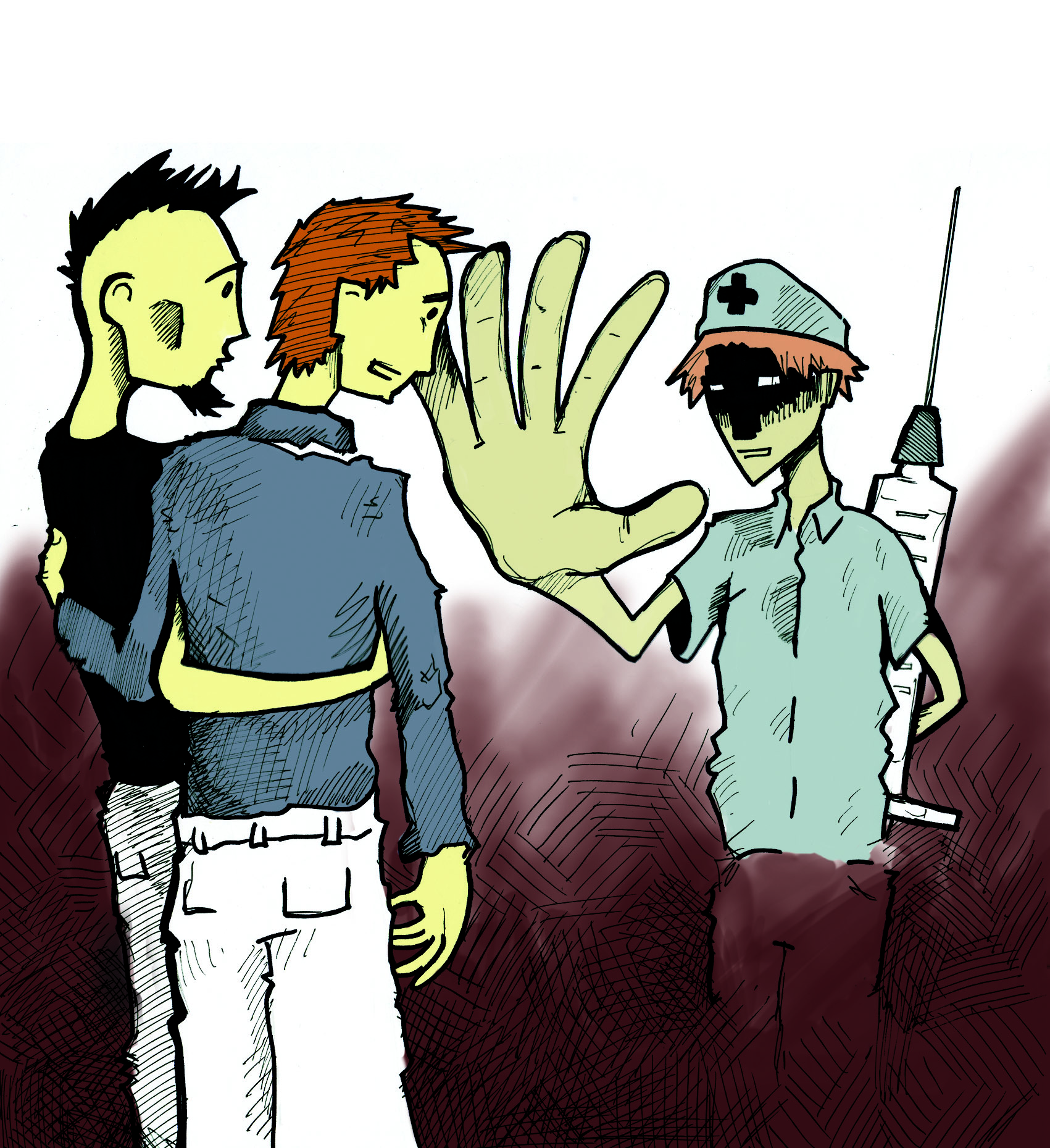 Apparently it’s not inside everybody for giving – for example, someone like me, a bisexual male.

According to the rules set by Health Canada, I will not be an eligible blood donor for another five years. And that is only if I abstain from having sex with men, a rather significant sacrifice just to donate blood.

After waiting several years finishing a string of piercings and tattoos, I finally made an appointment to donate blood. After getting to the clinic, signing in, and passing the basic physical test, I reached the single question which made me unable to donate: “Male donors: In the last five years, have you had sex with a man, even once?”

I was shocked. I answered truthfully that I had. Then I was asked when my last sexual encounter with a man occurred. I gave the blood services attendant the honest answer that my last male sexual encounter had occurred the previous weekend.

I realize that I could easily have lied and passed the questionnaire, but I would rather be rejected for telling the truth than lie for something I am not ashamed of.

After I completed the quiz, the attendant returned to comment on the question I failed. She explained that I would not be able to donate for another five years. She also mentioned that this was a new, more lenient rule and how having sex with a man at any time in the past would previously have rendered me permanently ineligible to donate. Progress.

The gender someone chooses to have sexual relations with should not dictate their eligibility for blood donation.

This is wrong for so many reasons. The first is the simple fact that this rule is discriminatory based on sexual orientation, though worded in such a way so as to not appear to be explicitly discriminating against men who have sex with men. It’s based on the false assumption that homosexual intercourse is synonymous with a higher risk of having been exposed to HIV.

It doesn’t make sense that a man and woman can perform the same actions together and be deemed acceptable donors but two men are rejected. This brings up another point: the rules don’t just stop at men having sex with men. A question is directed at females asking whether they have, in the last year, had sex with a man who has had sex with another man in the last five years. This shows exactly what kind of attitude Health Canada has on the safety of sex between men.

When I’m with males or females, I practice safe sex. I am aware of my partners’ sexual history and only interact with people who I trust, yet I am defined as an HIV risk. What makes me different from a heterosexual male when it comes to safety? Quite simply, this is an outdated perspective on sexual safety.

This type of discriminatory regulation has no reason to stay and every reason to go. It limits the eligibility of potential safe donors. For what purpose? To satisfy a fear based on a stereotype? This rule needs to change, though when that will happen is hard to predict. The new change that just occurred took decades, and was only a twitch in the right direction. Hopefully a twitch that leads to a step.