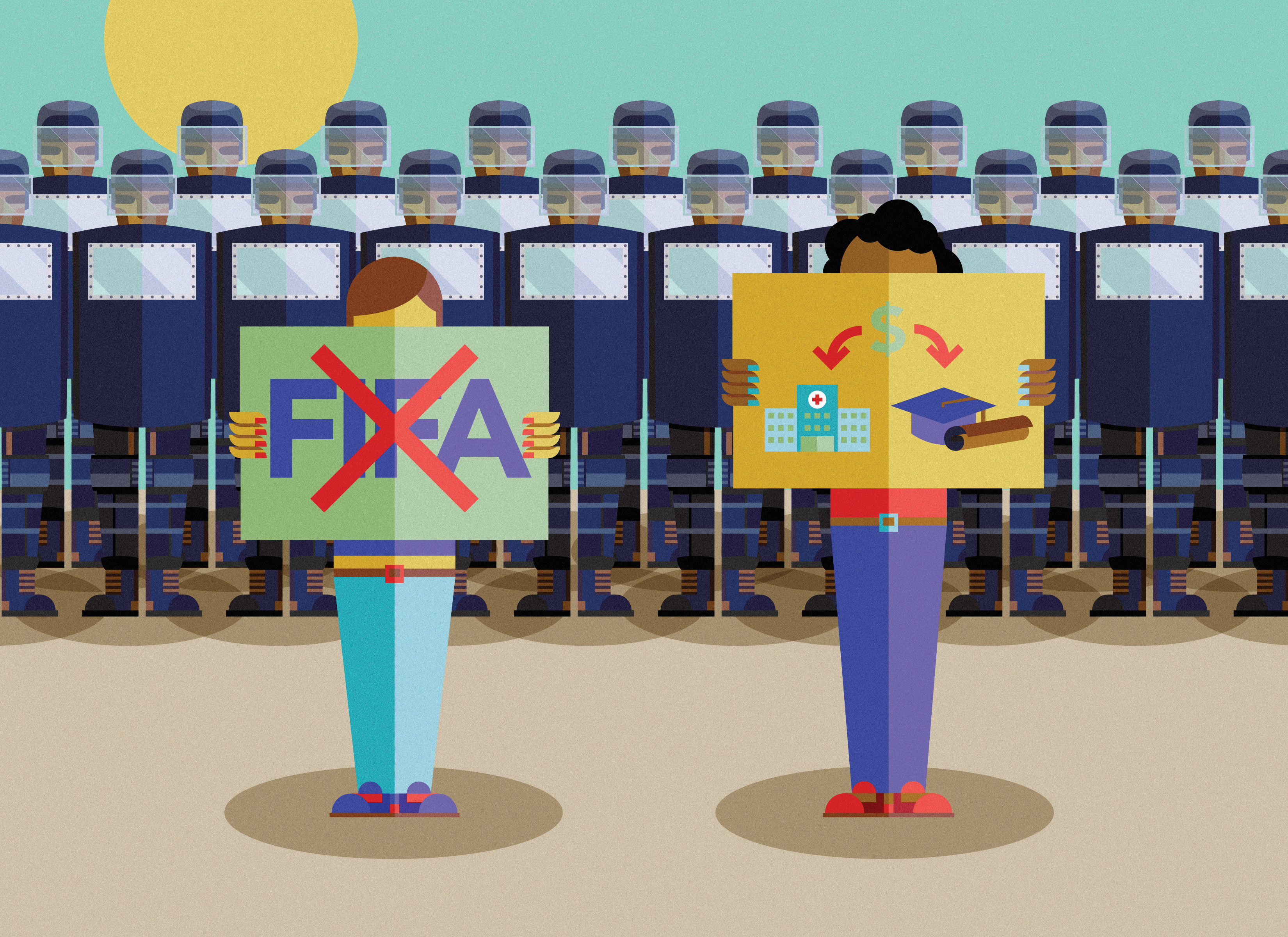 Next July, the soccer world will turn its attention to Brazil for the 2014 World Cup.  In my mind, Brazil is to soccer what Canada is to hockey: the Brazilian national football team has won more World Cup titles than any other country.

With such a storied tournament history, it seems reasonable to assume Brazil would be a perfect fit to host such a prestigious tournament. Hosting international events, like World Cups or the Olympics, stirs national pride and unity unlike much else. Take the 2010 Vancouver Olympics or the 1995 Rugby World Cup in South Africa as prime examples of that point.

In Brazil, however, concern has been raised about whether or not Brazil’s new facilities will be ready in time for the World Cup. Currently, six of the 12 stadiums scheduled for use during the World Cup are still under construction, and FIFA has mandated that construction must be completed by the beginning of next year.

Brazil hosted the 2013 FIFA Confederations Cup from June 15-30, with the intention of testing the Brazilian sporting facilities ahead of the tournament. FIFA secretary general Jérôme Valcke claimed in a blog posting on FIFA’s official website that the tournament was deemed a success, but did note that issues arose that have garnered FIFA’s full attention.

“You cannot expect everything to run perfectly in brand new stadia,” said Valcke.

“That is where we will concentrate our efforts, as we seek to ensure the FIFA World Cup will be a roaring success for the teams, the fans and, most importantly, for the host nation Brazil.”

It’s not just construction delays causing concern for organizers. There has been growing civil unrest amongst Brazilian citizens, which has steadily spread throughout major cities around the country.

What began as a public demonstration to protest a transit fare increase transformed into a widespread movement to rally against the government. Thousands of protesters showed up to rally during the Confederations Cup, blaming the Brazilian government for allocating too much money to the construction or renovation of football stadiums instead of focusing that public money and effort towards solving the many pressing socioeconomic issues that affect the Brazilian people. Violent clashes between protesters and police in the streets have only provided further justification for outrage.

Some reports have estimated that upwards of two million citizens participated in the June demonstrations. The protests have subsided for now, though Brazil remains a political powder keg.

FIFA’s financial model is partially to blame for the outrage witnessed in Brazil. Governments make a bid to host events, knowing full well that there will be steep costs associated with hosting. South Africa spent over US $5 billion on stadiums and other upgrades when they hosted the World Cup in 2010. Three years later, the debt remains as multi-million dollar stadiums sit virtually unused. It is uncertain whether or not South Africa will ever fully recover from their World Cup debt.

Meanwhile, FIFA made well over US $2 billion from the 2010 World Cup, due in large part to the sale of television rights. None of the direct television and promotional profits from FIFA’s events get back to the host nations to help subsidize stadium construction, nor are any of the profits taxed by the host nation.

However, in light of the protests, FIFA has promised to pledge at least US $100 million into a social fund for Brazil to help offset some of the debt associated with hosting. A similar fund was set in place for South Africa, its first approximate US $5 million distributed to over 900 beneficiaries this past January.