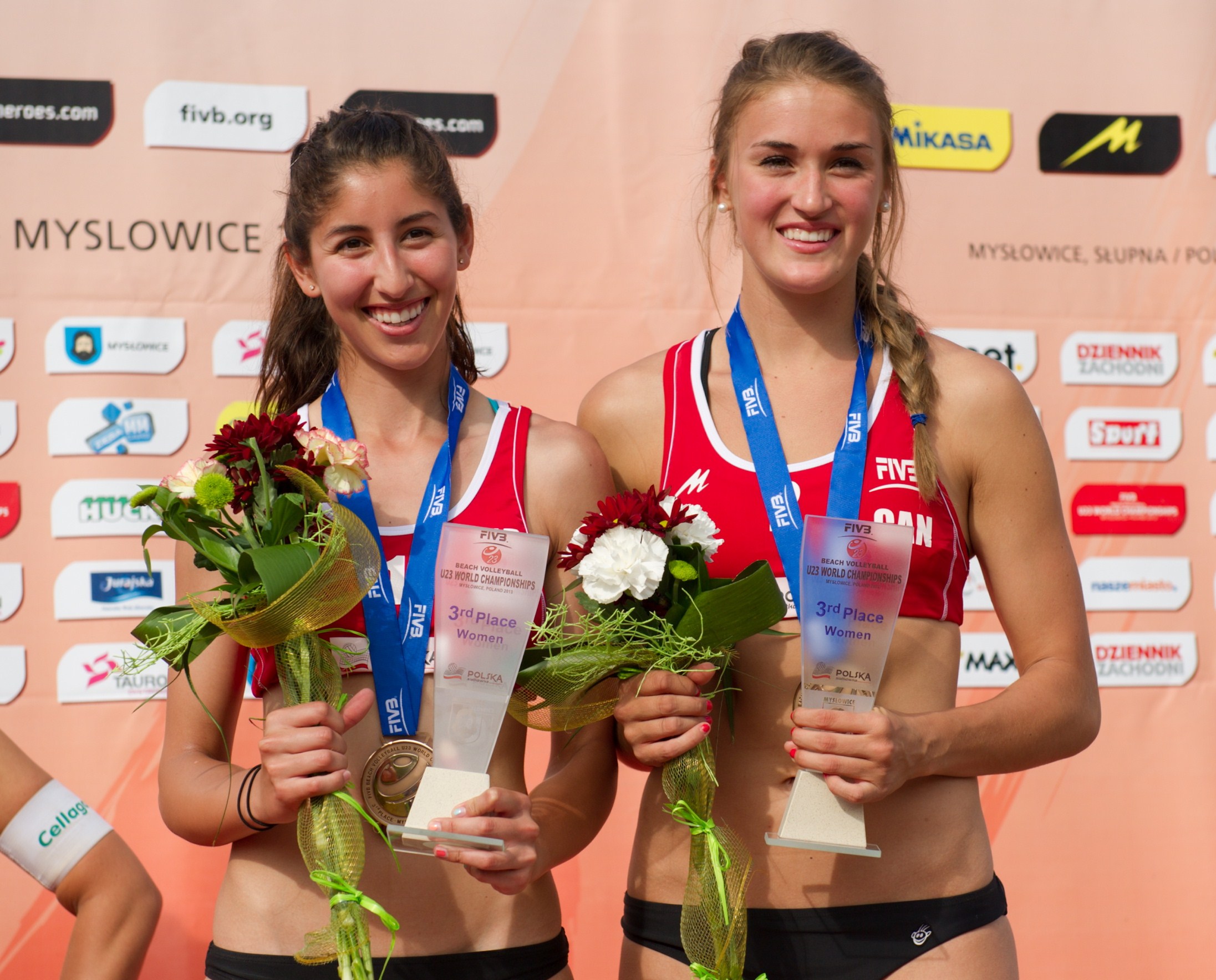 After a successful first season with the Bisons, left-side hitter Taylor Pischke and her match partner Melissa Humana-Paredes of York University won the bronze at the 2013 FIVB U23 Beach Volleyball World Championships in Myslowice, Poland.

The pair defeated Eliska Galova and Adela Machova of the Czech Republic in a decisive third set, with Pischke nailing the winning spike to secure the bronze medal finish.

Pischke, who spent a year down south playing for the University of California Santa Barbara on an indoor/outdoor volleyball scholarship in 2011, will enter her second year with the Bisons in 2013-14. Pischke and Humana-Paredes are slated to represent Canada in beach volleyball at the 27th FISU World Summer Universiade in Kazan, Russia, alongside fellow Bison teammate Rachel Cockrell. The tournament runs from July 8-12.

The Manitoba Bison Track and Field program added a familiar face to their coaching staff for the upcoming season. Bison alumnus Alex Gardiner, who most recently was the Olympic head coach for the Canadian track and field team at the 2012 London Summer Olympics, will be the new Bison speed and power coach for the 2013-14 CIS track and field season.

Last year in London, Gardiner, 63, guided Canada to their best athletics performance at the Olympics since 1992. Now, he returns to the University of Manitoba where he started his track and field coaching career as Bison Track and Field head coach from 1984-92. During his time as a coach, he guided the program to four overall men’s CIS Track and Field national championships, and two Cross Country national championships.

“I am pleased and very honoured to be back at the University of Manitoba where I started my career as a professional coach,” Gardiner commented.

“It will be my privilege once again to work with exceptional coaches and leadership in the Bison Athletics Program and to share what I’ve learned in 20+ years of Olympic and International Sport. Bison Track and Field head coach Claude Berube and I, along with our colleagues, are committed to bringing a CIS Championship back to the U of M.”

The experienced freshman in the paint

Hometown hoopster gives Bisons men all they can handle