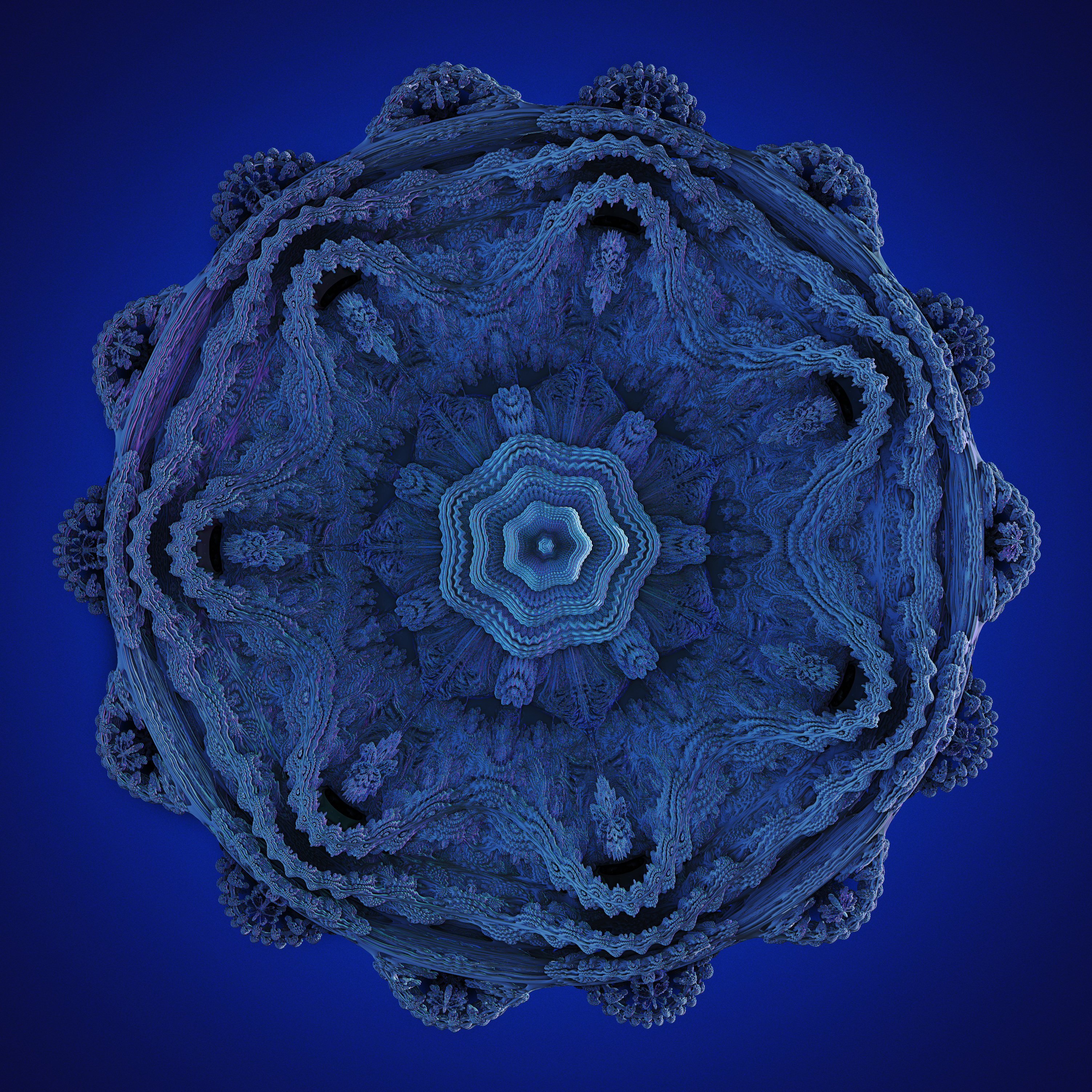 You may not have heard of fractals before, but they are everywhere around us.

So, what are fractals?

A fractal is a self-similar shape that repeats itself at smaller and smaller scales.

Perhaps one of the most famous fractals is the Mandelbrot set, named after Benoit Mandelbrot. Originally discovered in the 1980s, the Mandelbrot set was a visual representation of a very simple formula. The formula was designed to feed off its own changes to create many possible combinations.

When the formula was first shown in a visual format—or mathematical visualization—it appeared as a bug-like shape, with little bumps on the edges which were taken by Mandelbrot and his colleagues to be nothing more than graphical errors due to low computing power.

As computing power increased, Mandelbrot was able to see more and more detail, and came to realize that the small bumps on the edges were smaller versions of the larger shape. The more computing power was allocated to showing the formula, the farther and farther Mandelbrot could “zoom in.” It should be noted that one couldn’t really zoom in on a fractal, but that is the best way for our minds to make sense of a graphical representation of a formula.

What the Mandelbrot set brings to life is the fact that very simple formulas can lead to very complex structures. Fractals give us a way to make sense of what can seem to be overwhelming complexity.

It is interesting that fractals occur so often in nature, and in human activity that is not explicitly planned out. For example, the Internet may be planned in each of its individual sections, but it is a chaotic system overall. Interestingly enough, it has organized itself into a fractal design, where one section of the Internet “looks” like another, which is not dissimilar to our lungs or our circulatory system.

A business can be structured in a fractal way, with each subsection being a microcosm of the entire organization’s structure.

Fractals appear to be a natural way for our environment to manage increases in size and complexity without becoming chaotic or unstable. While there is still much to be learned and understood about fractals, it is clear that they are a deeply embedded part of our natural world, and they may hold the key to understanding many aspects of our planet, our society, and our minds.

Japan shows dignity in the face of tragedy

1 Comment on "What the frac? Self-similar shapes in nature"