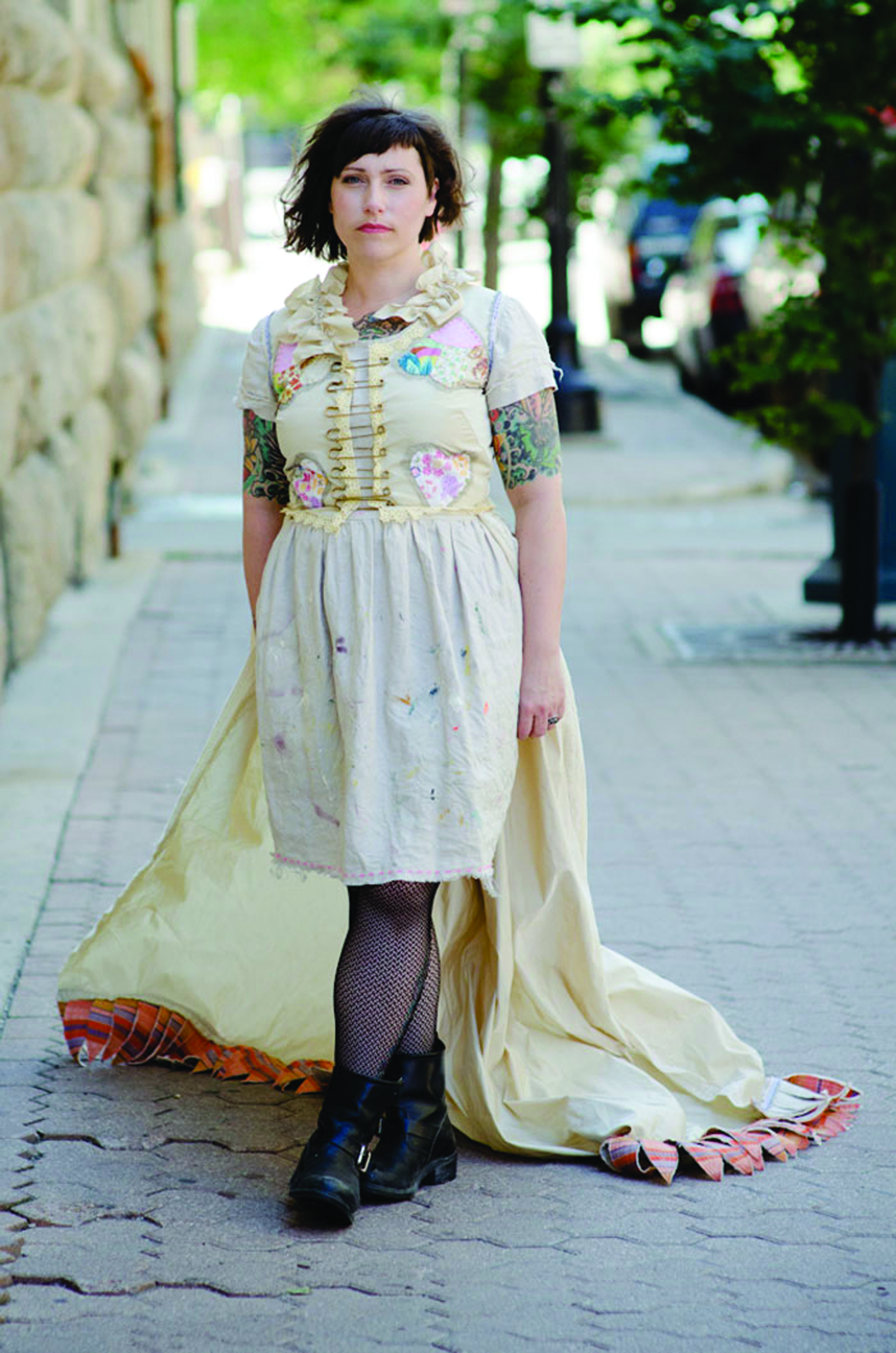 On Mar. 8, the University of Manitoba School of Art Gallery will open an exhibit featuring a group of six Manitoba-based artists whose work explores the relationship between fashion and art. Unravelled: Artists and Designers Deconstructing Garments is curated by Jennifer Smith and features the work of Teresa Burrows, Lisa Dyck, Lita Fontaine, Helga Jakobson, Roy Liang, and Melanie Wesley.

The exhibitexplores the interaction between fashion and art, and the ability of one to inspire the other. Unravelled contains work by both visual artists and fashion designers.

“Through research I have been doing on the use of craft in contemporary art, I started coming across a lot of work that I was very interested in, that showed a crossover between fashion and art,” says Smith. “I became interested in artists that were creating garment-based sculpture. It made me think about how fashion designers could also be considered sculptors.”

The group of artists and designers chosen for Unravelled are people Smith had met while working at the Costume Museum of Canada and artists whose work she had been interested in.

One of the contributors, Teresa Burrows, is a graduate of the University of Manitoba school of art, and has now established a career making art. Her contribution to the exhibit, “Hide-Secrets of the Skin Room,” is inspired by a fairytale about a girl who chooses to wear skins and disguise herself as an animal rather than suffer sexual abuse from her father and brothers.

Burrows was also inspired by the Grandmothers Circle, a group of women who advocate for the safety of children in northern communities. The group was born out of an incident in 2007, when a young girl from Wasagamack was found to be pregnant by her grandfather. The work Burrows does as a probation officer and addictions counsellor, as well as her home life in northern Manitoba, greatly influences her art.

The exhibit also includes work by Lisa Dyck, a designer who works as a tailor and creates custom garments for clients. Her contributions to Unravelled make use of her technical skills while allowing her to stretch her creativity. Dyck’s pieces include “Hands,” a gown adorned with a trail of dip-dyed gloves, and “Hope Over Fear,” which uses quilting techniques.

Melanie Wesley is a mixed-media artist who creates wearable art and visual pieces. In her pieces “I see you…”, “Soldier on,” and “Liberation,” she experiments with a freedom of process that allowed her to create without following traditional dress-making rules. Her pieces use hand-stitching and mixing of fibers and materials to create a free-spirited deconstruction of classic clothing forms.

Lita Fontaine mixes contemporary elements with traditional designs to evoke the motifs of Dakota celebratory ceremonies. Helga Jakobson, who is currently studying art at the University of Manitoba, has contributed wedding dresses that explore the concept and rituals of marriage through their construction and materials.

The exhibit ran earlier this year in Altona at Gallery in the Park, and Smith is excited to reopen the show at the U of M.

“The space we will be using is beautiful,” says Smith. “It is exciting to know that a large portion of the audience will be students.”

Smith says that as the exhibit has progressed, Unravelled has become not only about exploring the roles of and relationship between designers and artists, but also about telling stories.

“The new question I asked myself became, ‘Are garments a way of sharing our ideas?’” says Smith. “I would say, yes.”

More information on the show can be found at www.unravelledshow.com and on the Manitoba Craft Council website.

A TASTE of Winnipeg