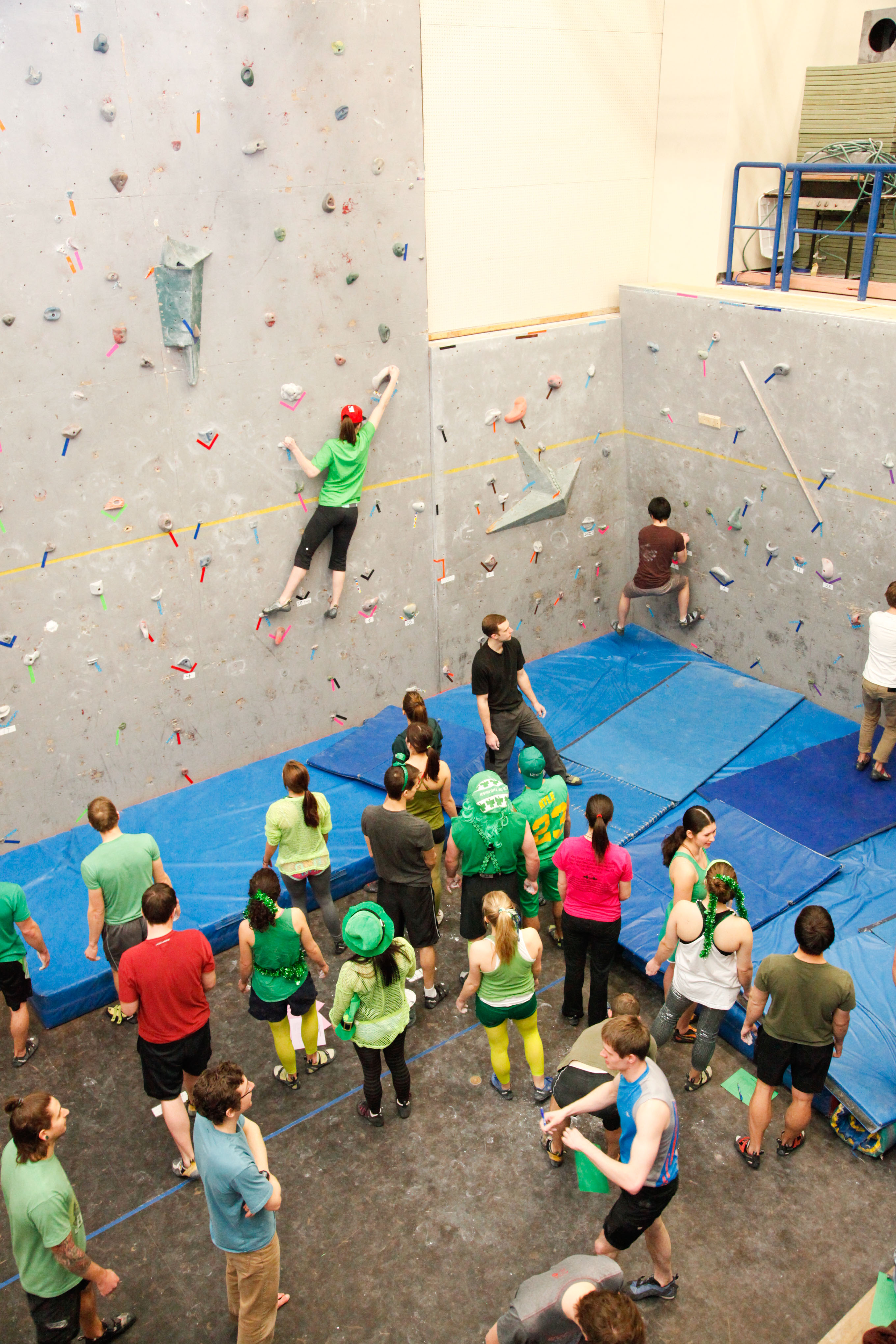 If you’re looking to push your workouts to new heights, you should head down to the Frank Kennedy Centre climbing wall and check out the University of Manitoba Climbing Club.

Despite having just wrapped their final major competition of the year this past weekend, there are still some opportunities remaining for interested climbers. For more info on how to get started, the Manitoban caught up with club organizers John Kraemer and Daniel Phalen as they took a short break from setting up the routes for the competition.

“Basically every evening, Tuesday to Friday, after 5:00 p.m., the wall is open. So it’s basically just a drop-in thing run by volunteers,” says Kraemer.

If you’re an absolute novice to the sport, don’t worry; the club has all the equipment on hand, including harnesses, shoes, and chalk powder. If you’re already actively competing in another sport, climbing can be a great supplemental training exercise to improve your overall fitness.

“I started [climbing] as cross-training for rugby,” said Phalen, “I had some friends who played rugby and who also climbed and I thought, ‘I’m skinny as a beanpole; I would like to put on some muscle.’ So I started climbing and I got addicted to it.”

Anyone is welcome to join the club, but both Kraemer and Phalen admit that people with specific physical attributes might be more apt for the sport. Flexibility and ‘lankiness’ are certainly beneficial for a climber trying to navigate their way up a complex series of holds.

Beyond the drop-in sessions, there are actually climbing intramurals offered by Bison Rec. Intramurals introduce the competitive side of climbing that was on display at the Climbing Club event this past weekend. As Phalen and Kraemer  explain, competitive climbing is not about speed or beating the clock. Instead, the competition is point-based, with deductions characterized by the number of attempts it takes to reach the top of the wall.

With a 12-metre climbing wall included in the plans for the under-construction Active Living Centre, the Climbing Club hopes the current facilities remain active for beginners and other training activities. With the new wall’s position in the Active Living Centre, it’s bound to be a marquee feature and garner interest in the club and the sport in general.

For more information on how to join the club, you can stop by the climbing wall at Frank Kennedy in the evenings – the first drop-in is free. You should also check out the information available on the Bison Recreation Services website, join the University of Manitoba Climbing Club Facebook group (which boasts 165 members), or send any questions to uofmclimbing@gmail.com.

Time to stand up to radical Islamism

Student Loans max out this year