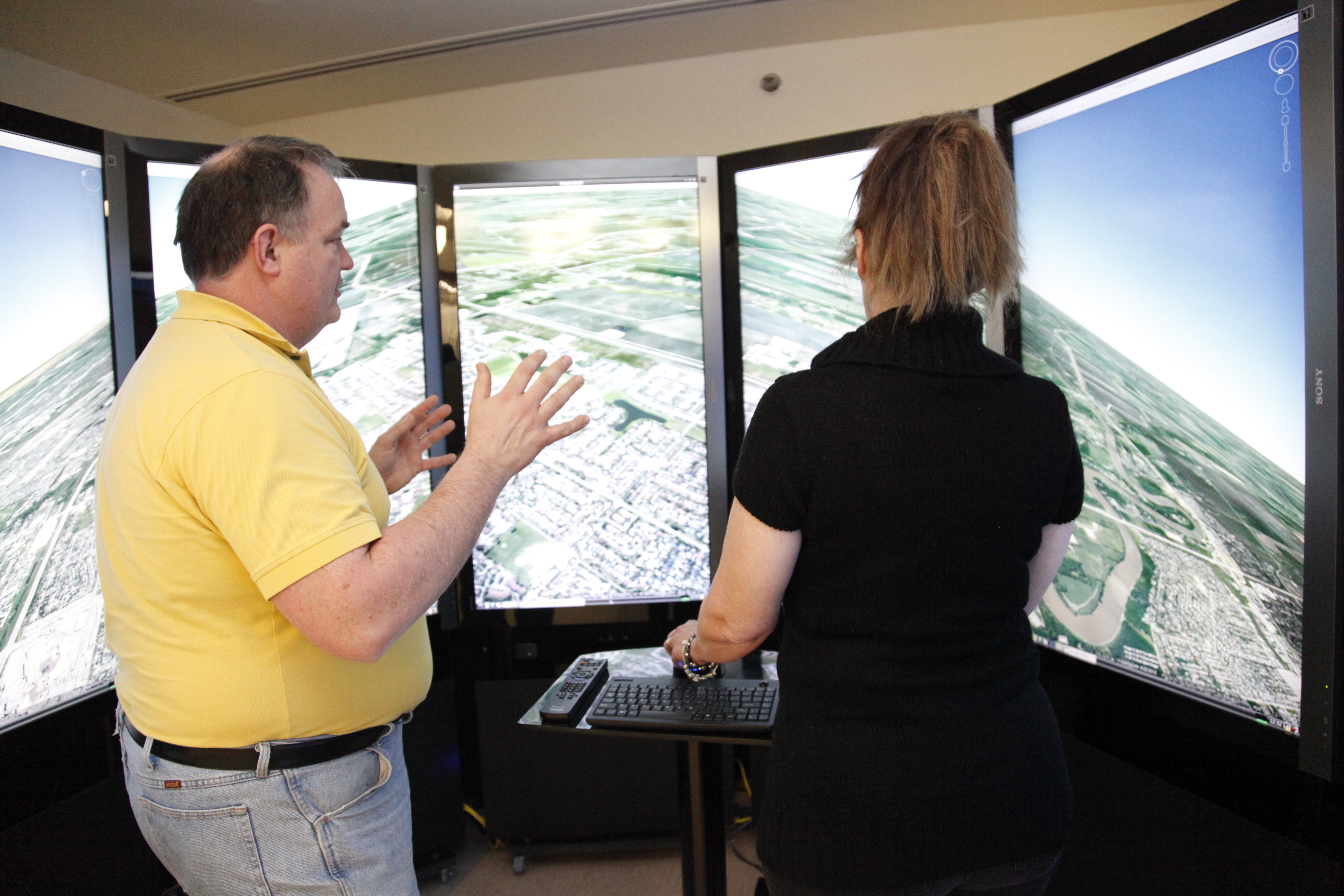 The U of M’s Clayton H. Riddell faculty of environment, earth, and resources has had its home building, the Wallace Building, extended to house a fifth floor, which contains the brand-new Nellie Cournoyea Arctic Research Facility.

The faculty hosted a grand opening ceremony for the new labs, offices, and classrooms on Monday, Mar. 18. The event began with a panel discussion featuring Arctic research scientists David Barber and Soren Rysgaard, as well as Clayton H. Riddell and Nellie Cournoyea.

Riddell, a U of M geological sciences graduate, donated $2.5 million towards the construction of the facility two years ago. The final cost of the Wallace Building addition is said to total about $15 million.

Cournoyea, the namesake of the new home for Arctic research, served as the premier of the Northwest Territories from 1991 to 1995. She is a member of the Order of Canada and was the first female premier of a territory.

The panel discussed the future of Arctic research and the importance of involving northern communities, as well as pursuing the dream of a far-north university.

“Having a university in the north is something we have to evolve to in Canada,” said David Barber, professor and director of the faculty’s Centre for Earth Observation Science (CEOS).

In addition, the panel was asked about the possible tension between good science and industrial development in Canada’s northernmost regions. Barber and Cournoyea both agreed that, to the contrary, the industry often serves as an impetus for scientific work in the Arctic.

“When a moratorium is placed on an area, people forget to do anything about it because it is so locked up. So why try to study it?” said Cournoyea when asked whether she thought that a moratorium on economic development in sensitive Canadian regions would be a positive step for Arctic preservation.

“We are not against development. We want to do it in a responsible way,” she continued.

“Right now, the development that is proposed for the Arctic is actually stimulating research,” said Barber. “There is a lot of research in the Arctic that is a by-product of this desire to pursue development.”

Following the panel discussion, attendees were invited to an open house and tour of the centre. Stations were set up in some labs, where graduate students and their supervising researchers could present their research interests and display new equipment.

Among these 14 stations was “a Google Earth tour of CEOS research in the Northern Hemisphere,” a demonstration of field equipment used for sea ice sampling, and an Ultra-Clean Trace Elements Laboratory (UCTEL) used for the “study of trace element contaminants in Arctic ecosystems.”

According to the U of M, the Class-100 cleanroom is the “first of its kind in Canada,” and is capable of analyzing “chemical forms of contaminants in sea ice, seawater, and biota at ultra-trace levels.”

Dr. Soren Rysgaard, holder of a Canada Excellence Research Chair (CERC) in Arctic geomicrobiology and climate change (and member of the department of geological sciences), recently said in correspondence with the Manitoban that he is confident the new facility will help the school attract new students and faculty looking to engage in high-quality Arctic research.

“The new fifth floor has greatly improved the things we can analyze and do with sea ice research [ . . . ] I hope more students will be interested in Arctic science and the new facilities will stimulate that.”

Rysgaard also said that the new addition not only provides students and faculty with a new space to work, but also increases the range of activities and tests they are capable of performing.

“[Researchers] will have the possibility to grow sea ice under experimental conditions, both in microcosms and in a larger ice tank (SERF) at campus.”

The Sea-ice Environmental Research Facility, or SERF, includes a large outdoor pool with a retractable roof and equipment for real-time monitoring of the conditions in the pool. Construction on SERF commenced in May, 2011.

During his conversation with the Manitoban, Rysgaard also weighed in on the science and economic development discussion that was raised at the Mar. 18 panel.

“Our point,” clarified Rysgaard, “is that development in the Arctic will occur no matter what science says. It is already happening.”

“Thus, a good way [to move forward] for science is to come up with new knowledge so development of the Arctic will be based on sound science.”