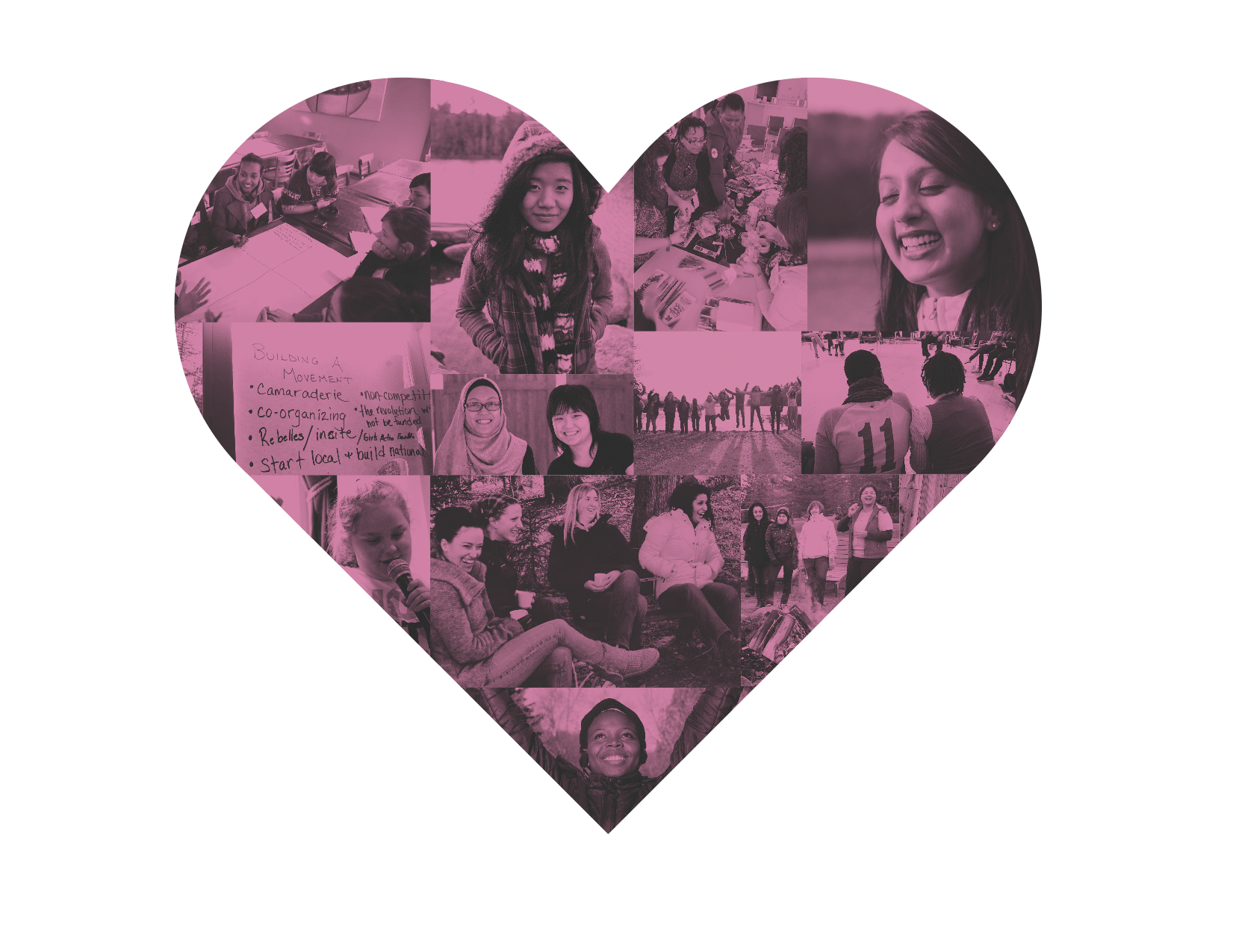 Roses, chocolate, fancy dinners, over-the-top lingerie, and overpriced, mass-produced jewelry in tiny boxes might be what you typically associate with Feb. 14. This Valentine’s Day, as with the eight before it, women and girls all over Canada will celebrate a different kind of day where empowerment, strength, solidarity, and feminism are the kind of things offered instead.

This year will be the Girls Action Foundation’s ninth National Day of Action and it will be celebrated with 30 community actions in a truly coast-to-coast-to-coast love letter to women and girls, both in their community and nationwide. The actions this year are all over the map and the hands-on, community-led leadership approach offered by Girls Action allows them to reflect the groups leading them and the communities they work in.

“This Valentine’s Day [ . . . ] girls and young women across Canada are [ . . . ] shining a light on the people, places and things that can make a difference in the lives of women and society,” says Saman Ahsan, executive director of Girls Action Foundation.

In Winnipeg, the FemRev Collective is celebrating the day with the launch of their zine, Honouring Women.

The project, which will feature 50 submissions from women around the world, takes a strength-based approach to honouring women and fighting back against both the blatant and passive sexism women experience every day. Collective member Sarah Martens says that she got the inspiration for the project while travelling in Spain and when she brought it to the Collective the reception was enthusiastic.

“We hear about terrible things going on to women around the world and to the women that we know, but it can be weeks or even months that we go without talking about the strength and resistance of ourselves and the women in our lives,” says Martens.

So, together with Lissie Rappaport and Anna-Celestrya Carr, 95 submissions from West Broadway to Hong Kong have been sifted through and compiled into a zine that tells the stories of inspiring women and the revolutionary acts they commit every day. Some choices include a poem by celebrated spoken word artist Moe Clark, along with several comics, paintings, drawings, stories, and other creative expressions representing a celebration of women as a whole instead of the objectified pieces often portrayed in media.

Martens wants the impact of the collected resistance and resilience of women worldwide to stick with the readers after putting down the zine.

“I want them to feel empowered and energized instead of defeated, and to realize that these are women we know or women like women we know,” says Martens. “We can see our own struggles and strength in them.”

The zine launch party will take place at Mentoring Artists for Women’s Art at 611 Main Street on Thursday, Feb. 14. Aside from being able to pick up a copy of Honouring Women, attendees will be treated to coffee, wine, and snacks as well as readings by contributors and music by Claire Morrison and Johsa Manzanilla.

Also participating in the National Day of Action is Winnipeg’s Laurel Centre, which will host a workshop for young women on the topic of feminism and the importance of International Women’s Day.

Darkness in the City of Light