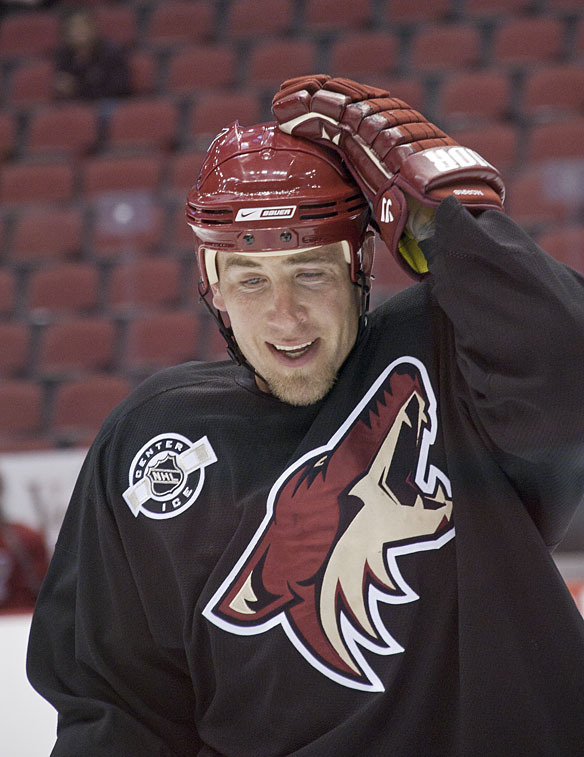 The city of Glendale faces a story right out of Hollywood. Every year there is renewed hope and expectations that a new owner will buy the Phoenix Coyotes and keep the team in Arizona. Every year there’s a new potential suitor, and every year something goes awry and the deal fails to get done.

In this Odyssey of a tale, there have been plenty of suitors seeking various deals with varying levels of legality. Jim Balsillie, a group that went by the moniker “Ice Edge,” Jerry Reinsdorf, Matthew Hulsizer, and Greg Jamison are amongst the names of potential buyers that have seen deals fall apart. Some couldn’t acquire the necessary funds, while other proposed deals appeared to be so fishy that an Arizona taxpayer watchdog group, the Goldwater Institute, chose to get involved to ensure that everything was legal.

The latest failed attempt to buy the team came to an end on Jan. 31, 2013 when Greg Jamison announced he would not be able to secure sufficient funding to complete a deal with the NHL, despite a lucrative arena management set up between his group and the city of Glendale, who own Jobing.com Arena, the current home of the Coyotes.

The Phoenix Coyotes continue to play, owned by the National Hockey League. The club has been under the control of the NHL since October 2009, when then-owner Jerry Moyes put the club into bankruptcy in an attempt to get out from under the mountain of debt associated with it.

Since then it’s been like the movie Groundhog Day everyday, as fans and players alike wonder what the future will have in store for the Coyotes franchise. The on-ice product has actually improved despite the unwillingness to invest in the team’s salary, which required the Coyotes to find bargains wherever they could. They won the Pacific Division last year and advanced to the Western Conference Finals despite fielding a squad that ranked 22nd in money spent on player salaries.

It’s safe to say it’s not the on-ice product that makes this team unsuccessful, but rather it is the fact that the Coyotes continue to play in a market that refuses to support its hockey team. Yes, there’s a core group of devout fans, as there are with any sports franchise, but they are simply unable to properly fill the building on a game-by-game basis. At press time the Coyotes averaged an announced home attendance of 12,364 per game, easily the lowest in the NHL, and often these numbers are artificially inflated. Winnipeg fans that watched the recent game against the Panthers in Sunrise, Fla. can attest to this.

So what’s the plan?

Much to the chagrin of commissioner Gary Bettman, relocation is becoming the simplest alternative. There are plenty of cities looking to follow in the footsteps of Winnipeg and acquire—or reclaim—themselves an NHL franchise. In Canada, the names that come up most often are Quebec City, Markham, and Hamilton, with new arenas scheduled to be built in Quebec City and Markham.

The United States also has several cities with expressed interest: Seattle; Hartford, Connecticut; and Kansas City lead the way. Hartford previously had the Whalers before they left for North Carolina to become the Carolina Hurricanes. Seattle has a prospective owner interested in bringing the NHL to Seattle. Finally, Kansas City has a building already in place, which opened in 2007.

All of these options seem more viable than ice hockey in a desert. The puck is now in Bettman’s hands to determine what happens next.