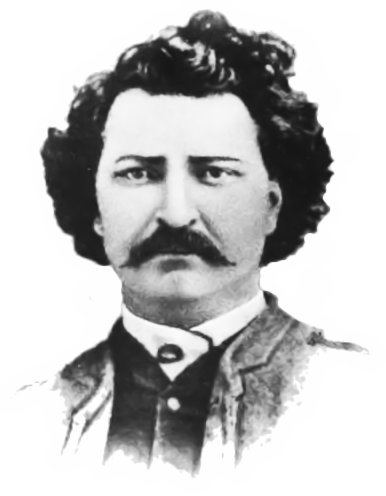 Depending on who you ask, Riel was either a hero or a traitor. He led the Red River Métis to rebel against the Canadian government and petition for their rights as a people, which included fighting wars and at times sentencing death to prisoners. Either way it’s pretty badass to be regarded as a historical figure that deserves his own day of commemoration.

2.  He was one of the first Métis advocates

When the Hudson’s Bay Company began negotiations between the Canadian government for the sale of Rupert’s Land (now known as all of Manitoba, parts of Saskatchewan, Ontario, Quebec, Nunavut, and various American states), the Métis were in need of a leader to fight for their right to the land they lived on. Riel—an educated, charismatic, bilingual man—led the charge and petitioned the Canadian government literally to his death. Now that’s pretty badass.

3.  He pretty much single-handedly organized a rebellion of an entire nation of people

Riel’s charisma and education served him well as the leader of the Métis provisional government. He was able to effectively navigate the political system and make it clear to the Canadian government that the Métis were not going to be ignored; he did this by making demands, seizing forts like a boss, and travelling to Ottawa to demand negotiations with government officials. Riel was also successful in rallying Red River residents to thwart Canada’s attempts to infiltrate their land and fight for their rights as French-speaking peoples.

4.  He was instrumental in the creation of the province of Manitoba

Say what you will about Louis Riel, but the fact is that Manitoba likely wouldn’t exist if it weren’t for him. The Métis provisional government—as formed by Riel and other delegates—made several lists of demands and presented them to the Canadian government, insisting that the Métis peoples be recognized as their own nation and that their right to the land they lived on be observed. These lists of demands eventually went on to form the basis for the Manitoba Act; legislation passed in 1870, which, among other things, created the province that we know and love.

5.  He lived and died for what he believed in

Riel devoted the entirety of his life to ensuring that the Métis nation was taken seriously and seen as its own body of government apart from Canada. While his efforts were not without success, the Métis peoples did eventually lose their land rights and the prosperity that came with it. Riel spent a large part of his life wanted by the police and eventually surrendered after many years of fleeing, hiding, and fighting. Riel was charged with treason, sentenced to death, and eventually hanged in Regina on Nov. 16, 1885.

Just before he was hanged, a guard asked him for a souvenir and Riel is quoted as saying: “I have nothing but my heart and I have given it long ago to my country.”