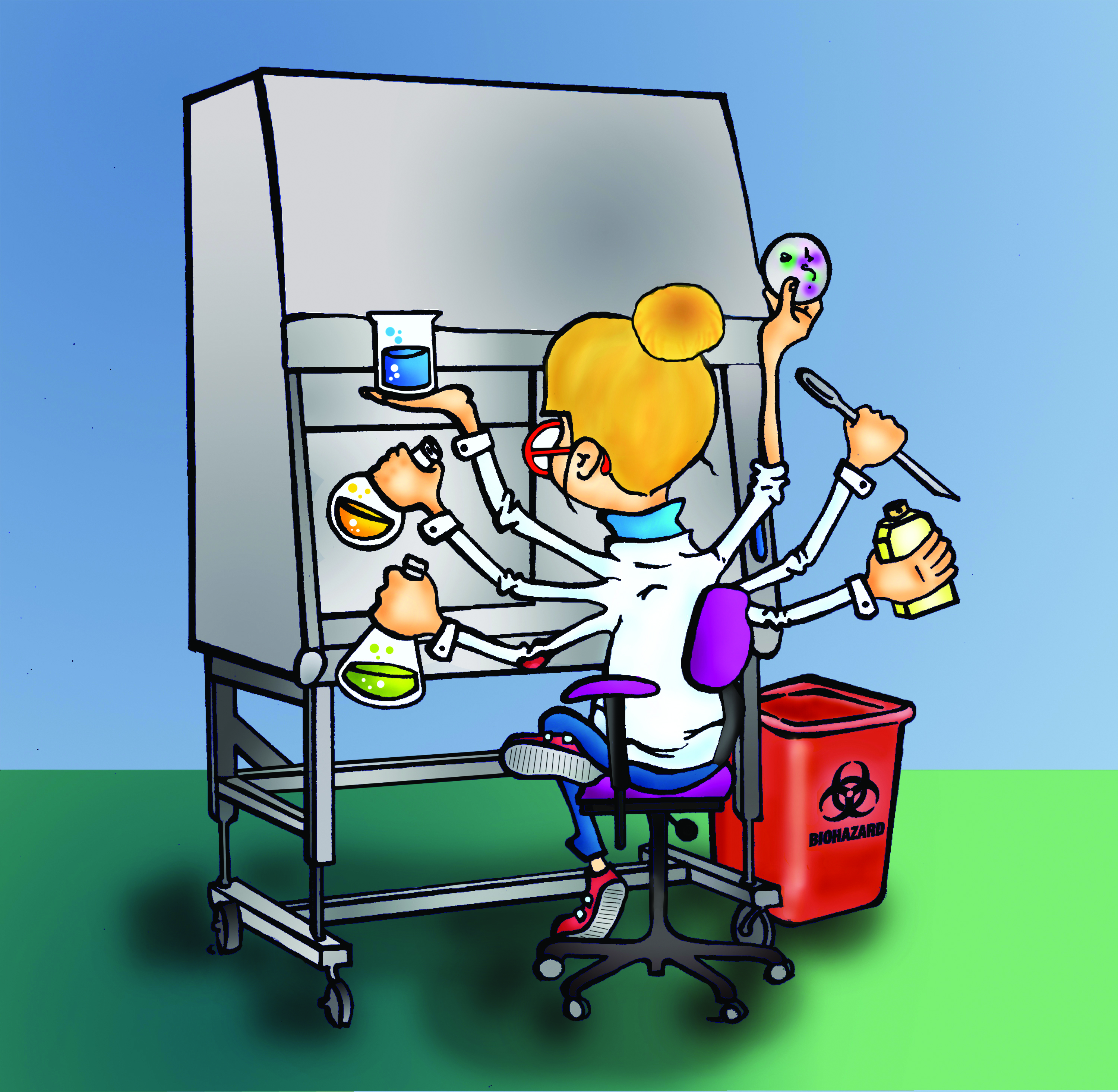 I’ve had the opportunity to experience cell culture, PCR (A day in the life of an undergraduate researcher), and Western blotting techniques, all of which feature prominently across many fields of cell biology. Over the coming weeks, I’ll be giving in-depth explanations of each technique within the context of realistic experimental scenarios.

According to Wikipedia, cell culture is the “complex process by which cells are grown under controlled conditions, generally outside of their natural environment.” But as most undergraduates have come to learn, Wikipedia is not a source to be blindly trusted.

True, cell culture is a complex process, in which cells are grown under controlled conditions outside their natural environments. However, what I’ve learned more than anything throughout my experience (as well as from listening to lectures in Applied Molecular Biology) is that things that sound nice on paper rarely turn out that way in practice.

The basics of cell culture include maintaining your cells and ensuring that they survive from day to day in order to be available for experimentation. My experience in cell culture includes: media changes, cell splitting, cell counting, cell plating, drug additions, and measuring viability.

Cells function like microscopic people – they take in nutrients and eliminate waste. However, the difference between a cell and a person is that people do not excrete in closed environments, and we definitely do not excrete in the same environments from which we take our nutrients. Cells, on the other hand, are confined to an enclosed environment and depend on us to provide them with the required nutrients and eliminate their wastes so that they do not perish. That’s what media changes are all about.

Just like there are countless varieties of people, with different tastes and flavours for life, there are countless varieties of cells with different media requirements. Generally, most cell culture media is composed of amino acids, salts, glucose, and vitamins, among other specific ingredients that depend on the cell type. I work with human ovarian cancer (OvCa) cells, which also have various subtypes.

In the lab, we feed cells by providing them with a tissue culture medium. After a certain length of time, the colour of the medium will change (in my case, from a deep reddish-pink to a dull orange) due to the accumulation of waste products. This colour change is a perfect indication that the medium should be changed so that the cells don’t die.

Because I’m working with human cells, I need to be working in a biosafety cabinet (BSC); we call this the “hood.” For those who have never seen a BSC before, it’s essentially a large metal desk with a large metal hood (hence the nickname) covering the top of the desk, and a large glass plate extending downwards from the top of the hood. This ensures that an individual can work on their experiments safely without risk of becoming injured, or without risk of contaminating the cell samples (as the BSC is a sterile environment).

The hood must be turned on at least 30 minutes prior to beginning experimentation, as well as sprayed down with 70 per cent ethanol. All outside materials that are to be used within the hood are also sprayed down with 70 per cent ethanol. The media must also be heated approximately 30 minutes prior to experimentation. Media is stored in the four degrees Celsius refrigerator when not in use, and must be heated in the 37 degrees Celsius water bath prior to use with cells, as core body temperature is 37 degrees Celsius.

In the meantime, other smaller experiments may be conducted; otherwise, the researcher has to play the waiting game for half an hour before it is considered reasonable to begin changing cell media.

Typically, cells are stored in T75 flasks. The T75 denotes a volume of 75 millilitres (ml), for which 15 ml of cells and the medium are added. In order to change the media, the cells must be removed from the flask. The tool for this is called an aspirator. Imagine a trip to the dentist. Now imagine that you are salivating so intensely that the dentist must use a tool to “suck” (aspirate) all your saliva from your mouth. Now, imagine that this dentist tool is connected to a high-powered vacuum. That is an aspirator.

A delicate and long Pasteur pipette must be adjusted to the end of the aspirator in order to extract all the old media. But wait! What about the cells? When I first watched my supervisor perform this procedure, I nearly suffered a heart attack! I thought, “No! You’re aspirating all the cells!” He laughed at me and explained the following: because these cells were grown in the culture, they have the same properties as cells grown in the body.

Cells are able to adhere to surfaces as well as other cells. In other words, all the cells are adhered to the T75 flask, and it is only the medium that we are extracting from the flask. Afterwards, we take a clean pipette and add the new medium.

All waste items generated must be disposed of in biohazardous waste containers. This is to ensure that the waste is safely disposed of, and that nobody will harm themselves by accidentally coming into contact with biohazardous materials, such as cancer cells.

What at first appears to be a very simple procedure actually requires quite the effort. However, the procedure for media changing only really takes about five minutes (ten if you’re starting for the first time), aside from the 30 minute incubation period.

The cell culture processes that follow begin to increase in difficulty and tediousness as this experiment progresses. Next week we’ll look at another technique in this series of cell culture treatments: cell splitting.