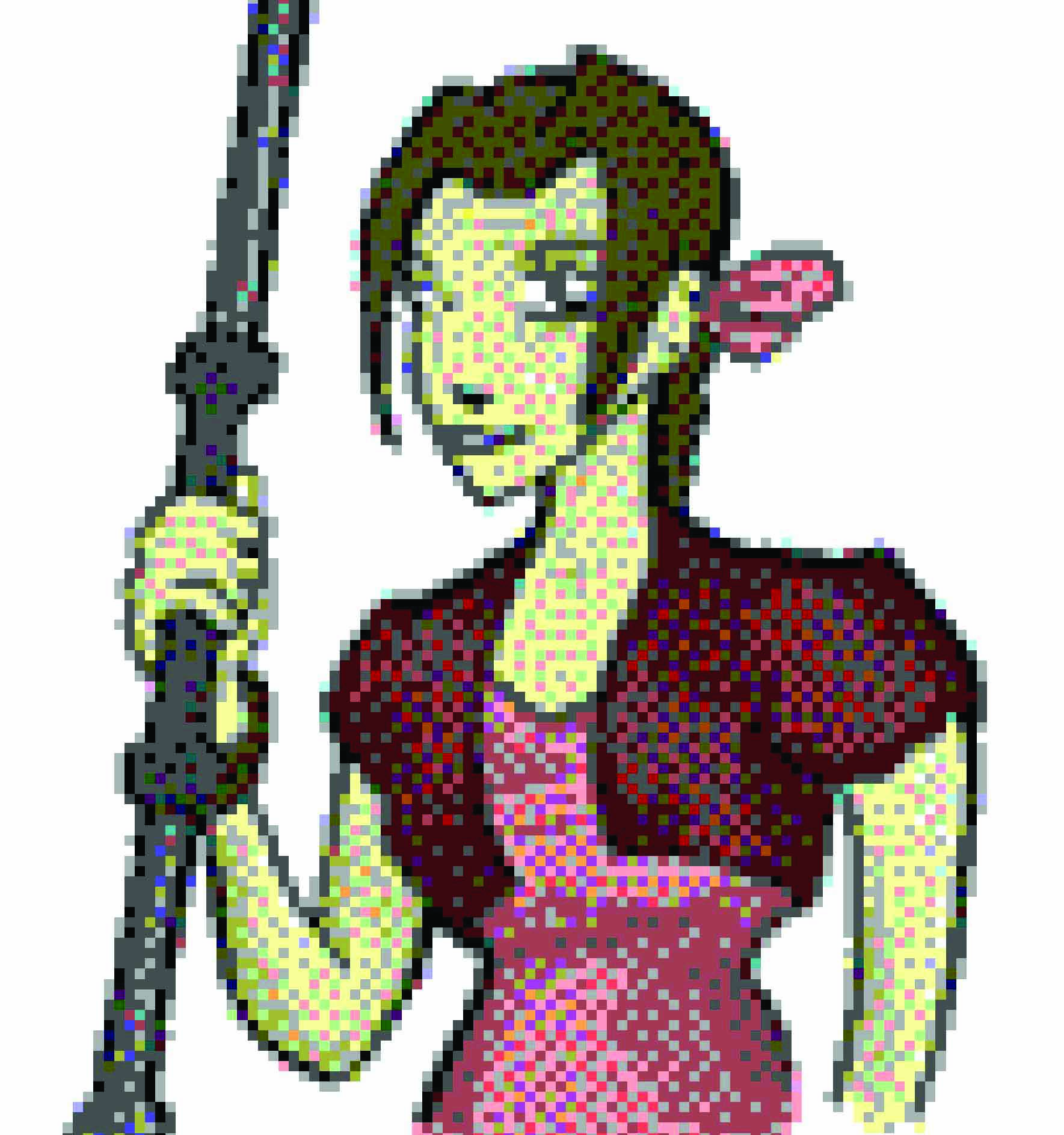 A trope is a common or recognizable device that conveys information to an audience, often about an element or role within a story. There are many problematic tropes for female characters in popular media, such as: the manic pixie dream girl, the Smurfette (the only girl in the group of male companions), the damsel in distress, and the sexy sidekick – to name a few from the list. These tropes portray harmful stereotypes and are not only limited to books and film; they are also present in video game culture.
Once upon a time, I was a basement dweller in my parents’ house, well-addicted to my Sony PlayStation and RPGs. My favourite, of course, was the Final Fantasy series – FF VII specifically. FF VII got a lot of attention from female gamers because it had two playable female characters, one of which really drove the storyline. But alas, my critical adult mind looks back at this bit of nostalgia with a disappointed sigh.

On one hand we have Tifa Lockhart—childhood friend to our main protagonist, Cloud Strife—who can best be described as the sexy sidekick. She is strong, assertive, has a back-story, but it’s hard to appreciate all of that when she is mostly tits and legs.

The other character—who thankfully isn’t sexualized—is Aeris (or to the hardcore fans, Aerith) Gainsborough, the love interest to the main protagonist. The main criticism I see for this character is that she is a canon “Mary Sue.” While not the traditional definition of a “Mary Sue,” she is mostly there to shower our troubled hero with unconditional support. She also shows similarities to the tropes of the manic pixie dream girl and the damsel in distress, and—spoiler alert—her death is a plot device.

On top of these disappointing traits, the female characters don’t level up as quickly as their male counterparts, so unless you just really like them like I did, you probably wouldn’t actually give them that much game time. This also resulted in male fans treating the characters as useless; it’s not hard to find them being shit talked on forums – not to mention the super rape-y fan art.

Anita Sarkeesian, a video blogger who runs a YouTube channel called Feminist Frequency, is essentially a specialist in feminist criticism of popular media. Sarkeesian uploaded a video back in June of 2012 requesting support for her Kickstarter project. Sarkeesian requested US $6,000 to make a five-part series dedicated to investigating different tropes and stereotypes of women in video games.

In response to her request, Sarkeesian faced a coordinated online harassment attack meant to shut her down. The effort involved misogyny and hate speech (including death, assault, and rape threats), flagging of her videos as terrorism, attempted hacking of all of her social media outlets, and someone even going so far as to make a game featuring Sarkeesian, where you beat her up.

If this type of reaction isn’t enough proof to show that there needs to be a discussion of sexism in video games and a better inclusion of women in gaming culture, I don’t know what is. Luckily the negative attention had the reverse effect on Sarkeesian’s project. She ended up being funded US $158, 922 and extended her project to 13 videos, which included a classroom curriculum that educators can now use for free.