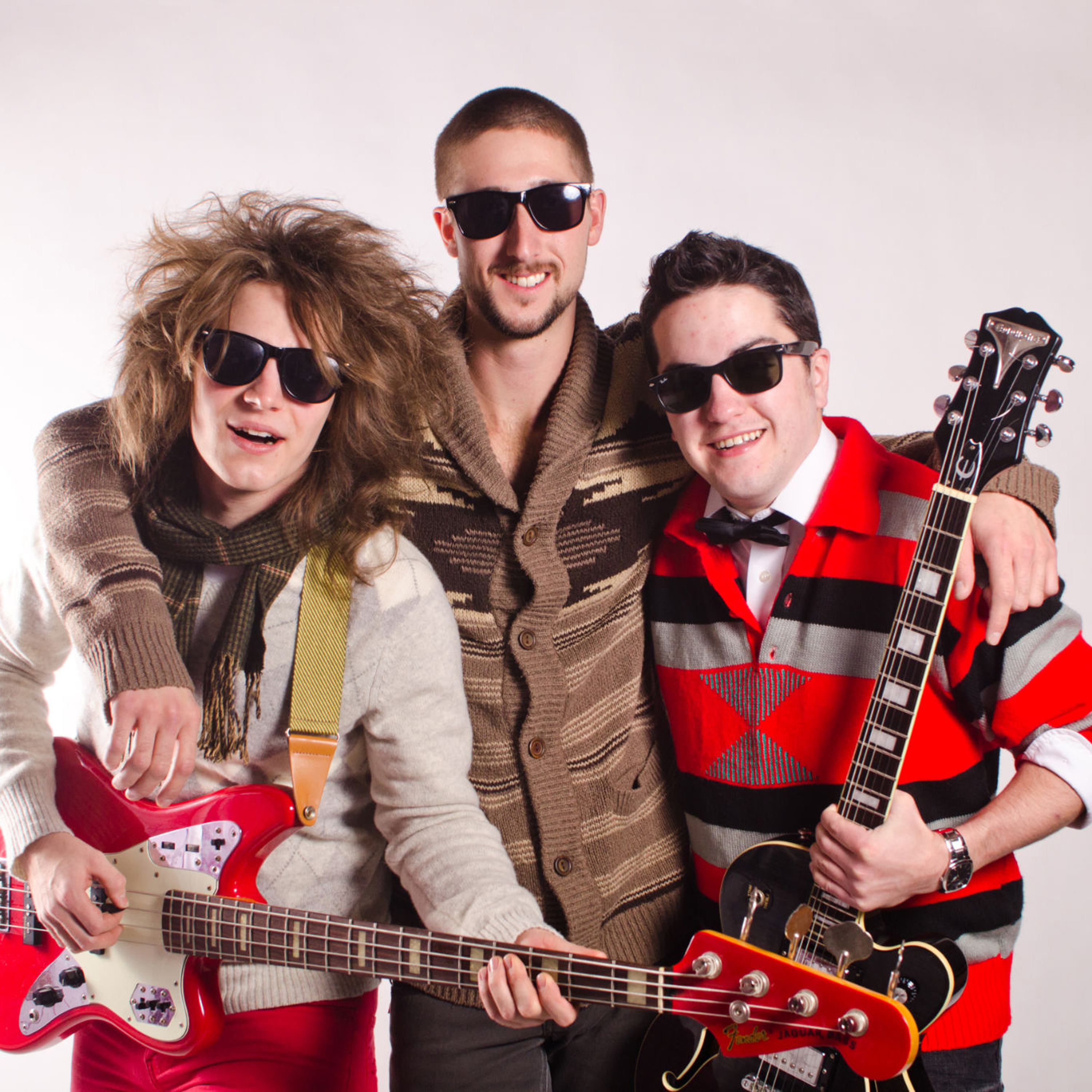 Victoria! is the first full-length release from this Chicago-based punk rock four-piece, and rather than simply announcing their presence in the scene they’ve grabbed everyone by the collar and shouted it in their ugly faces.

This album is flawless from start to finish, and its replay value is off the charts. I recommend purchasing Victoria! on coloured vinyl for maximum music nerd enjoyment.

Mumford & Sons destroyed the charts this year with their second LP Babel finishing the year as the third most downloaded album of 2012 on iTunes (Adele was number one, duh).

Scoff all you want, but this group of Londonites sure can write a song, and a good one at that. This album has a few hiccups at the back end of the album, but all in all it’s a pretty solid record. Download the deluxe version of Babel on iTunes for a few extra songs not included on the vinyl LP.

Bloodshot Bill – Out The Door

The rockabilly king of Montreal put out this vinyl treat in early 2012. This 7-inch record features five songs in the style of Hank Williams that are sure to please your ears and hips alike. All hail the king!

Pop punk out of Portland, OR, that will leave you with a smile on your face. Mean Jeans are audibly heavily influenced by the Ramones, but much sillier and with more of a 60s beach vibe.

One third of the band Shannon and the Clams, King Lollipop is Cody Blanchard’s weirdo backwoods solo project recorded in his bedroom. This album is strange in a really good way, filled with high register acoustic guitar, 60s-esque pop vocal lines dripping with reverb, and barebones percussion complete with jam blocks of varying sizes.

Who better to put out a 7-inch filled with songs about skateboarding than a band called the Thrashers? Ramp Locals is the third release from this Winnipeg surf rock band and it is jam-packed with shredding of both the guitar and skateboard variety. Vinyl release features neon pink and yellow artwork with a banana-yellow record. Gnarly.

Dangercat – Where I’ll Be

Dangercat does no frills pop punk and they do it well. This band is made up of three friends who get together, have a good time, and write some catchy punk music – if you don’t like it, well then fuck you. The title track “Where I’ll Be” is certainly the gem on this album, and you’re in for a puppet-filled treat if you search the video for this track on YouTube.

Local singer/songwriter JP Hoe has again released a beautiful collection of songs with Mannequin, his fifth album overall. Don’t expect to hear your typical acoustic pop song on this album, as Hoe’s compositions are mature, dark, and ominous, while still remaining catchy and melodic. Notable tracks include “Conversation” and “Nothing’s Gonna Harm You,” amongst every other song on the album.

The New Lightweights – What Keeps Us Together

This Winnipeg-based super group includes Alexa Dirks (Chic Gamine), Ariel Posen (Sierra Noble Band), and Ryan Voth (Imaginary Cities) – an impressive line-up to say the least and the product of this musical machine does not disappoint. Dirks is like the Aretha Franklin of Canada. Backed by Posen’s intricate guitar playing and Voth’s impeccable rhythm, this trio is one to be reckoned with.

Flamboyantly gay singer Seth Bogart—more commonly known as lead singer Hunx from the band Hunx and his Punx—released a solo album this year, which he aptly describes as “hairdresser pop.” Best known for urinating on his audience and appearing partially nude on stage (and generally in life), Hunx’s album is a collection of garage pop songs about horrible relationships, nude beaches, and the Bay City Rollers. Check out “Say Goodbye Before You Leave,” a sad track touching on the topic of Hunx’s good friend and DIY punk legend Jay Reatard’s untimely passing.

We’ve still got the blues