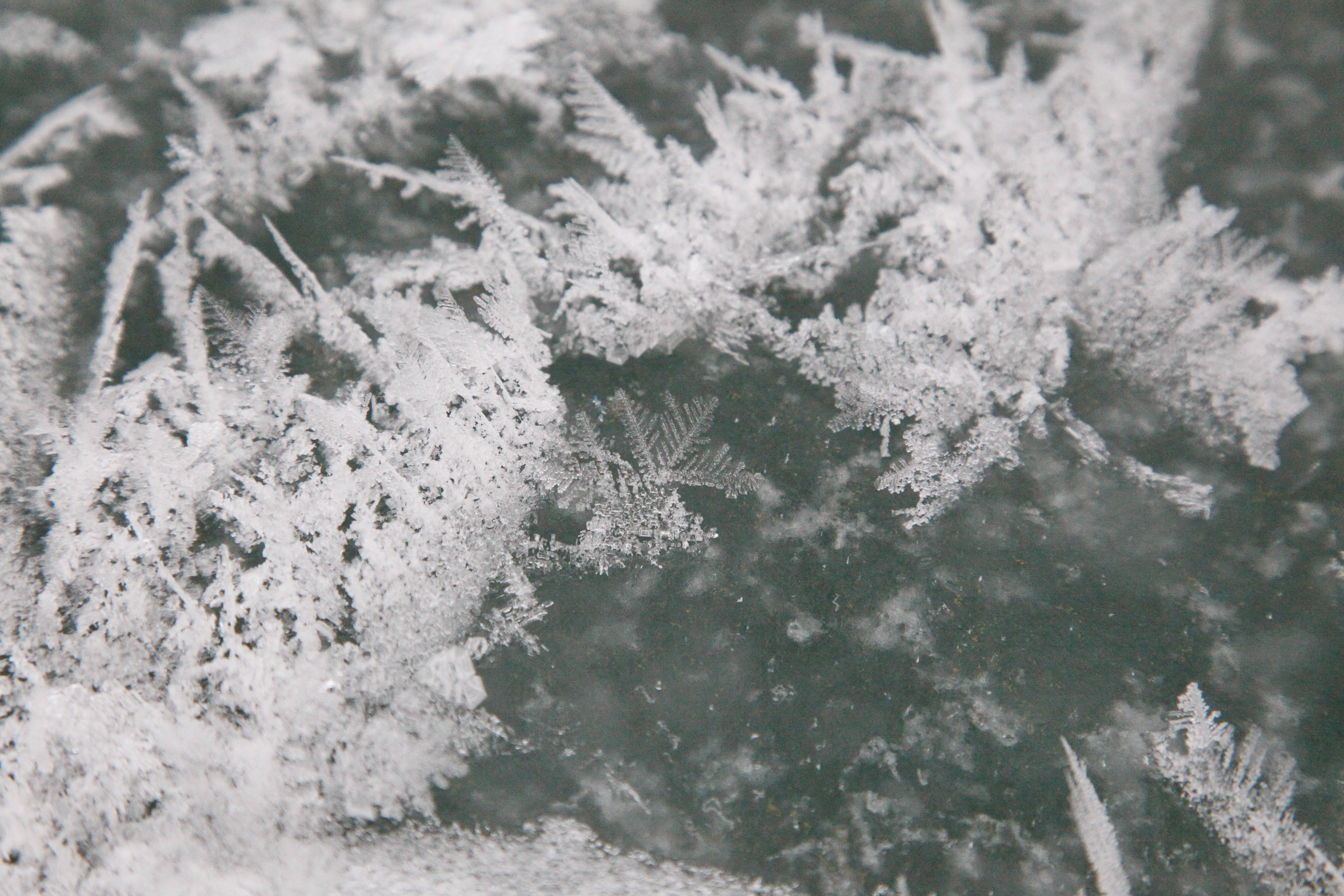 January 10th marked the beginning of a three-week-long experiment at the Sea-ice Environmental Research Facility (SERF) on the University of Manitoba’s Fort Garry campus.

The project is an international collaboration between U of M researchers and researchers from as far afield as Denmark and Germany to simulate Arctic sea-ice formation in an outdoor laboratory setting at the SERF.

Professor Feiyue Wang is the project leader and one of several principal investigators studying Arctic sea-ice at the SERF, including Soren Rysgaard, David Barber and Tim Papakyriakou, as well as their many technicians and graduate students.

Generally, in order to study Arctic sea-ice conditions these U of M researchers would spend their summers aboard the Canadian Research Icebreaker Amundsen (CRIA), collecting and analyzing ice cores and a variety of other data pertaining to sea-ice in the Arctic.

While they are still carrying out research expeditions of this kind, Wang and his colleagues also managed to secure funding in 2008 from the Canada Foundation for Innovation (CFI)—the main federal funding agency supporting university infrastructure in Canada—and completed construction of SERF in December of 2011.

“It’s the only [facility of its kind] in the country.” – Feiyue Wang, SERF “[There’s] really not much to see,” remarks Wang in an interview at the SERF with the Manitoban. Gesturing out over the partially frozen pool, Wang adds “but it’s quite a costly project – about $1.5 million total. Most of the money went towards the concrete [foundation].”

The SERF is not the most visually stimulating in its iceless, preparatory state. At around 18 metres long, 9 metres wide, and 2.5 metres deep, the SERF at first appears to be a simple—though heavily reinforced—concrete pool; its edges are lined with various apparatuses and platforms, the basin filled to the brim with saltwater. But this simple facade conceals a meticulously calculated and precise design, equipped with highly sensitive instruments that allow researchers like Wang to control and monitor every aspect of the experimental basin.

With the help of a retractable roof, researchers are capable of shielding the pool from harsh snowfall that could spoil the desired sea-ice conditions, or even cover half of the basin to compare frozen and unfrozen seawater side-by side.

The roof is one of many tools that allows Wang et al. to protect the surface waters during the early formation of ice and “frost flowers,” as well as to help maintain the salinity and chemical composition of waters at SERF to near-Arctic seawater levels.

Unlike in the vast expanses of the Arctic, SERF scientists also have the luxury of pouring controlled amounts of contaminants and tracers into the water to monitor chemical pathways and how they transfer through the water column, through the ice, into the surrounding atmosphere and vice versa.

“We could introduce [non-radioactive] mercury into [the SERF] pond, a very small amount, still essentially the same level we see in nature, but we can add stable isotopes of mercury,” states Wang. “Then we can tell how that mercury transported through seawater: once the ice forms, how it transported into the sea ice and into the brine, and then describe how that whole transport process happened,” Wang concludes.

Despite a love for the field and the privilege of breaking through the Arctic sea-ice aboard the Amundsen, “as scientists we always want to have some kind of controllability,” Wang explains. “In the field [. . .] it’s almost impossible to reproduce the same set of data because there is so much variability there.”

Mercury in the Arctic

Wang has been working in the Arctic for years studying sea-ice. As an environmental chemist, Wang looks at chemical processes and how contaminants such as mercury circulate through a sea-ice environment. “Particularly with the sea-ice melting so fast in the Arctic,” Wang reflects, “what does that mean for the contaminant levels in the marine ecosystem? The northern people rely on [marine animals] as their traditional way of living.”

One of the major contaminants of the Artic is mercury. According to Wang, staple food species of northern communities such as beluga whales bioaccumulate large concentrations of mercury in their fat stores as a result of their fish-based diet. This results from a cascade effect, where mercury deposited into Arctic waters from the atmosphere and/or surrounding environment makes its way into the algae food sources of zooplankton; the zooplankton is then consumed by the fish which are then consumed by the whales. Northern communities depend on these large marine species for food, resulting in proportionally higher blood mercury concentrations amongst northern community members.

“It’s neurotoxic; it accumulates in high trophic level animals [i.e. top of the food chain predators] like beluga whales and seals, and northern people of course need these animals as part of their diet, and they get exposed to mercury.” Wang adds, “although [Arctic marine mammals are] far away from the industrial sources, the mercury concentrations in these animals is very high – much higher than what we see in animals in southern regions.”

Frost flowers and contaminants at the SERF One of the currently unanswered questions Wang and others’ research seeks to address relates to the mechanism by which atmospheric mercury makes its way into the food chain of Arctic marine biota.

“Just because you have mercury in the atmosphere does not mean it will make it into the food chain. Somehow that mercury has got to get into the ocean, and most of the time that ocean is covered in ice. The ice could be a barrier, could be a facilitator, could be a reactor [emphasis added].”

It is hypothesized by the sea-ice research community that crystalline frost flower structures—which form along the exposed seawater surface—might in some way facilitate the transference of atmospheric mercury into the Arctic ocean and food chain.

“If we think about seawater it’s very salty, [but] if you test a frost flower it can be anywhere between two to six times saltier than the sea water itself,” Wang remarks. The hypothesis—one along with many others to be modeled using the SERF—is that the densely concentrated brine of the frost flowers could promote chemical reactions with the atmosphere at the air-water interface.

“There’s no easy way to study this [but SERF] provides a beautiful opportunity,” remarks Wang. Weather permitting, the SERFers hope to study frost flower phenomena on campus over the course of January. Depending on how things go, Wang hopes they’ll “be able to develop further hypotheses [ . . . ] to test a mechanistic model so we can predict how young ice and frost flowers facilitate that process.”

For more information on SERF go to home.cc.umanitoba.ca/~wangf/serf/ .

Protecting our environment and our prosperity

One short sleep past, we wake eternally

Effects of oral contraceptives on the brain

1 Comment on "SERF in motion: International sea-ice experiment launched on U of M campus"