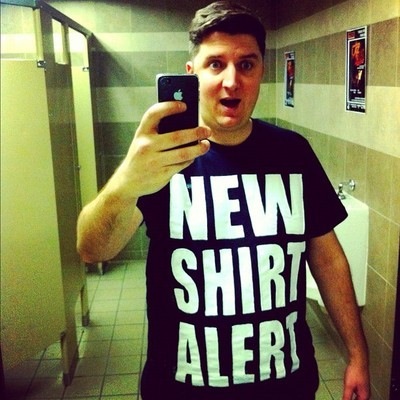 It has been an incredible year for musicians and artists from Winnipeg; the Cannon Bros. were nominated for a Polaris Prize, there were exceptional album releases including Mise en Scene’s Desire’s Despair, and local music festivals brought out crowds and showcased our rock solid scene.

However, no one ever got anything done by focusing on the past. The artists who made 2012 such a landmark year already have their eyes set on ways to blow our minds in 2013. Here are their New Year’s Resolutions:

Ultra Mega says this year will be the year they release their first full-length album and head out on tour. They are also excited to play at the Rainbow Trout Music Festival again, and front man J. D. Ormond says their resolutions also include “putting their instruments on a diet.”

“It started with making improvements to my loft, but I have since expanded it to every facet of my life. So rather than making New Year’s resolutions, I am constantly looking for ways to improve my life. Day in, day out, I’m making small changes that add up to constant improvement,” says Hoover. “My new year’s resolution is 300 dpi. GET IT?!”

“To reunite after a three month hiatus and emerge with a brand new selection of happy bar songs that everyone will like [and to] not let our content become generalized or emotionless. We are a fairly conflicted bunch,” says member Stefan Hodges.

Hodges also plans to tackle the challenge of only buying secondhand clothes for an entire year, a feat he says he stole from a friend who managed to do it last year.

Alexa Dirks (of Chic Gamine and the New Lightweights) is going to buy more pants and “not be a douchebag”. Dirks also pledges to grow an organic garden in her home and be more loving/creative if that makes her sound like a better woman.

Claire Morrison (Fire & Smoke) is going to channel Einstein – but not just in hair.

“Insanity is doing the same thing over and over again and expecting different results,” says Morrison.

Sarah Michaelson (DJ Mama Cutsworth) says that professionally she wants to say “yes” to things and to keep her eyes open to unexpected opportunities. Also, she would like to open a vegan late-night bicycle-powered food truck.

Finally, everyone’s favourite sing-along band, the Ripperz, hope that sometime this year they will be able to fill their van tank up with gas. Matt Foster of the Crooked Brothers, performing this year as Lawrence Lee, says that he’s going to try and do the splits. Artist Natalie Baird will quit saying sorry so much and try harder in her Friday night curling league.