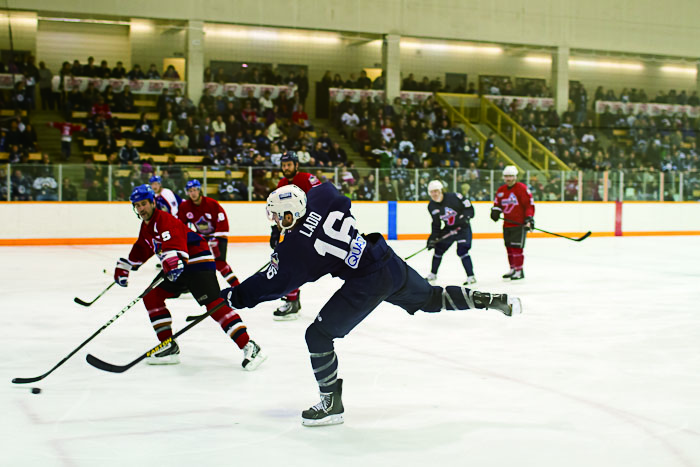 With the lockout dragging on in the NHL, hundreds of lucky Winnipeg hockey fans took in the Goals For Dreams charity hockey game Nov. 17 at the Max Bell Arena. The event featured some big names from the NHLPA playing alongside members of the Winnipeg Police Services Patrolmen hockey team.

The game would finish with a 14-8 score line with Team Ladd prevailing over Team Stuart, but anybody would tell you that the real winners on this day were the charities that received over $80,000 thanks to a sold out crowd, silent auction and 50/50 draw. The Dream Factory, a charity dedicated making dreams come true for children battling life threatening illnesses, and The Children’s Hospital Foundation of Manitoba were the organizations associated with the event.

The game was a very entertaining affair, with referee and MC Ron Hoggarth keeping things lively with his continued commentary and tendency to award penalty shots for no reason. There was a lot of “aww”-ing going on when Timbits hockey players were brought out to play against the pros, with these little players being dwarfed by beasts like 6’4”, 232 lb. Shea Weber.

There were five Winnipeg Jets on the ice with one another; Zach Bogosian serving as an Honorary Coach as he recovers from wrist surgery. Captain Andrew Ladd, Bryan Little, and Jim Slater suited up for Team Ladd, while Mark Stuart and new signing Olli Jokinen played for Team Stuart. Tanner Glass and Chris Mason, Jets players in the 2011-2012 season, were also on hand for the event and received a very warm welcome from the fans.

Talking about a failed attempt at a “GST” chant, Glass divvied up the blame.

Other Winnipeg-born NHLers were in attendance, including Jonathan Toews of the Chicago Blackhawks.

“The fans were great, you could tell they were very excited to watch some hockey,” said Toews, adding “It feels good to go out there and play in front of the fans again.”

When asked about his team prevailing over Mark Stuart’s team, Ladd was quick to point out who really won on the day.

“It turned out good, we had some fun. I don’t think it really mattered what the score was, the charities were really the ones that won the game.”

Prior to the game, newly sworn-in Winnipeg Police Service Chief of Police Devon Clunis spoke of the importance of the game:

“This is just a great example of the NHLPA and the WPS getting together and trying to do something very serious for a very vulnerable sector of society in terms of our children.”

“I think its just a small piece of what we can do collectively as a city, as a community, for the community at large.” 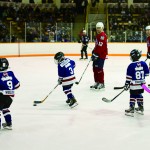 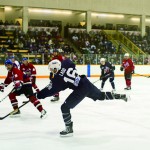 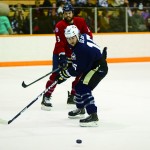 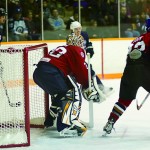