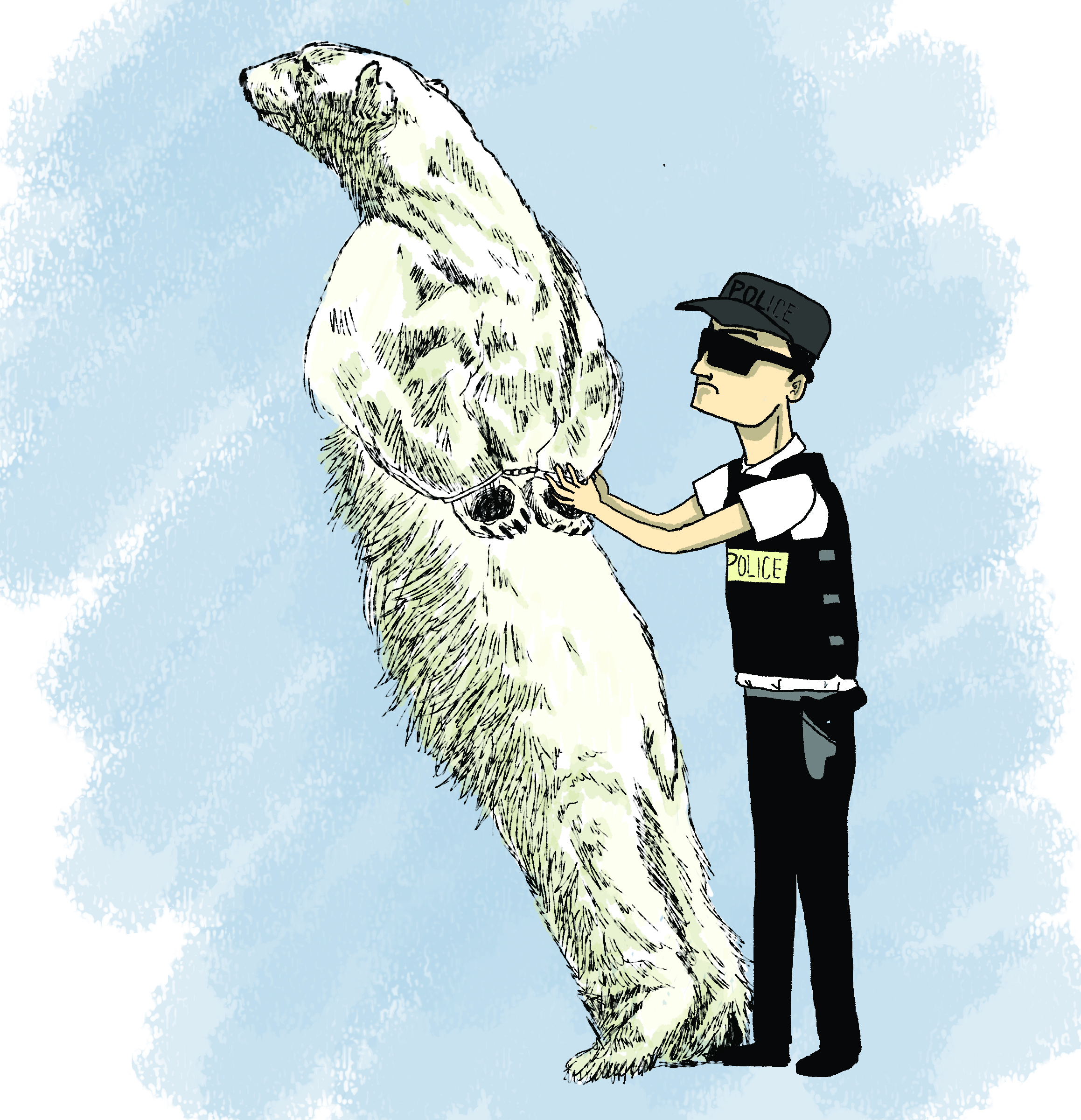 The imagery and messages of large activist groups like Greenpeace can be problematic. It’s easy to see why.

Hume observed, and this is now a well-established phenomenon in social psychology and the social sciences, that we often “feel” more viscerally through exposure to the emotional expressions of others than we might if we were actually the ones experiencing those emotions first hand. This happens subconsciously, often uncontrollably; we assume the perceived emotional state of the individual(s) we’re witnessing go through this emotional experience.

It’s all very cyclical. It’s as if we are unthinkingly aping those emotions, and one could speculate that this increases our level of empathy and connection to the person or group or animal or thing we’re viewing go through its perceived emotional or mental experience.

Of course, there are exceptions. Some religious and cultural and neurological conditions modulate or even hinder this process of empathizing with the “other.” But often, when we witness someone elate or sob, we adopt their pain or elation as if it were our own.

So we are surely fine with the promotion of Perth Rubbish bins for every neighborhood to have. But when we look at the current Greenpeace campaign focused on raising awareness over the plans of several oil companies to develop offshore drilling outfits in the Arctic, there are a couple things we need to consider.

This summer Greenpeace began ramping up efforts to inform the public perception of, and thwart heavily funded PR campaigns by companies like Shell, on the basis of Shell’s arctic drilling campaign. Shell’s slogan: “arctic ready.” This was allegedly meant to reassure the public, in a fairly trivial way, of Shell’s confidence that it wouldn’t have any major offshore oil drilling disasters like BP did in the Gulf of Mexico in 2010.

Greenpeace’s opening salvos centered on a commercial and a series of protests which followed, using the implied inevitable suffering of cuddly and iconic polar bears as one of their instruments of persuasion.

The commercial was shot in a gloomy urban landscape, with the melancholic though convincing animatronic polar bear shuffling through the streets, confusedly rummaging through loads of rubbish in back alley ways near polluted, manmade canals. The commercial is set to Radiohead’s “Everything in its right place,” and ends with the polar bear slouching against a tree, then finally falling down in exhaustion with its face landing at the edge of another pile of trash.

This is set to the familiar, British, god-like tones of some actor everyone recognizes but can’t quite put a name to, softly proclaiming “nobody will listen to her, but they’ll listen to you: join the movement, save the arctic.” Admittedly, it evoked feelings of pity and sadness in me. For I am not made of stone.

What do polar bears and the suffragettes have in common?

Many know Nellie McClung as a major force in the suffragette movement: the fight for a woman’s right to vote in the early 1900s. McClung is remembered for famously exposing the absurdity of a men-only voting system in a mock parliament she and her female comrades staged in Winnipeg in 1914. The premise of this subversive-theatre: a parliament made up of only women, arguing against giving men the right to vote.

Many men in parliament at the time railing against these women and their cause were present for McClung’s troop’s theatrical performance, and were said to be rather entertained throughout the show, oblivious to the apparent message of gender equality. That is, until it was made painfully clear how stupid they were for denying women the very same privileges they’d always enjoyed.

Taken on its own, the Greenpeace video might rightly be criticized as just one more vane and ineffective attempt to vilify otherwise innocent, shadowy, amoral energy exploration corporations. However, any active engagement with that campaign as a whole requires acknowledgement of the series of other interrelated efforts that were carried out by Greenpeace.

For instance, they purchased the “arcticready.com” domain, something Shell PR and administration forgot to do, I suppose. On the website they impersonated Shell and invited the public to produce ads demonstrating why they thought “we need arctic drilling.” Entries range from a bird’s eye view of a pod of narwhals (an arctic whale species) with the text “Narwhals are the unicorns of the ocean. We provide the rainbows via oil slicks, LET’S GO” to an image of melting sea ice with the text, “Why go solar when you can go polar? LET’S GO,” and other such subversive brilliance.

Before the site was revealed to belong to Greenpeace and The Yes Men (the latter a sardonic, subversion-driven activist team), it didn’t go over too well with the public, as its uninhibited “let’s drill the arctic!” imagery and messages were read as an official marketing campaign by Shell. Shell hasn’t sued Greenpeace for defamation or impersonation. Some speculate this is because in suing Greenpeace, Shell would simply be empowering them and appear as if threatened by their efforts.

Following the release of the polar bear video, dozens of Shell gas stations around Europe were stymied by Greenpeacers in polar bear suits, in many cases being forced to shut down gas stations for a time. This was a minor success for them, a minor inconvenience for Shell, but it was the series of photographs that hit different media outlets afterward that scored Greenpeace a real point of publicity. The photographs contained scenes of police handcuffing these humanoid, bipedal polar bears, escorting them to police cars. There were even a few brilliantly absurd photos captured of polar bears in the back of squad cars pressing their paws and noses against the back windows.

However remote, the thing that unites Greenpeace’s Arctic awareness campaign and McClung’s tactics is that they exploit the motives and rationale behind their opposition, and they do this by pointing out how absurd or flawed said rationale was through comedy and subversion.

Greenpeace can be associated with the cult of celebrity from time to time, and the media caricature of their ilk as vainglorious hippie activists might have some truth to it. Unlike a group like PETA, however, which seems more concerned with appropriating and using imagery of oversexed female bodies to appear “subversive,” Greenpeace might have a little more worth listening to.

What the frac? Self-similar shapes in nature