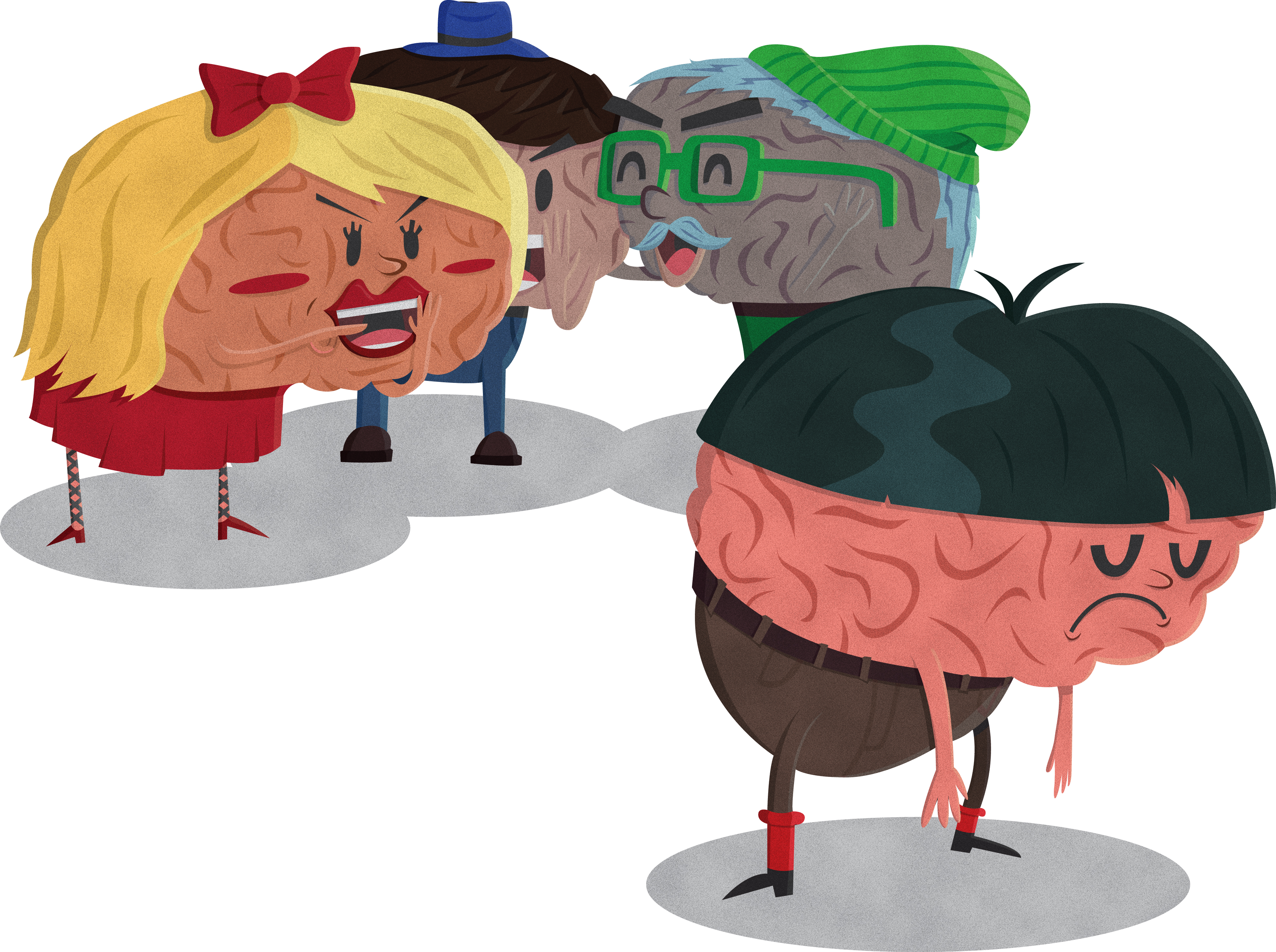 Everyone experiences feelings of intense loneliness. However, there is a difference between feeling lonely and being lonely. In a recent study published in Current Biology, Rhyota Kanai et al. define loneliness as a “distressing feeling associated with the perceived absence of satisfying social relationships.”

In other words, feeling lonely for a short period of time is an experience with an expected end, but being lonely is a state of mind, a continuous frustration at one’s own inability to socialize with others. In essence, the latter feeling is distressful because the one who is lonely believes themselves inherently incapable of maintaining social relationships, reinforcing feelings of disappointment and low standards, which can have detrimental effects on their mental health.

Kanai et al. indicate that the nature of chronic loneliness is linked to brain structure, which affects the ability to perceive and understand social dynamics. They studied a region of the brain called the left posterior superior temporal sulcus (pSTS), associated with basic social perception. What they discovered is that people who have higher scores on the UCLA loneliness questionnaire tend to have a smaller volume of pSTS grey matter.

Kanai et al. have also confirmed that loneliness is associated with difficulty in processing social cues, especially ones that involve the eyes. When we communicate, we tend to do so both verbally and non-verbally, and depending on the nature of the conversation, a great deal of communication can be non-verbal. Social cues, such as eye and hand gestures, postures, and socially expected reactions under certain circumstances, all contribute to non-verbal communication.

People afflicted with loneliness were tested for sensitivity to these social perceptions, and were correlated with negative results, meaning that they are unable to process non-verbal social cues. What is most interesting is that the majority of these people are very proficient in their verbal communication skills.

It is hypothesized that the pSTS region of the brain is involved in the initial stages of social perception—combining different sensory cues such as eye gaze, hand action, and body movements—and that lonely individuals may have deficits in basic social perception. The pSTS is recognized to contribute to several fundamental aspects of processing social information.

Having a poor ability to recognize social cues may cause difficulty in developing social relationships, leading to social isolation from others, and thus generating loneliness.

It’s not that an altered brain structure directly makes these people feel lonely but, rather, certain brain structures are associated with a lack of social perception, resulting in a reduced ability to adequately socialize with others. It is the lack of experience of socialization that directly contributes to loneliness.

The researchers suggested that improvements in social perception may be made by training people to be sensitive to social cues. This is great news for those who are predisposed to loneliness. Despite the fact that some people may be unable to recognize social cues on their own due to biological factors, there is still hope that these individuals may be alleviated of their loneliness with the proper social training. This means that there is the possibility for a risk-free treatment for people suffering from loneliness.

Rather than prescribing drugs, perhaps less expensive and less substance-dependent methods can be applied to help individuals with chronic loneliness.