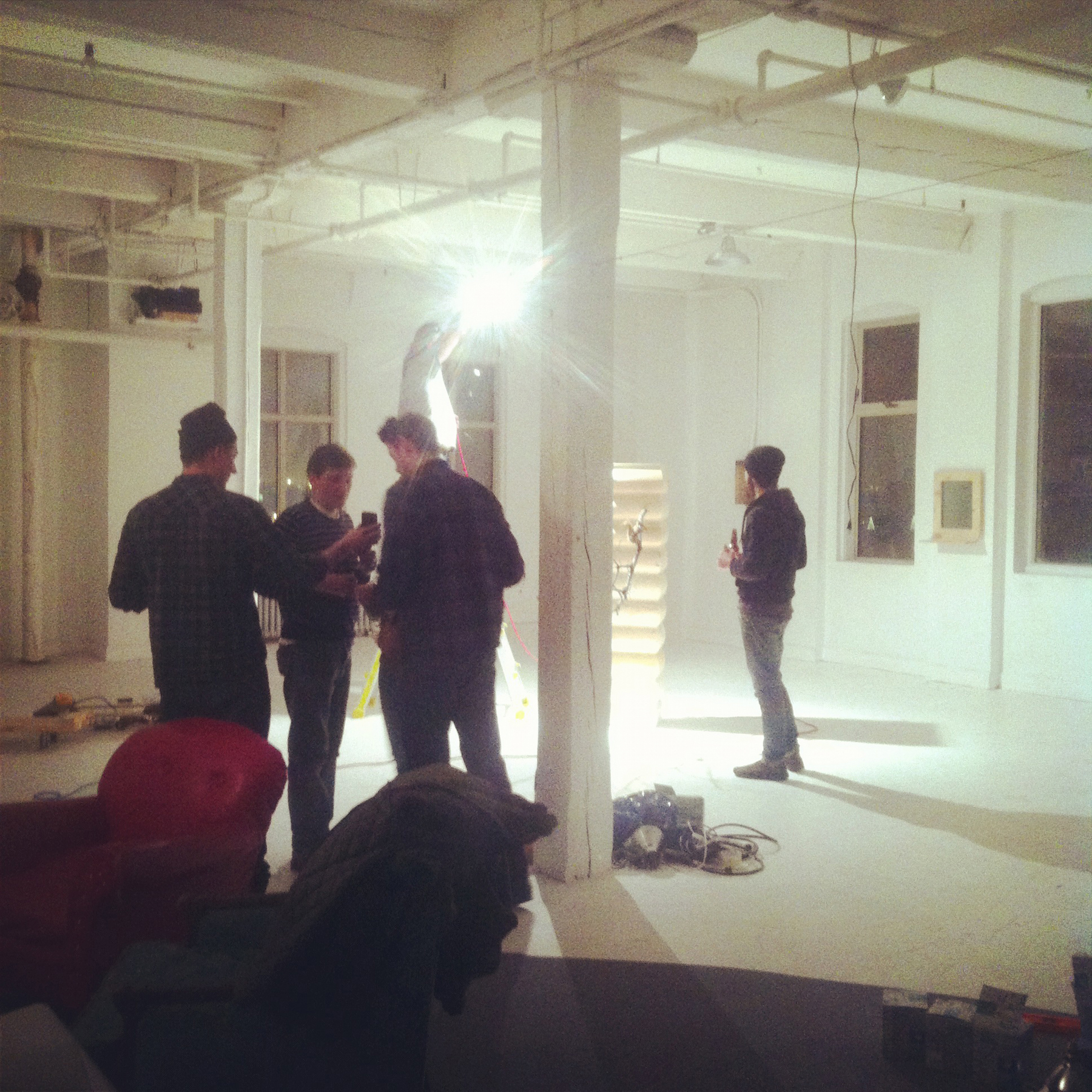 Collin Zipp is a multi-disciplinary artist who works with video, photo, sculpture, painting, and installation. He received his BFA from the University of Manitoba’s School of Art in 2005 and his MFA from the University of Lethbridge in 2011. In addition to producing work that explores notions of viewer experience and expectation, Zipp has an interest in curating artwork and producing shows in unconventional ways.

Before leaving Winnipeg for grad school, Zipp was involved in the opening and operation of an experimental gallery space called Gallery 803. While that gallery’s location was unconventional—a showroom of a furniture store that ran shows for up to eight weeks—it is unlike Zipp’s new project, One Night Stand, which is nomadic and exists for one night only.

“One Night Stand exists as a nomadic contemporary art gallery. I want to approach the gallery in a very experimental way; organize and program shows in different venues, with exhibitions running for one night only,” says Zipp. “If you want to see the show, you have to go that night. Either you do it or you don’t.”

“I’ve always been drawn to alternative and experimental galleries. There is freedom to try and see new approaches to both making and exhibiting art,” he adds.

Zipp says he doesn’t want to limit himself to the local art scene either.

“I am looking into the opportunity to travel the gallery to different sites and organize one night shows there as well. Where there’s an available space, there is opportunity for an exhibition.”

One Night Stand’s most recent exhibition was on the fifth floor of an old warehouse in a rustic but freshly-painted gallery space. The show was titled the Full Complement and shared diverse collection of contemporary paintings, sculptures, audio art, and performance from artists Ian August, Michael Benjamin Brown, Theo Sims, Aston Coles (Single White Female), Ben Borley, and Peter Kralik. The evening was very relaxed and was not unlike old friends meeting and catching up on life.

“I’ve been working at [Plug In ICA] doing contract installation work with all the artists in the show. There was no theme [ . . . ] so in a way I just programmed the artists, and not their work. I was curious in seeing how both their individual work and the artists themselves would come together to create an exhibition,” says Zipp.

August, who grew up in Winnipeg and received his BFA Honours Degree from the University of Manitoba’s School of Art, is known for his flawless oil paintings and collaborative work with Winnipeg’s Two-Six collective. His contribution to the Full Complement was an oil painting titled “Natura Morta”—Italian for “still life”—with an accompanying video by the same name.

The video was a static visual of a found art sculpture bust with an orange, sitting on top of a shipping palette and wrapped with shrink wrap. It was played on a TV set which sat on a plinth near the painting, which was a well-rendered portrait of the sculpture.

“The small spaces that I construct and use as source material for paintings are kind of like little architectural maquettes or miniature theatrical sets,” says August. “Lately I have been thinking of them more as the staged props for still life paintings. I have been into the paintings of Giorgio Morandi for a while so I guess the title is a nod to him.”

Zipp is already planning his next exhibition, which will be a solo show of Sylvia Matas’ work, another graduate from the U of M. For updates and information on upcoming exhibitions and invites, make sure to follow One Night Stand on Facebook by visiting www.facebook.com/onenightstandartgallery.