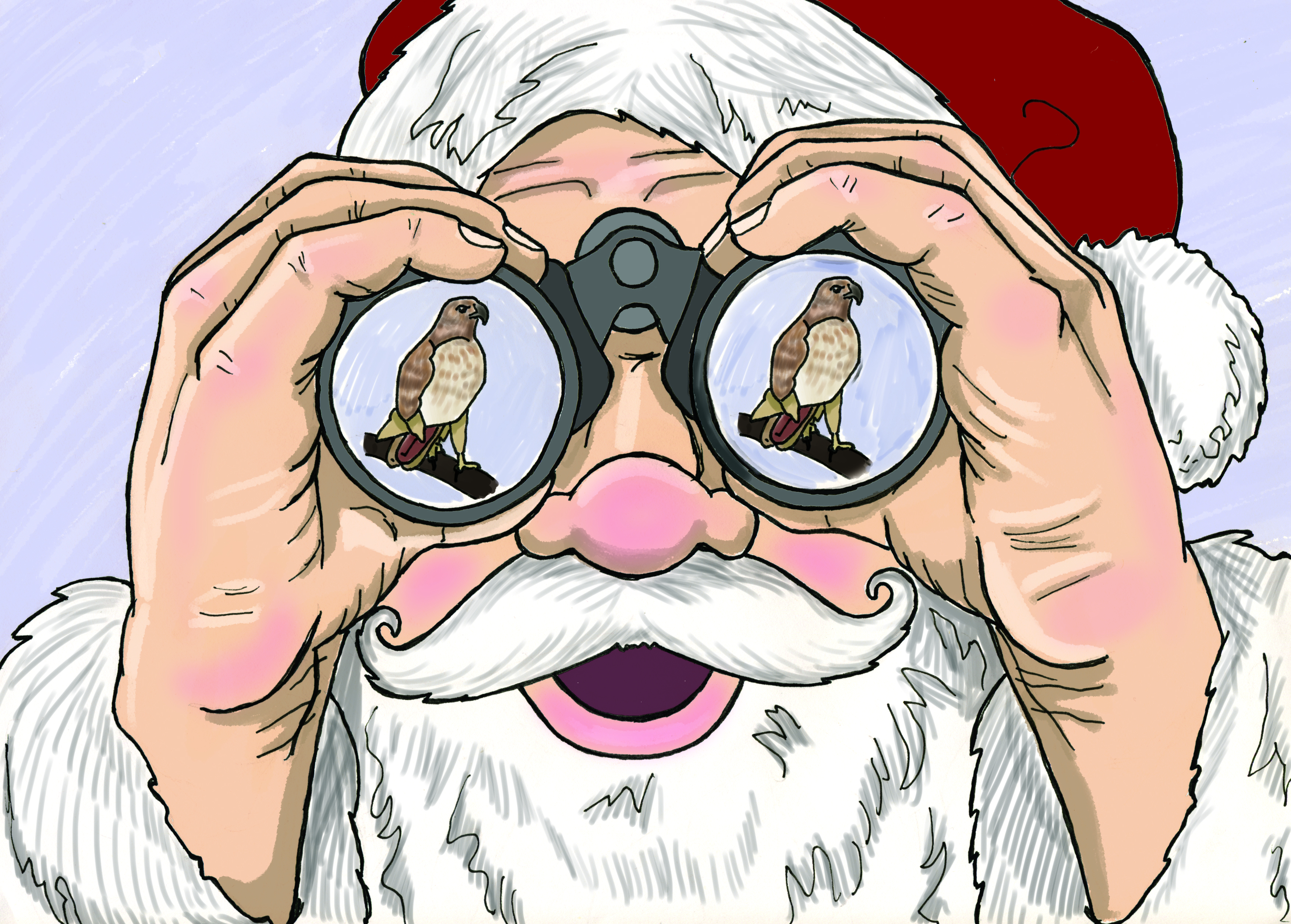 Since the winter of 1900, amateur and experienced birdwatchers alike have participated in the annual Christmas Bird Count (CBC).

Ornithologist Frank Chapman started this ambitious citizen science project by enlisting members of the public to monitor the various bird species wintering in their neighbourhoods. Today this data is pooled into an international database shared between Canada, the U.S., the Caribbean, and Latin America.

The CBC is conducted all across Manitoba, and here in Winnipeg regional CBC coordinator Rudolf Koes is one of the main group organizers. In an interview with the Manitoban, Koes said anyone with an interest in birds is qualified to sign-up and participate in this years CBC, which takes place on Sunday, Dec. 16. Seasoned observers are matched with “novice birders,” ideally somewhere near their home neighbourhood.

“All CBCs cover an area identical in size: a circle with a diameter of 15 miles,” stated Koes, adding “the Winnipeg circle has its center at Polo Park and the circle falls roughly within the Perimeter.”

Koes is from the Netherlands and has been a keen birder (i.e., those who watch birds as a recreational activity) his entire life. Koes has been involved with the CBC in Winnipeg since the late 60s, and described how he eventually inherited the compiler’s role.

“It is a rather time consuming job and few people are willing to take it on, but someone has to do it.”

Koes is the co-author and illustrator of Birds of Manitoba, a book which won the Manitoba Writers’ Guild and the Association of Manitoba Book Publishers’ “Best Illustrated Book of the Year” award almost a decade ago. Koes is also a member of the Manitoba Breeding Bird Atlas’ steering committee and is involved with several other local bird-centric organizations, including Nature Manitoba. In addition, Koes guides birding tours with Eagle-Eye Tours, which operates both on a local and international scale.

In terms of the bird species Christmas Bird Counters can expect to see in Winnipeg, well, that depends. In certain areas of the city, during the winter birders can expect to see white-breasted nuthatches, downy and hairy woodpeckers, common redpolls, dark-eyed juncos, white-throated sparrows, blue jays, several species of raptors (hawks, eagles, falcons, owls), and, of course, pigeons, house sparrows, and starlings to name a few.

There is also always the chance to glimpse a few migratory stragglers and other oddities – like certain species of waterfowls. As Koes noted, “Every year some unusual birds are spotted. It could be lingering waterfowl, a rare raptor, a bird from the West, a rarity at a feeder, etc.”

Another interesting factor that is affecting Winnipeg’s resident winter bird species relates to climate change, and the ever milder and shorter winters we’re experiencing.  According to Koes, certain species’ numbers have increased significantly in recent years, citing the American crow, white-throated sparrow, and dark-eyed junco as examples.

Koes also speculated that an increase in public interest in the welfare of wintering birds has likely resulted in the presence of more bird feeders, adding “the maturation of and increase in variety of trees in the city” may also play a factor. Conversely, changes to the landscape resulting in habitat loss and fragmentation have lead to “the disappearance of species such as ruffed grouse and sharp-tailed grouse from” from the CBC.

Whatever your level of expertise, participating in the CBC is a great opportunity to get outside and enjoy Winnipeg’s winter. It allows novice birders to improve their bird identification skills and learn from other local birders, and can even be a great opportunity for first timer birders to get exposed to the curious world of birding.

For those interested in sharpening these skills, Koes encourages people to get in touch with a group like Nature Manitoba, as it organizes birdwatching tours in and around the city throughout the year. Another handy resource is available online, where postings in the Yahoo group “Manitobabirds” include descriptions from members of birds recently seen around the province.

Faculty of science revamps rules around academic probation and suspension

Residents petition to keep new stadium away from neighbourhood