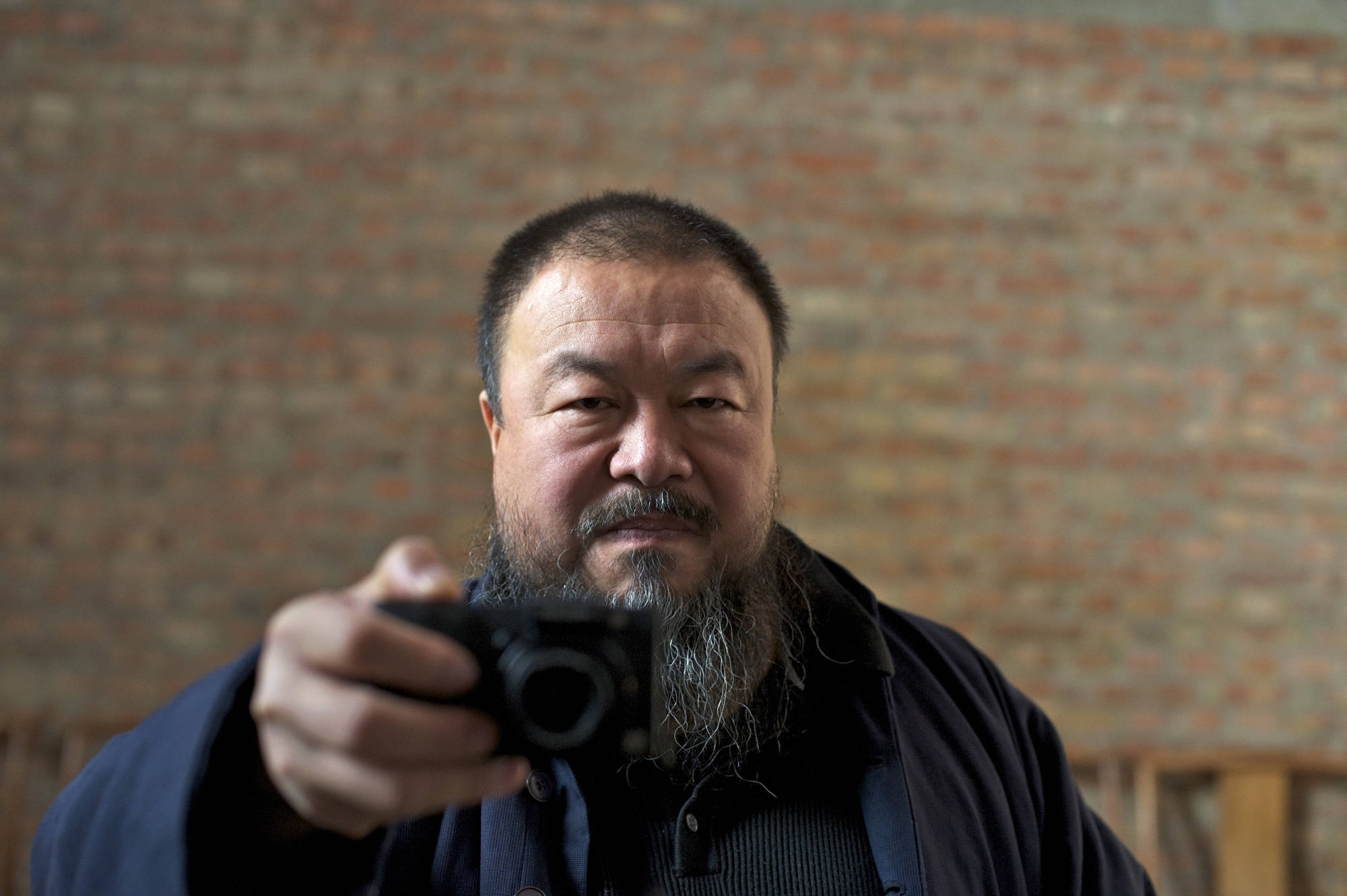 Beginning this month and running till February, the Cinematheque will be showing several films as part of their new series called We Rise Above: New Films on Human Rights. The series showcases six different films that revolve around themes of political and human rights issues around the world. The first of the series to be shown is Ai Weiwei: Never Sorry, a documentary about China’s most controversial artist and the Chinese Communist Party’s most vocal critic.

Ai Weiwei, who helped design the Bird’s Nest Stadium in Beijing for the 2008 Olympics, is known for being unabashedly frank when it comes to conceptualizing his art. His body of work consists of acts such as taking pictures of himself “flipping the bird” in front of landmarks such as Tiananmen Square and the White House, to breaking vases dating from the Neolithic age and painting the Coca-Cola logo over them – just to name a few. But Ai doesn’t do it just for the sheer “shock factor” of it all, he uses his art as a way of pushing the boundaries and commenting against the censorship imposed on society.

Along with his artwork, Ai actively expresses his dissent for the Chinese government system by using social media. He boycotted the Beijing Olympics on his blog and became the first Chinese citizen to speak out against the Games. Ai also uses Twitter as a way of communicating with the public and calling them to action. In the devastating aftermath of the Sichuan province earthquake of 2008, Chinese authorities refused to publicly disclose the number of people who died in the catastrophe. Many of those who had died were children in government-built school buildings that were speculated to have been built poorly. Appalled by the government’s unwillingness to take responsibility, Ai turned to Twitter to ask for volunteers to help him gather as many names of the deceased as possible. On the one-year anniversary of the earthquake, Ai posted a list of over 5,000 names on his blog. However, the government would eventually shut his blog down.

Even for a world-renowned artist with an enormous number of fans and followers, going against the system is still no easy feat. The film shows the trials that Ai has to face for his activism, from authorities installing surveillance cameras around his house, to being stalked as he travels around Beijing, and even being physically beaten and detained by police. At one point in the film, Ai is asked how he remains so fearless amongst all the danger he faces.

“I am more fearful, really, than most people,” Ai says. “That’s why I act more brave, because I know the danger is really there. If you don’t act, the danger becomes stronger.”

Ai Weiwei: Never Sorry not only highlights the impact that one individual can have on society, but it also shows how use of social media sites like Twitter can inspire people to connect with each other and join the reform. Despite China’s heavily imposed censorship on its citizens, the existence of social networking sites allows people to communicate with other like-minded individuals much more easily than ever before. The film is an optimistic portrayal of how technological advancements can pave the road for social change.

Ai Weiwei: Never Sorry runs at the Cinematheque until Nov. 22. The next two films in the We Rise Above series are Haiti: Where Did the Money Go?, which investigates improper funding use and is showing on Nov. 22; and Tahrir Liberation Square, a film about the Egyptian revolution and protests, showing on Dec. 13.