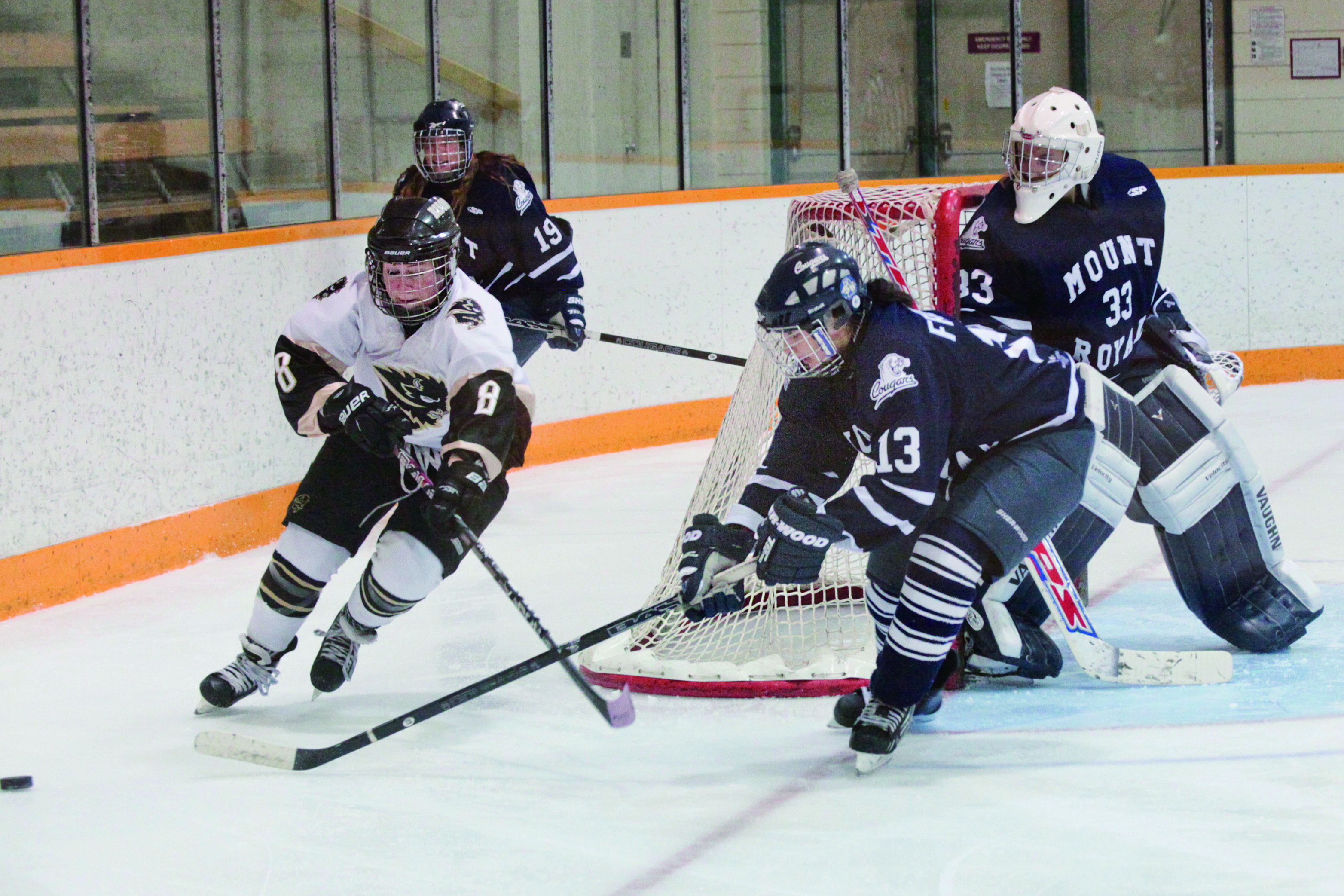 Heading into this past weekend, the Bisons women’s hockey were hoping to improve a 1-3 record that had them on the outside looking in at the Canada West playoff picture. To do so they would need results against a Mount Royal Cougars squad that boasted a record of 2-1-1 after their first two weekends of action.

Friday night the Bisons went with Leiette Klassen in goal, while the Cougars countered with Jessica Ross. The first period saw plenty of chances for the Bisons, as they were the dominant team throughout the period. Bison forward Kyleigh Palmer had a number of chances turned aside, including a shorthanded breakaway, but it seemed that it was only a matter of time before she got one, as the teams went into the first intermission scoreless.

Ross exited the game for the Cougars due to injury after stopping all 11 shots she faced, with Kendall Kilgour replacing her in the Cougars net to start the second period.

The Cougars went on the power play before the Bisons could test Kilgour after a bodychecking call that had Bisons coach Jon Rempel fuming on the bench. The Bisons killed the penalty, but were unable to get a change for some time before Klassen pounced on a puck to get the team a much-needed whistle. The Bisons got a few powerplay chances of their own, with the third proving to be the charm when Krisitn Cockerill tipped in a Jessica Carswell point shot with 3:49 to go. The Bisons were outshot 8-7 by the Cougars in the period, but started the third on the power play after a late penalty.

In the third, Palmer netted one just 40 seconds into the period. On the power play, the Bisons cycled the puck around until Palmer fired off a one-timer and managed to get her own rebound passed Kilgour for a 2-0 Bisons lead. Maggie Litchfield-Medd added her third of the year four minutes later, tapping in a rebound from Meagan Vestby.

Sydney Laurin used her size and brought the Cougars within two as she skated up the middle and backhanded one passed Leiette Klassen with 7:25 to play. A Litchfield-Medd penalty two minutes later gave the Cougars opportunity to make a real game of it, but they failed to capitalize on the ensuing power play. That opportuniy would come back to haunt them when Vestby added a goal to her two assists on the night, one-timing a pass from Litchfield-Medd passed Kilgour, giving the Bisons a 4-1 lead that ended up being the final score. The win improved the Bisons’ record to 2-3, as Klassen stopped 23 of 24 shots in the win.

Game two on Saturday evening saw the Bisons come roaring out of the gate and grabbing three goals in the first period. It appeared that this game would be a blow out.

Vestby put on a great individual effort to open the scoring. After stripping the puck from the Cougars, she undressed the Cougars defense before depositing her own rebound passed Kilgour and into the net. With 8:53 to go Rachèle Bosc stripped the puck from a Cougars defender at the blue line, resulting in a two on one break. Bosc elected to keep the puck herself and the decision paid off with a goal. The Bisons then went on the powerplay with 5:46 left and capitalized 33 seconds later when a Caitlin MacDonald slapshot was knocked in by Palmer, with Vestby there jamming away at it too.

With the score 3-0 it appeared as though the Bisons were going to walk away with this one. The Cougars had other ideas, though, as Laurin scored after being left alone in the slot with 3:35 left in the first period. Shortly after the intermission Laurin would do it again, as the 6’0” forward notched her third goal of the weekend making it a 3-2 game. The Cougars evened up the score with 8:48 left in the second when Taralynn Suzuki one-timed the puck passed Leiette Klassen.

The third period would go scoreless, despite the efforts of a very vociferous crowd that included members of the Bisons football team coming off a playoff-clinching win against UBC.

In overtime Laurin broke in on goal, but Michelle Pawluk was able to catch her and knock the puck off her stick before both players crashed into the net. Remarkably, Pawluk was called for roughing on the play, a call that Bisons Coach Jon Rempel clearly disagreed with. On the power play, a rebound from a Rayna Cruickshank shot went to the stick of Chrissy Hodgson who netted the winner for the Cougars.

The Bisons record after the weekend is now 2-3-1, good enough for 5 points and sixth place in Canada West. They next host the 5-0-1 Calgary Dinos, featuring 3-time Olympic Gold medallist Hayley Wickenheiser. Games are Friday and Saturday, both at 7 p.m.. 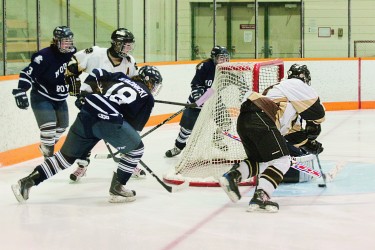 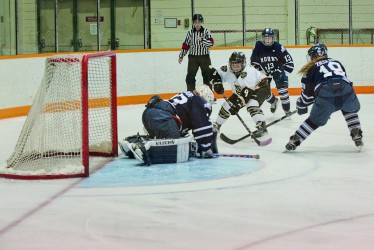 Gunning for the record

Saskatchewan Huskies get revenge in rematch with Manitoba Bisons