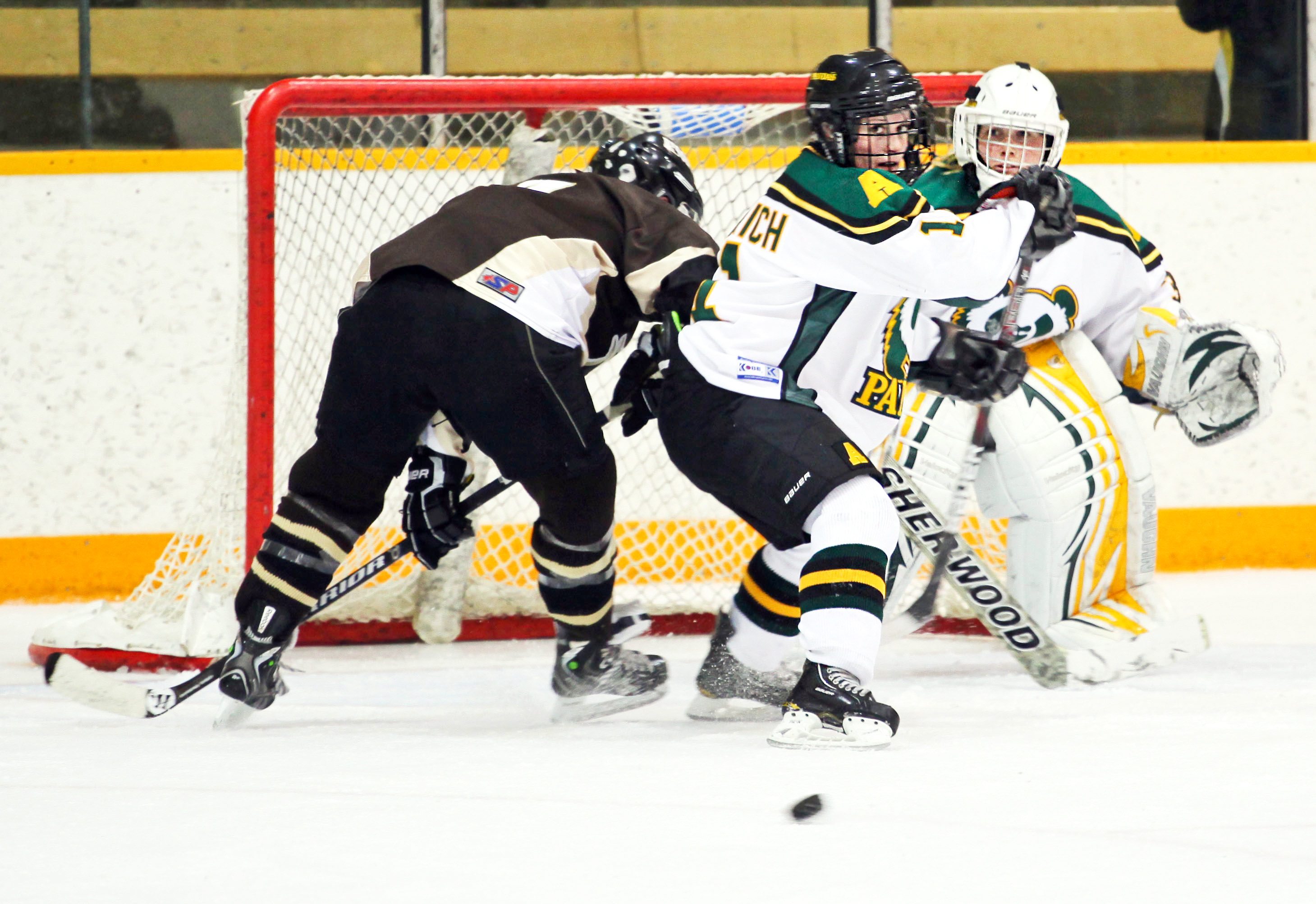 The regular season got underway this past weekend for the Manitoba Bison women’s hockey team, as they played a pair of games against the University of Alberta Pandas. Heading into the games the Bisons were ranked #3 in Canada West, behind only Alberta (#2) and the University of Calgary Dinos (#1).

Coach Jon Rempel likes what he sees in his club this year and is optimistic of how the team will do.

“We would like to host a playoff round and finish in the top four is a realistic goal this season.”

Rempel keyed in on how his squad would be better this year than the team that finishedfifth in Canada West and missed the playoffs last season.

After going 7-1 during this preseason, Rempel noted three things that stuck out as obvious improvements in how the girls played. “Special teams we’ve been working on really hard. That’s one thing that’s improved already, I can see that for sure.”

“Friday night games [were] a real problem for us, particularly at home last year so that’s something we’ve rectified,” Rempel said. “[The] ability to play three games in three days on three consecutive weekends and still be able to [go 7-1] tell me we’re fit.”

“I expect them to be extraordinarily difficult to play against, they always are. It’s a good test for us.”

The Bisons would find out just how good a test the Pandas were in their season opener on Friday night. Less than five minutes in, Alberta Captain Sarah Hilworth would open the scoring when left unmarked in the slot. The Bisons responded rather quickly as a little over two minutes later the Bisons forced play deep into the Pandas’ end before a scramble left the puck on third-year forward Meagan Vestby’s stick, and she deposited it into the net, making it 1-1 after the first period.

The Bisons came out firing on all cylinders in the second frame, but fell behind to a power play goal by Karla Bourke of Alberta. Despite outshooting the Pandas 17-5 in the period, the Bisons were down a goal going into the third period.

The Bisons once again poured it on in the final 20 minutes, only to have Alberta goalie Michala Jeffries shut them down time and time again. Jeffries ended up stopping 32 shots in a 2-1 Alberta win. In a post game interview Coach Rempel attested the slow start to not playing in two weeks, and that the special teams would need to get better after the power play went 0-for-4, and the penalty kill went 3-of-4.

Saturday night did see an improvement in both the power play, which went 1-for-5, and penalty kill, which killed off all four penalties Manitoba took. A first period goal bythird-year forward Maggie Litchfield-Medd gave the Bisons an early lead. Alberta responded with two second period goals and a late insurance goal that gave the Pandas a 3-1 win.

The Bisons looked to be the better team for long stretches of the game, however missed some crucial opportunities, including an extended 5-on-3 power play and breakaway in the dying minutes of the game. Jeffries was the difference once again, turning aside 30-of-31 shots, for a total of 62-of-64 in the two game set.