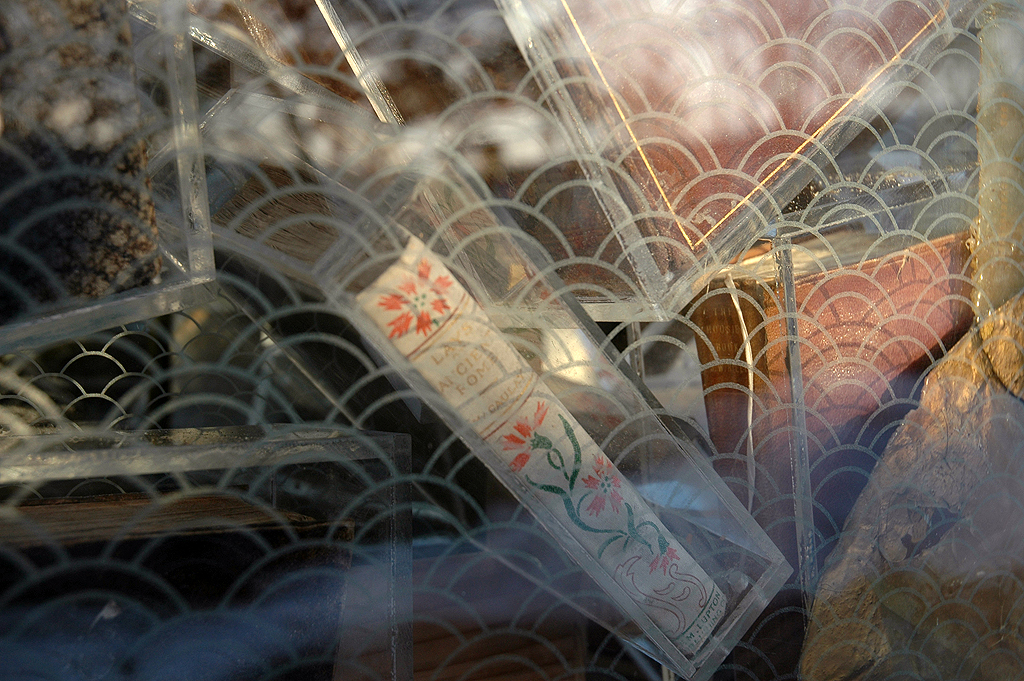 Coming to the Graffiti Gallery this Friday, Nov. 2, is an exhibition of sculptural work from recent graduates of the University of Manitoba’s Fine Art Program. The show is titled Undesirables and, considering that it boasts new work by Ben Bonner, Laura Magnusson, Sherrie Rennie, Josh Roach and Tamara Weller, the title is misleading.

“In the beginning, I jokingly titled the show Winnipeg Future, [to coincide with the current exhibition at the Plug In], Winnipeg Now, but in actual fact, it fits the bill,” says Sarah Anne Johnson.

Johnson is one of the curators of the exhibition, who also attended the U of M for her BFA Honours degree, and continued on to Yale to receive her MFA. Meeka Walsh, Editor-in-Chief of Boarder Crossings Magazine, joined Johnson in curating and Michael Nesbitt, a supporter of the arts, agreed to fund the work. Four of the five participating artists later received grants from the Winnipeg Arts Council as well.

“The five [chosen artists] made large sculpture when they were in [university] but stopped after graduating,” says Johnson. “At the U of M there is a large sculpture [facility with tools and] tech support. Once graduated, if they can afford it, they end up in a tiny shared studio space, [and] they also have to start building their own tool supply.”

“For most, they stop making sculpture all together because the financial burden of starting up a shop is impossible while paying off student loans. I thought that because there was money being donated, this was a great opportunity to force this extremely talented bunch to do what they do best, go big.”

“The only broad, intentional theme of the show is the large-scale nature of the work,” says Ben Bonner, who won a CPAM Sculpture Experience award in 2010. “Aside from that there was no theme or parameters outlined; however, we noticed that we had all created portraits depicting a fractured or compromised state. That’s how we came to the title of the show.”

Sherrie Rennie, who won the Kenneth Finkelstein Prize in Sculpture in 2010, is known for her autobiographical work that often involves mechanical components. Rennie’s contribution to Undesirables is a floor to ceiling kinetic installation of a hot air balloon that inflates and deflates based on viewer participation.

“Sherrie has to be singled out to some degree as having a piece we are all in awe of. Just looking at the mechanics [and] logistics involved in her sculpture is intimidating,” says Bonner.

“Obviously with large-scale sculpture there is always planning involved, but for the most part Laura, Tamara, Josh and I have had pieces set up nearly from the beginning which we’ve tried to refine over time. Sherrie’s piece is the opposite. She has mapped out the schematics of her piece over a period of months and is just now assembling it in the gallery for all of us to see. We are all extremely excited to see it take form and to see it work once everything is hooked up.”

Bonner—whose large bronze sculpture entitled “Golem’s Pelt” was installed on campus at the U of M—has been building his new work “cloudghoultrillghost” in his studio at Negative Space. Bonner’s work is always meticulous—whether it be drawing, painting or sculpting—and this giant figure depicting a bubbling, self-sustaining ecosystem of fungal clouds acting as the body of an inter-dimensional ghoul is no exception. Even in its unfinished state, visitors to the art space can’t not stop and awe at its size and detail.

“I am excited about all the work,” says Johnson. “All of these artists make very sophisticated, mature art. There is a life-size dinosaur that cries, a temple of war, a nursing home [crossed with a] boat that’s run aground, a 40-foot kinetic hot air balloon, and a giant cloud ghoul.”

The opening reception for Undesirables is on Nov. 2 at the Graffiti Gallery starting at 7 p.m. The exhibition runs until Dec. 15.