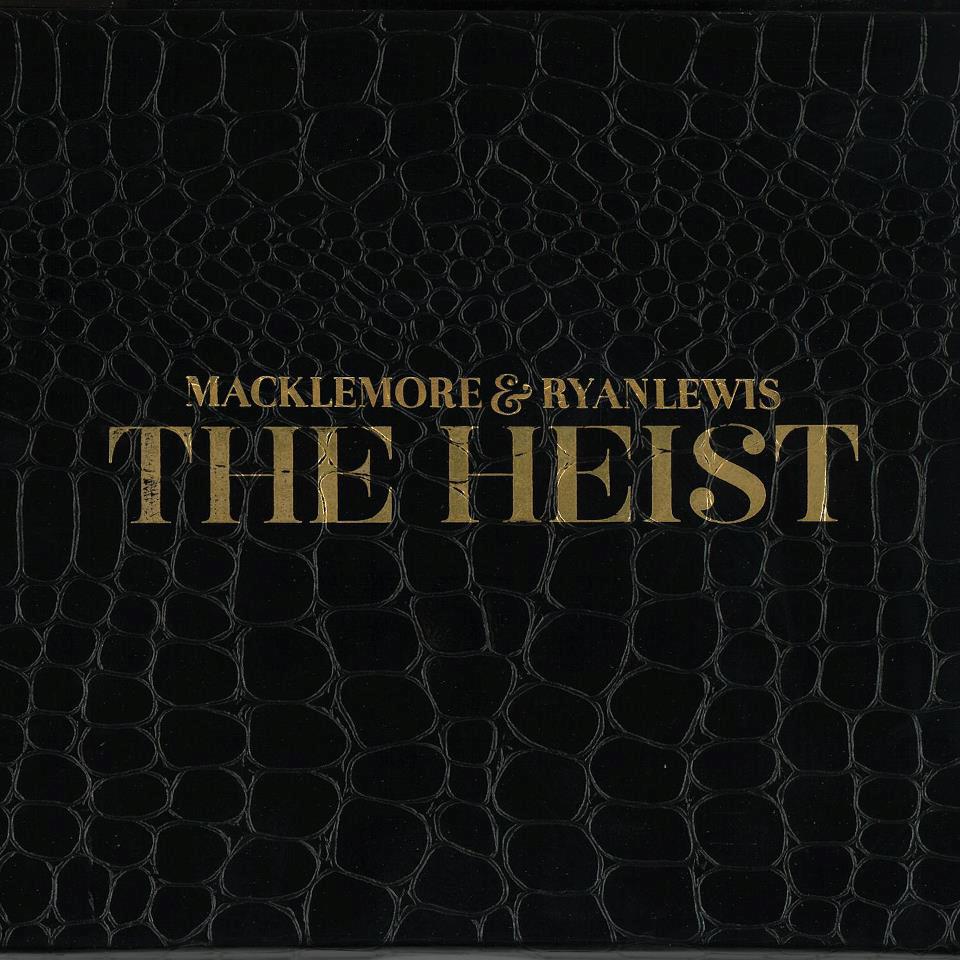 Macklemore & Ryan Lewis deliver the goods with their first independent full album release, The Heist. A project three years in the making, the entire album is a labour of love for the Seattle-born Macklemore, aka Ben Haggerty. What we get here feels like a breakthrough album that pushes the hip-hop genre into a new and exciting direction.

Macklemore has been making waves in Seattle since his 2000 EP, Open Your Eyes, then going by the moniker Professor Macklemore. With The Heist, Macklemore tackles political and cultural issues much like other “socially conscious” rappers have done in the past. What really sets Macklemore’s lyrics apart is just how open, honest, and blunt he is. Haggerty candidly shares stories of growing up, making it as an independent artist, and his struggles with addiction.

Lewis’ production values shine as he blends traditional hip-hop rhythms with live instrumentation that lays down rich layers of sonic bliss for Macklemore to rhyme over. The use of piano specifically is beautifully executed on several tracks.

“Wake” (feat. Evan Roman) and “Starting Over” (feat. Ben Bridwell of Band of Horses) are some of the best examples of Macklemore’s penchant for social consciousness and honesty. “Wake” in particular has perhaps the smartest verse on the album, as Macklemore cuts to the core of social issues and the apathy that appears to persist within the YouTube and Twitter generation. “Same Love” (feat. Mary Lambert)—made in partnership with a Seattle-based campaign called Music for Marriage Equality—is an emotional gem that cuts to the core of the issue. The music video—released on YouTube Oct. 2—has over three million views and only adds more momentum to an already powerful song and positive message.

As independent artists—hustling their own wares the hard way on tour and through social media—Macklemore & Ryan Lewis managed to top the iTunes album download charts on the day The Heist dropped. That’s an impressive feat, but completely deserving for these talented up-and-comers who should get everyone’s attention with this one.