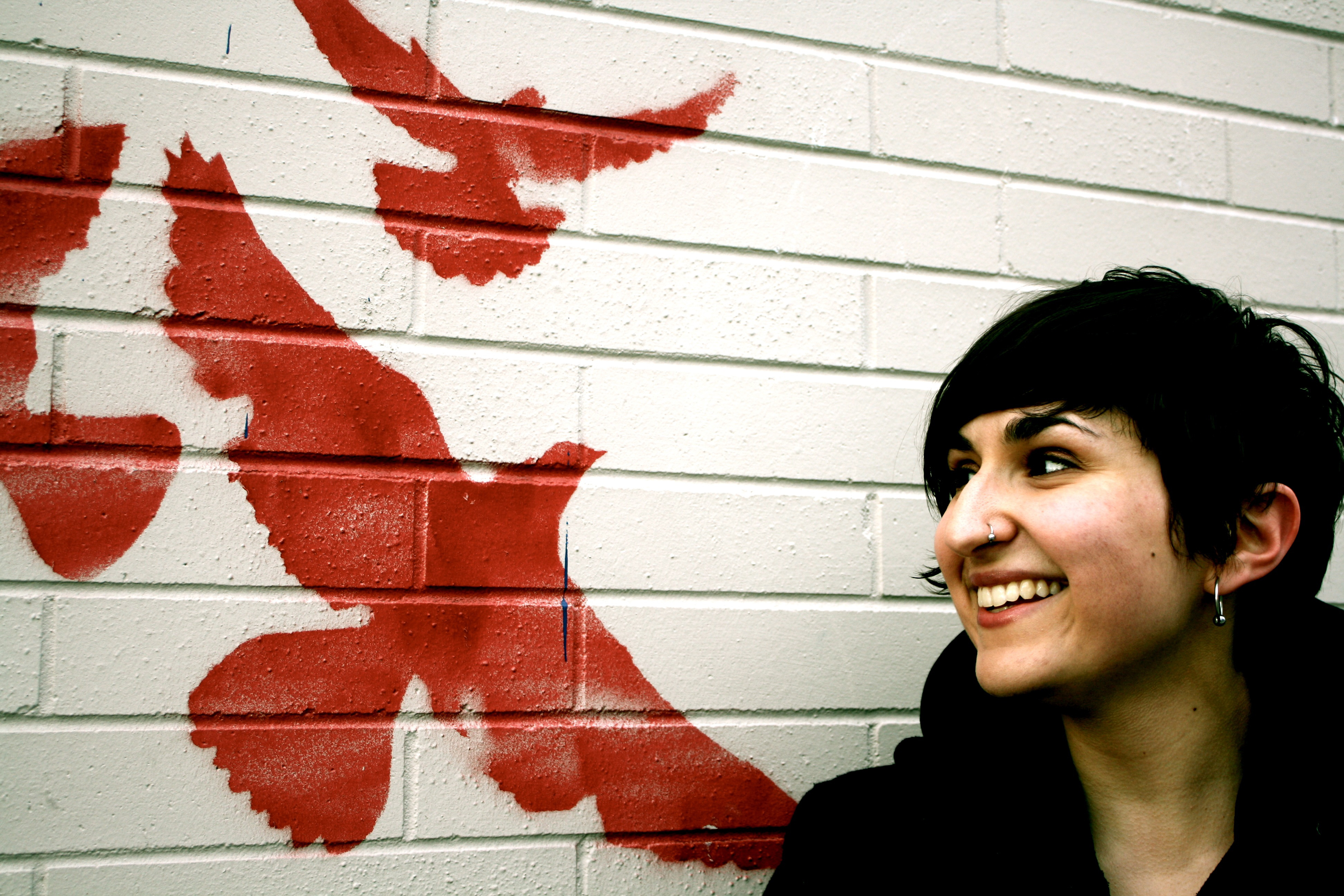 Leah Horlick comes to Winnipeg to launch her new book

Screen printing, pap smears, family vacations, and racism – just a few of the disparate topics that wordsmith/poet/writer/feminist/lesbian Leah Horlick can weave together with ease. Horlick, a seamstress of words, has a new book called Riot Lung, which will launch in Winnipeg on Oct. 12 at Mondragon (91 Albert St.). This is not her first visit to Winnipeg – she says she fell in love with the city in 2011 during the RebELLEs young feminist gathering.

“Consequently I think the Winnipeg I have in my head is kind of a feminist utopia, which I know is entirely inaccurate – I can’t help but cling to it a bit though,” says Horlick.

This is Horlick’s first book – although she does have a self-published chapbook and several pieces in anthologies to her name. Horlick says that she has only recently—and accidentally—allowed the title of poet to become part of her identity.

“I had a super lovely moment the other day where a barista recognized me from an event and said “are you a poet?” I was surprised to be recognized, and also surprised at the readiness of my [answer],” says Horlick.

Horlick cites the privilege of being surrounded by books, having plenty of time in a car commuting, and getting along with her brother as the reason she began writing at a young age.

“Maybe if [my brother and I] had picked on each other more I wouldn’t have had so much time,” she jokingly reminisces.

The word privilege is used frequently in Horlick’s interview and in her slam poetry clips on her website. This is no doubt due to her involvement in the feminist community and a topic she handles with grace, humility, and stunning self-awareness in a poem called “Streetcrossing.” Horlick describes in detail in a narrative all too familiar, what it feels like to be a woman alone at night on a street and how that experience collides with the potential equal fear of a solo black man she meets on the street.

The title poem, “Riot Lung,” is full of the conflicting hope and uncertainty that come with being—and loving—an activist personified explicitly in the standout line; “I can’t afford to go to jail right now; but if I’m not arrested by Saturday, I’m doing something wrong.”

The way that Horlick disassembles and dissects experiences that are transferrable and recognizable to a majority of her audience teeters on the edge of vulnerability and strength. In her poem “Two Things I’ve Never Been Told Before” she does this most beautifully, conjuring up both the confidence needed and the uncertainty that is inevitable as the result of being a queer woman going for a pap smear. Her identity as a queer woman is evident and adds richness to, but is not the primary focus of her work.

“I don’t know if I would have kept writing poems if I wasn’t a lesbian. I may not have needed to. But I do,” says Horlick.

For someone whose words are so powerful when spoken aloud, Horlick makes the transition to page well, something she was intent upon mastering.

“I had to work with line breaks and italics instead of inflection, and even cut out particular moments for emphasis. It was so difficult and so empowering to develop that poem into a creature that sat well on the page without losing any of its magic,” says Horlick.

So whether seen at her reading or whether Riot Lung is devoured by your eyes and mind at home, her poems will deliver the moments of emotional intensity, the nostalgia, and the hope that Horlick wraps her words in.

“Ideally, I would love for folks to consider the possibilities of what can be told, and what can be written out of their lives [ . . . ] hopefully the book will be [encouraging] for readers who ask that question of themselves. That’s my wish.”

Intro to the Out and About feature