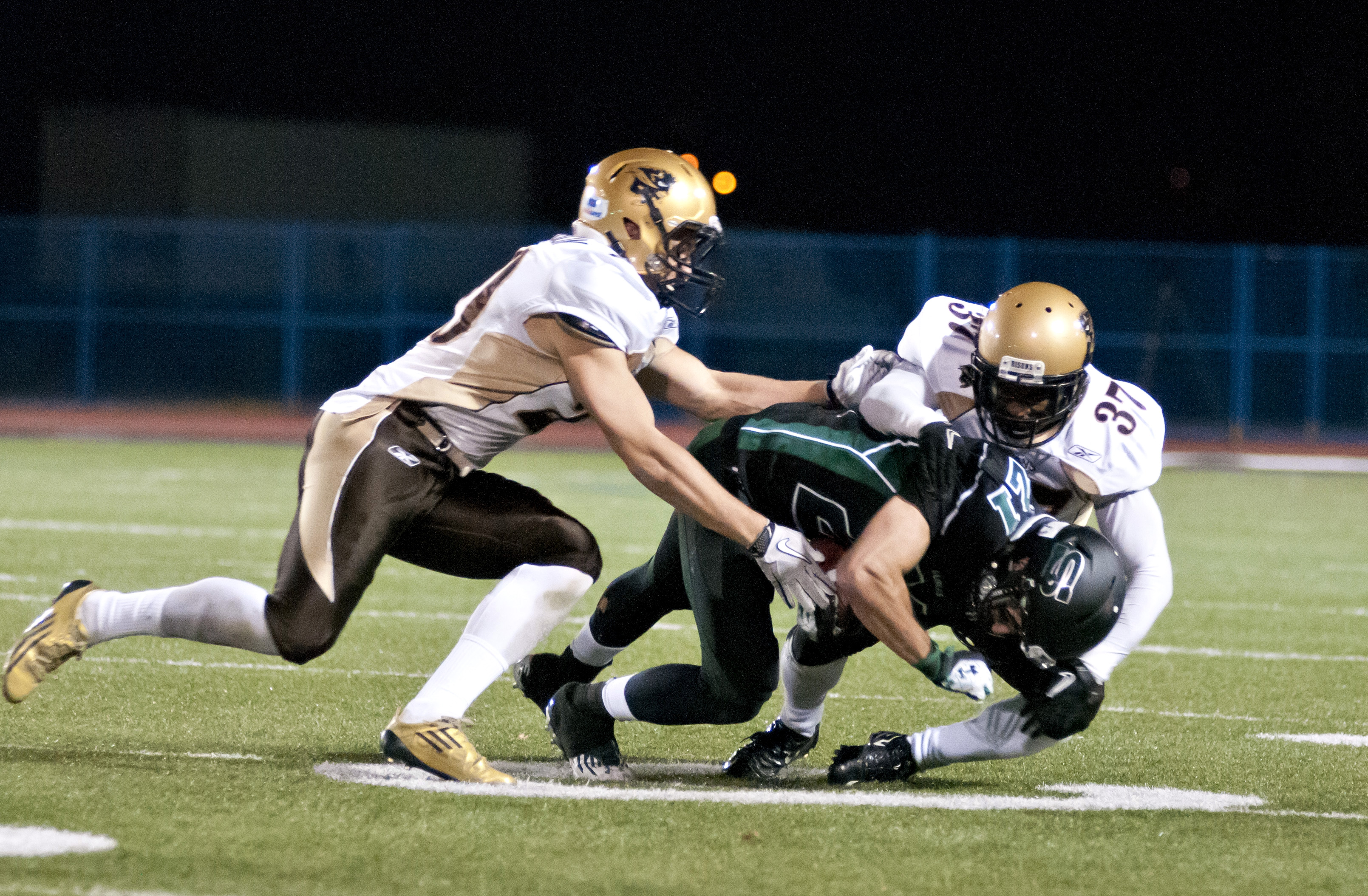 Saskatchewan Huskies quarterback Chase Bradshaw tied a Canada West record for most completions in a game, as Manitoba lost a heartbreaker on the road to Saskatchewan 44-39.

The Bisons led through most of the game, and even had a 13-point lead heading into the final quarter, but the Huskies offense turned it on and outscored the Bisons 28-10 in the fourth.

Bradshaw completed 38-of-60 pass attempts for 426 yards, three touchdowns, and two interceptions, including two touchdowns during the fourth quarter comeback.

The Bison special teams and defence accounted for 18 points on the day; Bison fifth-year defensive back Teague Sherman recovered a blocked punt in the end zone in the second quarter, and defensive end Ranji Atwall returned one of Bradshaw’s interceptions 77-yards for a Bison touchdown late in the third quarter. Nick Boyd was 1-for-2, completing a 27-yard field goal in the fourth after settling for a rouge on a 16-yard attempt in the second.

Offensively, the Bisons struggled at the quarterback position. Cam Clarke was pulled at halftime after completing 8-of-17 passes for 112 yards and no touchdowns. Second string quarterback Ryan Marsch saw his first significant action of the season, but could do no better against a Saskatchewan defense that essentially shut down the Bisons pass attack.

Anthony Coombs was the outstanding offensive player for Manitoba, as he ran for 161 yards and two touchdowns on 13 carries. The majority of his yards came on his two scores – 49-yards on the final play of the first quarter, and 70-yard run in the fourth quarter. Excluding those two huge plays, Coombs averaged under four yards per carry on his other 11 rushing attempts. Kienan LaFrance also scored on a 5-yard run, his only carry of the game.

With the loss, Saskatchewan and Manitoba are tied for third in the conference with identical 3-3 records, but Manitoba is bumped down to fourth on account of Saskatchewan now holding the tiebreaker between the two schools.

The Bisons find themselves on the cusp of missing out on the playoffs for the fifth straight year since winning the Vanier Cup in 2007. With two games remaining, the Bisons will be playing for their playoff lives in their final home game of the season against the UBC Thunderbirds on Oct. 20.

UBC got off to an awful start losing their first four games, but have since won two straight and will head into University Stadium with confidence and momentum. A UBC win this weekend would mean that Manitoba and UBC would be tied at 3-4 heading into the final week of the Canada West regular season.

In that final week, the Thunderbirds are on the road in Saskatoon, while the Bisons finish their season with a tilt against the yet-to-be defeated Calgary Dinos. If Manitoba’s playoff chances come down to winning against Calgary, then they’re in for a rough outing: through six games so far this season, the Dinos have outscored opponents by a staggering margin of over 240 points.

It all comes down to this Saturday’s game—at home—against the team that the Bisons defeated in their season opener 31-24. Win and the Bisons are in. Lose, and Manitoba’s playoff hopes are all but dashed. 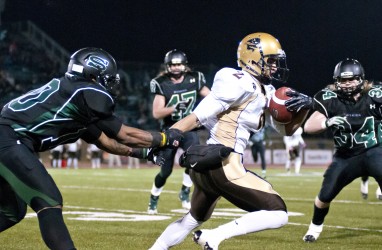