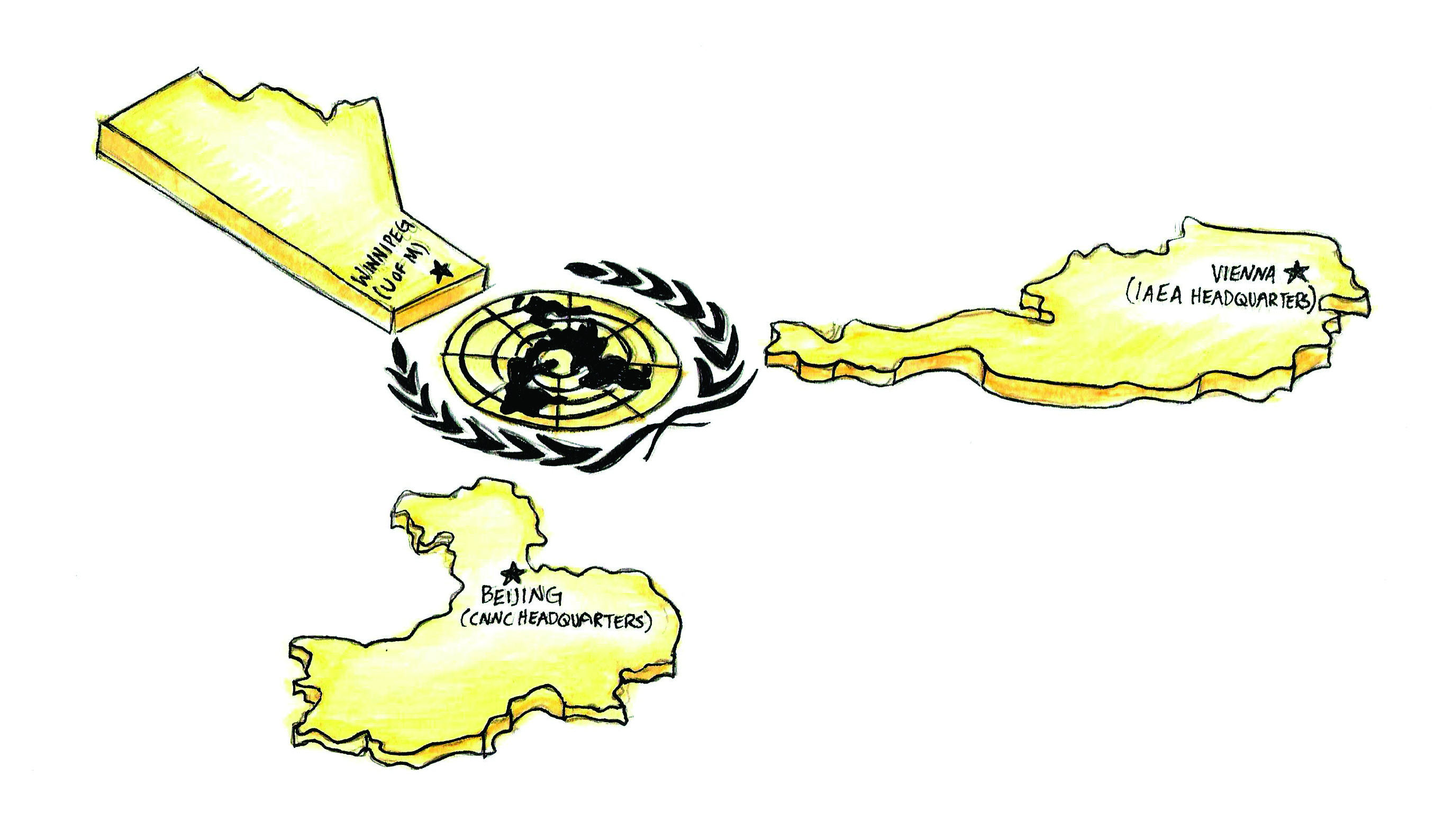 The “R” word: a brief history

Radioactivity: the term first used in 1898 by Marie Curie in her paper entitled “Emissions of Rays by Uranium and Thorium Compounds.” Immediately following its discovery, radiation received an abundant supply of attention, and theories of possible applications for this new form of energy began to circulate. In August of 1945, nuclear technology made its global societal debut in the form of an ominous mushroom-shaped cloud, bringing with it destruction and death.

In 1957 the “Atoms for Peace” organization was founded and integrated into the United Nations (U.N.) family to safeguard knowledge of nuclear technology, and promote its use in a safe and peaceful manner.

Today, this organization acts as the major hub for all nuclear technology relations and is best known as the International Atomic Energy Agency (IAEA). Despite its questionable past, scientists recognize nuclear energy as a means to contribute to the health and security of countries, as well as provide the technology to produce a fuel capable of filling the growing demands for energy and sustaining future generations, while minimizing environmental impact.

Nuclear power utilizes the radiation emitted by uranium to generate energy. However, natural uranium mined from the earth does not produce a sufficient amount of radiation to be considered significant enough for the generation of commercial energy. Therefore, a variety of industrial processes from the nuclear fuel cycle are required prior to its use in a nuclear reactor.

Exploration, extraction, refinement and conversion, enrichment, fuel manufacturing, storage, and disposal are all processes which collectively make up the nuclear fuel cycle.

Undoubtedly, the two most critical steps lie on either end of this cycle: exploration (where is the uranium?) and disposal (where do we put the nuclear waste after we’re done?). Understanding both these processes and answering their related questions requires an in-depth knowledge of the structure, behavior, and chemistry and composition of the earth – it requires geologists.

U of M’s involvement in the nuclear industry

Researchers from the department of geological sciences at the University of Manitoba are currently investigating several facets of uranium geochemistry. For instance, this includes exploration techniques in the Canadian Arctic and the remote deserts of western China, to waste disposal and remediation of historic mine sites in neighboring Canadian provinces and the United States. The team is lead by professor and Canadian Research Chair (CRC) in Environmental and Isotope Geochemistry Dr. Mostafa Fayek.

Earlier this month, Fayek returned from China where he and his team, in collaboration with the China National Nuclear Corporation (CNNC), have been conducting research in uranium exploration over the last four years. After being selected to be a part of the IAEA’s team of world experts in September of this year, Fayek traveled to China to partake in a joint mission organized by the U.N., IAEA, and CNNC.

On uranium research in China, the primary goal here, Fayek says, is “to effectively explore for an energy resource, while maintaining environmental stewardship.”

While in China, Fayek used his expertise in uranium geochemistry to train geoscientists in laboratory and field methods related to uranium exploration. The mission ended on a high note, with the IAEA suggesting that under the supervision of Dr. Fayek, an international uranium research-training program for Chinese delegates be established at the University of Manitoba.

This IAEA workshop will be administered through the Canadian Bureau of International Education (CBIE) to the department of geological sciences at the University of Manitoba, for the purpose of improving the professional level and understanding of the genesis of uranium deposits.

“This helps highlight the University of Manitoba’s reputation on the world stage,” said Fayek, “the department of geological sciences houses world-class facilities.”

Beginning early next year, professionals as well as young geoscientists from China will be visiting these state-of-the-art facilities for an intense month-long workshop. Participants will receive one-on-one training in an array of methodologies and instrumental techniques applicable to uranium exploration.

With travel plans already in the works for another trip to China next summer, Fayek and his team are looking forward to expanding their research in other countries overseas, and continuing their work with the IAEA and CNNC.

Blended-entry system will allow direct admission at U of M