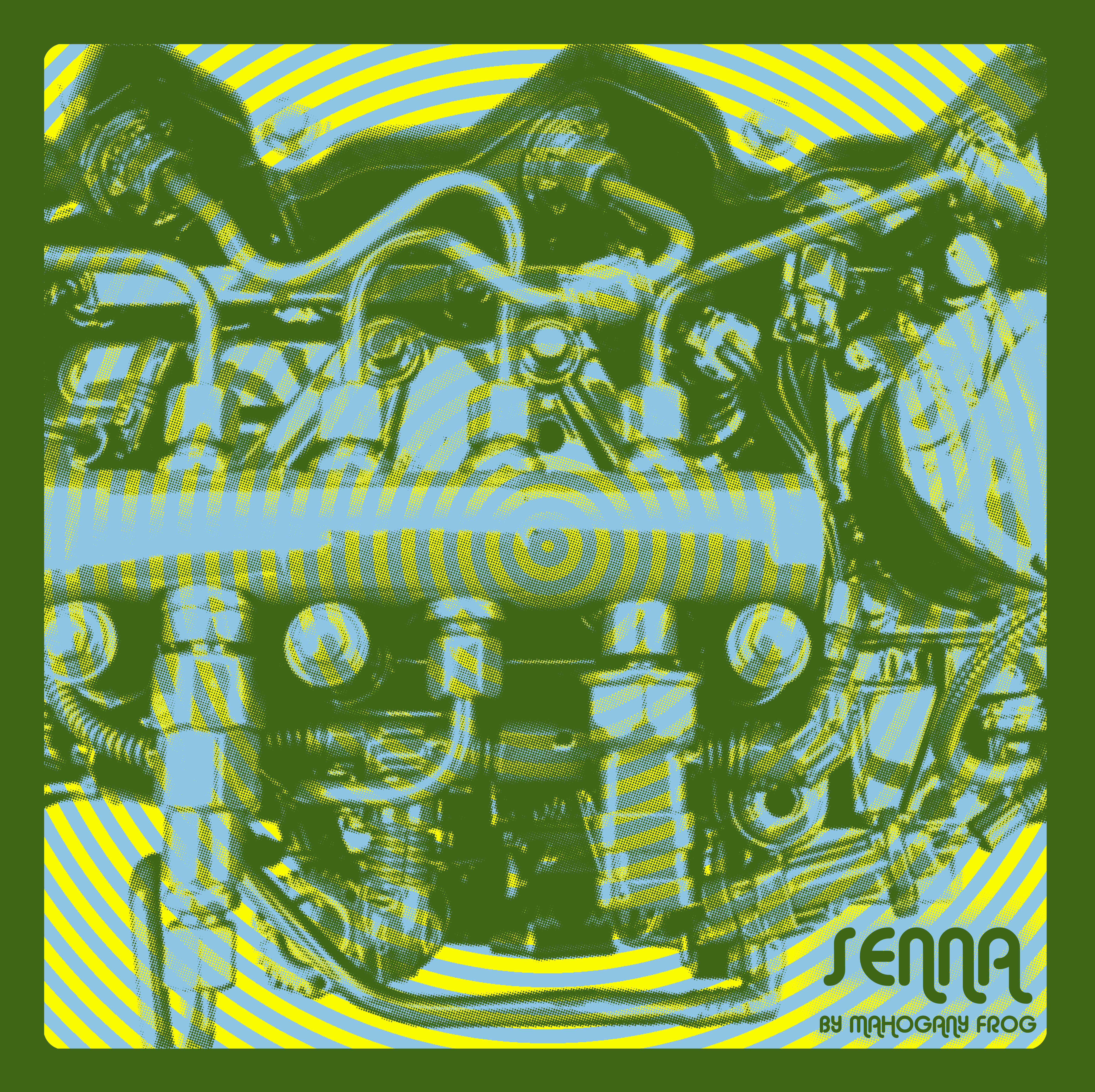 The album, entitled Senna, is a fucking tidal wave of synthesizers, fuzzed-out guitar riffs, and indescribable sounds. I don’t know what constitutes a good instrumental/prog-rock/experimental/electronic album but, there are two things I am certain of when listening to this album – these guys know how to play their instruments, and they know how to write one hell of a song.

Graham Epp, one of the band’s founding members, discussed the band’s newest release, as well as their recent trip to Brazil, the experience working with producer John Paul Peters, and beluga whales. Here’s what this instrumental mastermind had to say:

The Manitoban: Mahogany Frog has been playing music in various incarnations since 1998 – how have you guys managed to keep things interesting, and maintain your friendship for so long?

Graham Epp: I guess one key to our longevity is that we don’t perform a lot, at least here in Winnipeg. We get together with the purpose of getting new material ready for a tour and then every few years we record the best songs and release a record. As long as we are challenging each other musically then the band will go on.

M: Senna is your sixth full-length release as a band – how do you feel this album differs from your past releases?

GE: We knew how to perform the material on Senna very well by the time we entered the studio. This preparation allowed us to focus more on the tones and textures of the instruments rather than on the performance itself. The record sounds live and natural and that is what we’ve always tried to capture on our records.

M: How do you feel that working with John Paul (JP) Peters, one of Winnipeg’s most sought after producers, added to this album in comparison to your last few releases?

GE: It was a real treat to work with JP. I was always impressed by [ . . . ] his meticulous microphone placement. He would always record [using] several microphones, and when we would listen back to a take he would play each microphone track separately so we could really hear the subtle, and sometimes not so subtle, differences between them. This practice enabled us to capture the hot and dirty sounds we like and give the different instruments separation in the mix.

M: The song “Aqua Love Ice Cream Delivery Service” includes a track of beluga whale sounds recorded in Churchill, MB. Why did you do this, and how did you go about recording it?

GE: The belugas are part of a sound collage that Andy [Rudolph] put together for the close of the record. They were recorded by a local duo called WHALE whose aim is to connect with beluga whales through experiments in art and sound. There’s a short film about what they do. Who wouldn’t want belugas on their record?

M: The band recently played in Sao Paulo, Brazil – how was that experience?

GE: Our trip to Sao Paulo was a unique experience and pulled us in a new musical direction. For years we’ve been intimidated by the prospect of doing shows overseas. Reason being that we rely heavily on the instruments we use and shipping several old, heavy, and fragile keyboards really isn’t an option.

The Brazil gigs forced us to relearn our music on rented gear. All of the sounds we’ve created on three of our keyboards were saved onto a computer and then loaded onto the rented models in Brazil. The experiment worked and we’re now able to do more South American, and possibly European, shows in the spring.

Sadness with a sense of optimism