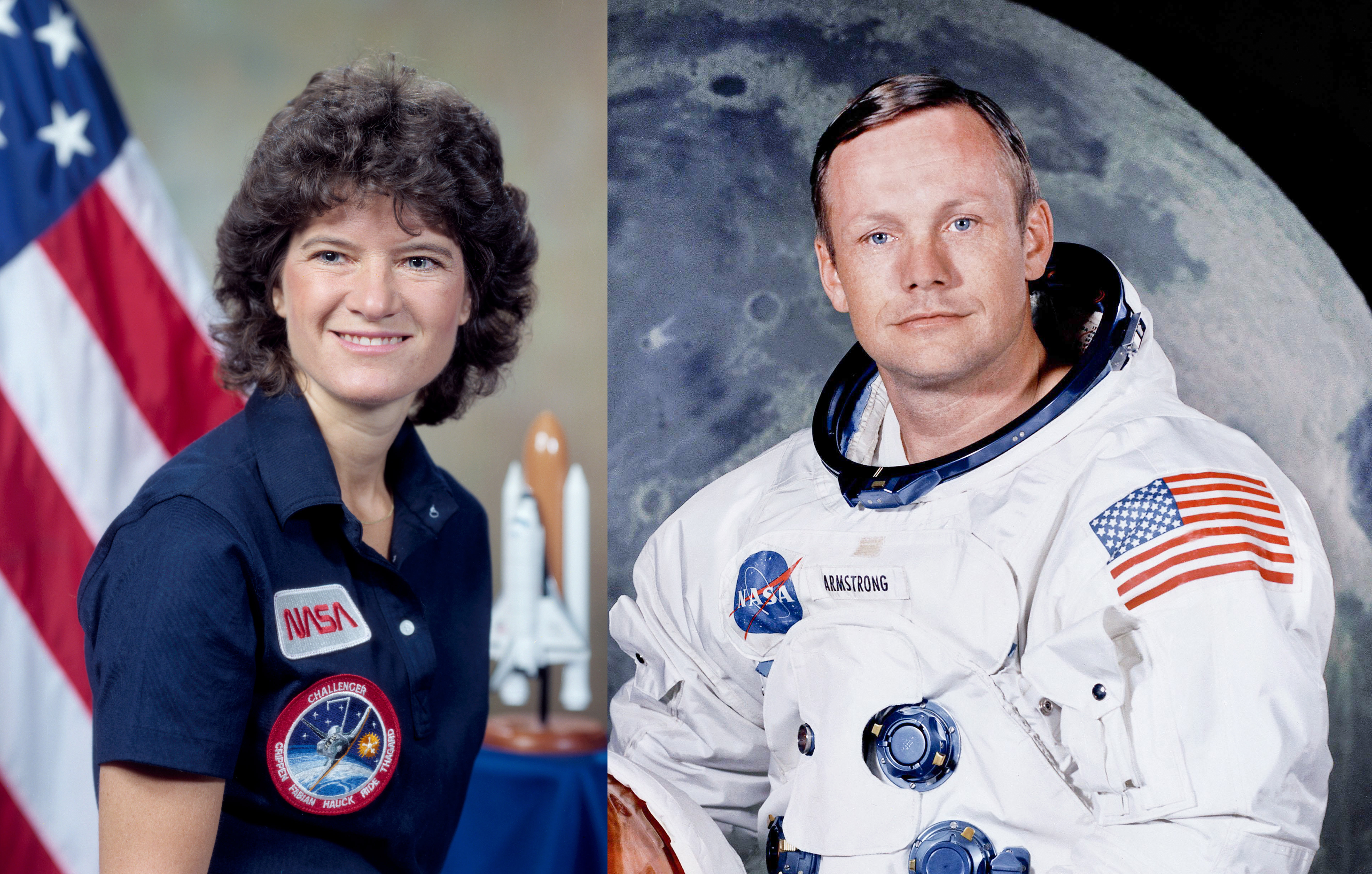 Over the summer, we lost two great scientific heroes. Neil Armstrong, the first man to walk on the moon, and Sally Ride, the first American woman and first openly LGBT astronaut in space, died at ages 82 and 61 respectively.

Armstrong first went into space in 1966, on the Gemini 8 mission. On July 20, 1969, the Apollo 11 mission landed on the moon; Armstrong was the commander. As he stepped off the ladder and onto the moon’s surface, he uttered the immortal words: “That’s one small step for a man, one giant leap for mankind.” After Apollo 11, he did not return to space. In 1971, he resigned from NASA and became a professor of engineering.

The former astronaut lived a quiet life after that, rarely making appearances as a public figure and declining to enter politics. Armstrong was part of the panel investigating the Apollo 13 mission and vice-chairman of the investigation of the Challenger disaster. He was occasionally critical of the waning interest in space exploration. “I fully expected that, by the end of the century, we would have achieved substantially more than we actually did,” he told CBS in 2005. Reportedly, Armstrong volunteered to command a manned mission to Mars at age 80.

On Aug. 25, Armstrong died of complications resulting from heart surgery.

When Sally Ride first went into space in 1983, she was 32 years old; at the time, the youngest person to go into space, and still the youngest American. On the Challenger space shuttle, she operated the “Canadarm,” which she helped design. A second flight followed in 1984, and a third was scheduled, but cancelled in the wake of the Challenger disaster. Ride also served on the investigating committee for the accident, as well as the one for the 2003 Columbia disaster.

After retiring from NASA, Ride became a professor and founded Sally Ride Science, an organization dedicated to promoting interest in science and engineering among children, especially girls. She died of pancreatic cancer on July 23 of this year.

Manned spaceflight is one of humanity’s most amazing accomplishments. Through cooperation, vigorous intellectual exchange, and great feats of science and engineering, we have managed not only to “get off this rock,” but to actually set foot on another celestial body. Spaceflight was achieved in a spirit of benign curiosity, international competition, and a desire for the betterment of all humanity. Narrow national interests were involved, of course – the race to the moon was in part fuelled by the Cold War feud between the U.S. and the USSR. But there was a feeling that, in the space age, such things were rapidly becoming irrelevant. As Ursula K. Le Guin wrote in her 1969 novel The Left Hand of Darkness, “Our border now is no line between two hills, but the line our planet makes in circling the sun. To stake shifgrethor [roughly, honour] on any lesser chance is a fool’s doing, now.”

Space exploration has an inherent value, and that is what motivated people like Ride and Armstrong. These two—both considered to be especially highly qualified even among NASA astronauts—represent some of the great heights of human excellence in service of this inherent value. We need to know about the moon, the solar system, the galaxy, the universe, simply because they are there. Any other reason is beside the point.

The deaths of great men and women are always cause for mourning, but these two are made more bitter by the fact that they confirm the end of a golden age of spaceflight. The belief that the moon landing was a hoax is becoming increasingly common, and it’s not hard to see why. The last person to walk on the moon was Eugene Cernan, in 1972. The forty-year anniversary is this December. Since that time there have been fewer ambitious, boundary-pushing manned missions, a single measly space station, and a proliferation of high-tech drones. This is a far cry from the future implicitly promised by Armstrong’s moonwalk. Forget Le Guin’s future; we haven’t even achieved our own.

The will to “get off this rock” seems to have evaporated in an era where it might be more important than ever. The problem of climate change becomes more urgent with each passing year, and in one of the most powerful countries in the world, science education is debased on a daily basis. The ambitious projects, the difficult ones that will yield little in the way of monetary profit, are not being taken on. The likes of Neil Armstrong and Sally Ride are still among us, but they’re not getting their chance to prove it.

Let’s put another team on the moon. Hell, let’s build a base there. Send a manned mission to Mars. The moon, the solar system, the galaxy, and the universe are still there. They call to us with a challenge. Are we willing to meet it?