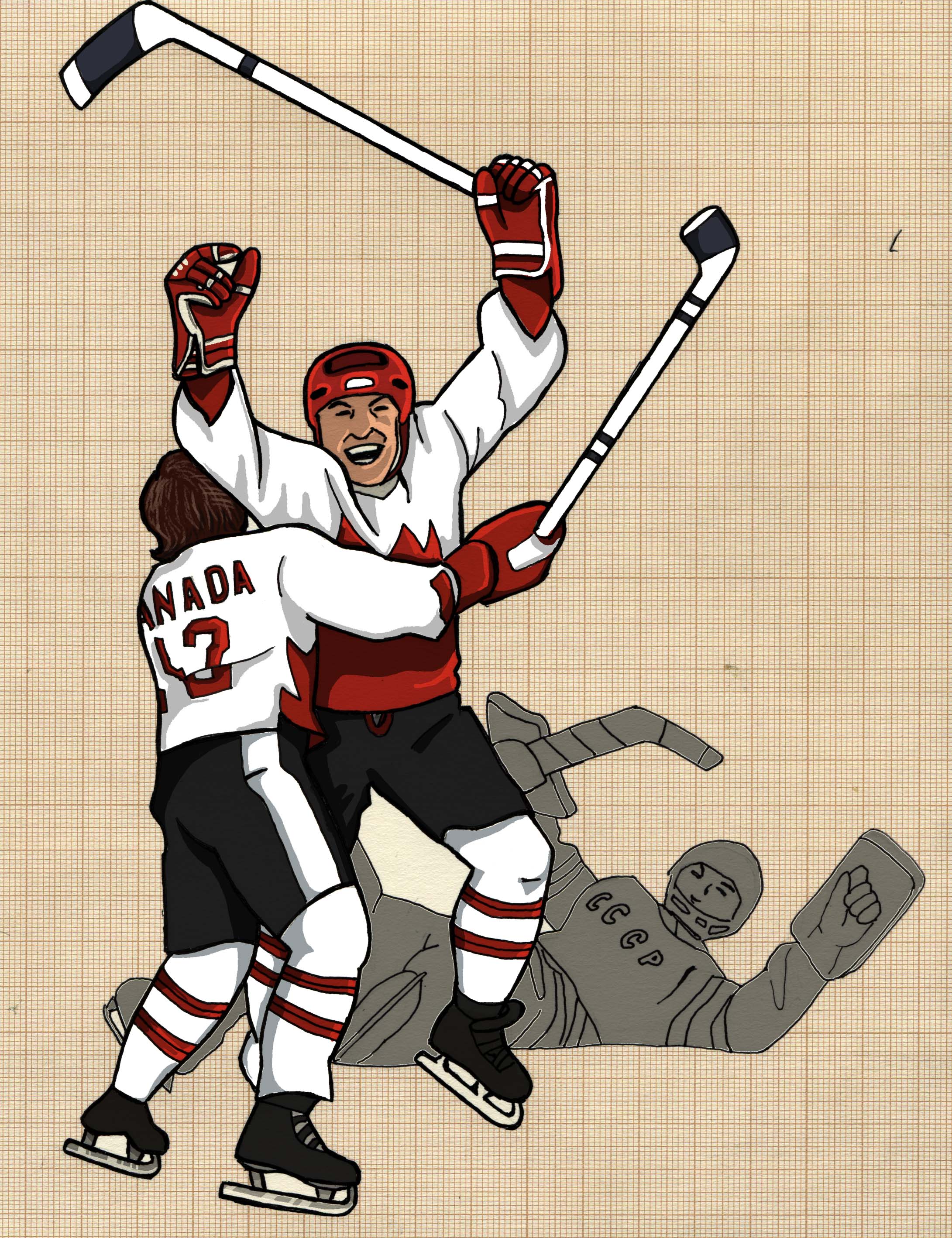 Forty years ago Friday, the goal was scored.

With 34 seconds left in the eighth and final game of the Summit Series, game tied at five, series tied at 3-3-1, Toronto Maple Leafs forward Paul Henderson shot the puck past Soviet goalie Vladislav Tretiak to win the series for Team Canada. Despite suffering a concussion in Game 5, Henderson scored the next three game-winning goals in the series.

The goal ended one of the greatest exhibitions of hockey ever witnessed, sparked nationwide celebrations in Canada, and turned hockey players into heroes.

At the time the Soviets dominated international hockey competition. The 1972 World Championships held earlier in the year were the first time the Soviets did not win gold in ten years. Meanwhile, Canada had withdrawn from international competition, frustrated with the International Ice Hockey Federation for refusing to let professionals play. With the help of NHL Players Association president Alan Eagleson and the Canadian embassy in Moscow, the eight-game Summit Series was created and held in September, 1972.

The first game was held in Montreal and fans expected certain Canadian victory in all eight games. Despite an early 2-0 Canadian lead, the Soviets overwhelmed and stunned the Canadians 7-3. For Canadian fans, it was a national crisis and a shock to the system.

The Canadians rebounded with a 4-1 Game 2 win in Toronto but gave up a two-goal lead to tie the Soviets 4-4 in Winnipeg. In Game 4, the Soviets dominated with a 5-3 win in Vancouver. After the game, Canada’s top scorer Phil Esposito went on the defensive in front of a national television audience, to respond to disillusioned fans’ booing the Canadians.

The next four games were held in Moscow and Canada lost 5-4 in Game 5 despite having a 4-1 lead in the third period. With their backs against the wall, Canada dug in and won 3-2 in Game 6 and 4-3 in Game 7. In Game 8, both teams alternated goals until the Soviets scored two to lead 5-3 after two periods. But Canada scored twice in the third to tie the game before Henderson’s game and series winner. Team Canada returned home with a hero’s welcome.

The Summit Series remains significant in many ways. It was the first time Canadian NHL players united to become a national team and the term “Team Canada” was coined during the series. Also united were Canadian hockey fans, as they were not restricted to their own NHL team loyalties. It mattered not whether they were fans of the Leafs, Canadiens, or Canucks – everyone supported Team Canada. It was a unifying force not only against the West’s most feared enemy at the time, but also for their love of the game.

While international hockey existed before 1972, the events of that year helped it become elite and popular. Two years later, a team of Canadian players from the World Hockey Association played the Soviets (in eight games, Canada won once). Two years after that, the first Canada Cup was held and it became the most prestigious international hockey tournament until NHLers were permitted to compete in the Olympic Games in 1998.

Canada had been beaten before in international play, but not with its best players. In 1972, Canada faced the reality that its birthright to the sport did not mean that it was superior to all other nations. For the first time, it had to prove itself as the best hockey country in the world. Forty years ago, Canadians were rewarded with a successful come-from-behind defense of that right and the start of its greatest rivalry, which still persists today.