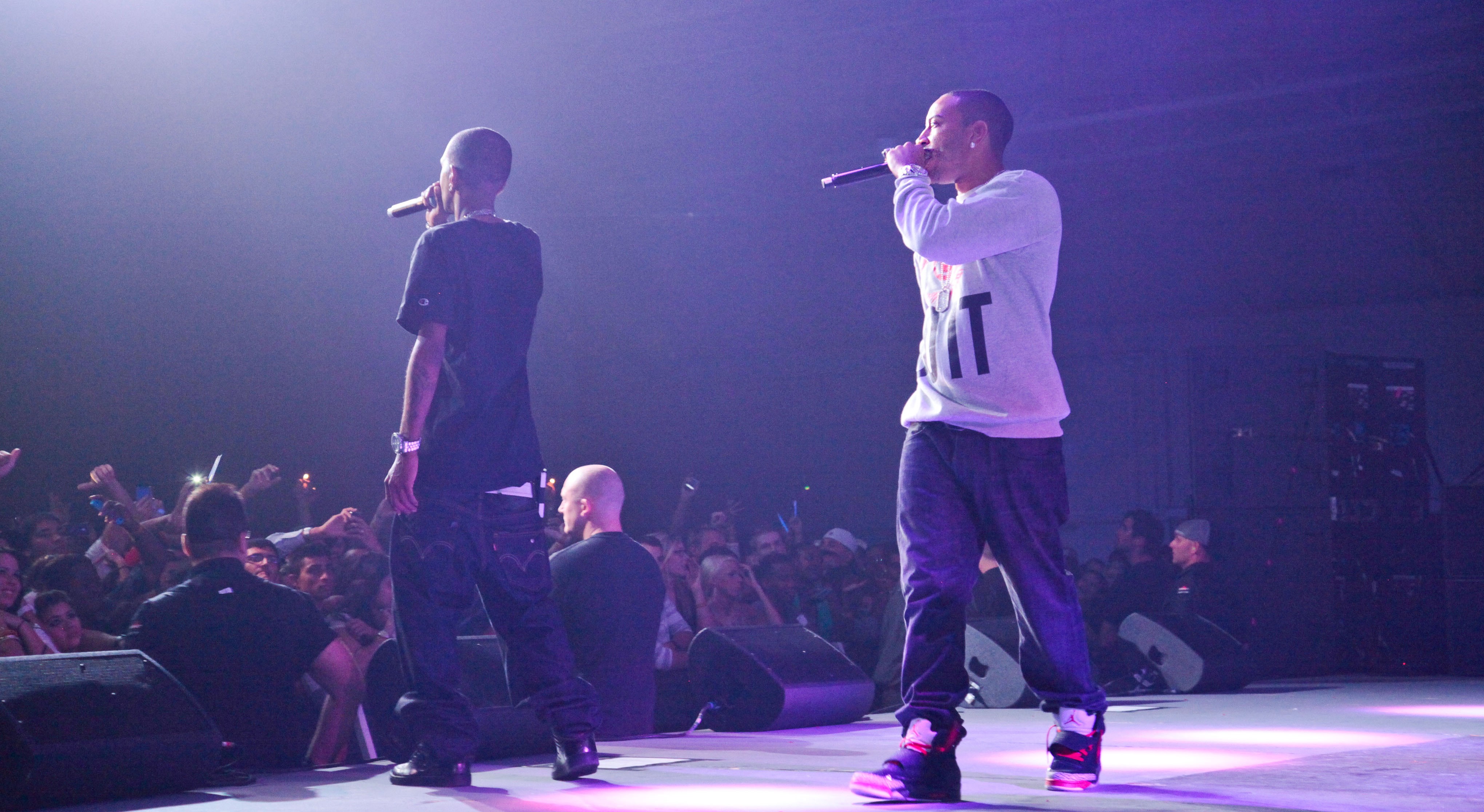 On Friday night UMSU hosted their largest orientation event of the year at the Max Bell Field House. While it was impressive that UMSU was able attract two mainstream rap artists—K’naan  and Ludacris—the event did not feel like a large-scale stadium concert. It felt like a back-to-school kick-off event, and it resulted in a laid back atmosphere where attendees were able to get more up close and personal with the two performers.

K’naan kicked off the show and delivered a really fun and high energy performance, and the crowd was very receptive – especially, as he performed hits such as “Take a Minute.” K’naan ended on a feel-good note performing his big hit “Wavin’ Flag,” which was recorded in 2010 for to fundraise for earthquake relief in Haiti.

After K’naan concluded his set for the night, the crowd was eager to see the main attraction and everyone chanted, “Luda, Luda, Luda!” enthusiastically. However, the pumped up fans were made to wait for a good 45 minutes before Ludacris took the stage.

Admittedly, it must be said that K’naan’s live show was more impressive than that of Ludacris.

Although Luda has accumulated more Top 40 hits over his career recognizable to concert-goers, in the most recent of those hits he is only featured and therefore only able to sing his part of the song. The rest he was either forced to continue singing not well, or just cut short in some cases.

All in all it was a great night out to start off the school year with some mad beatz.