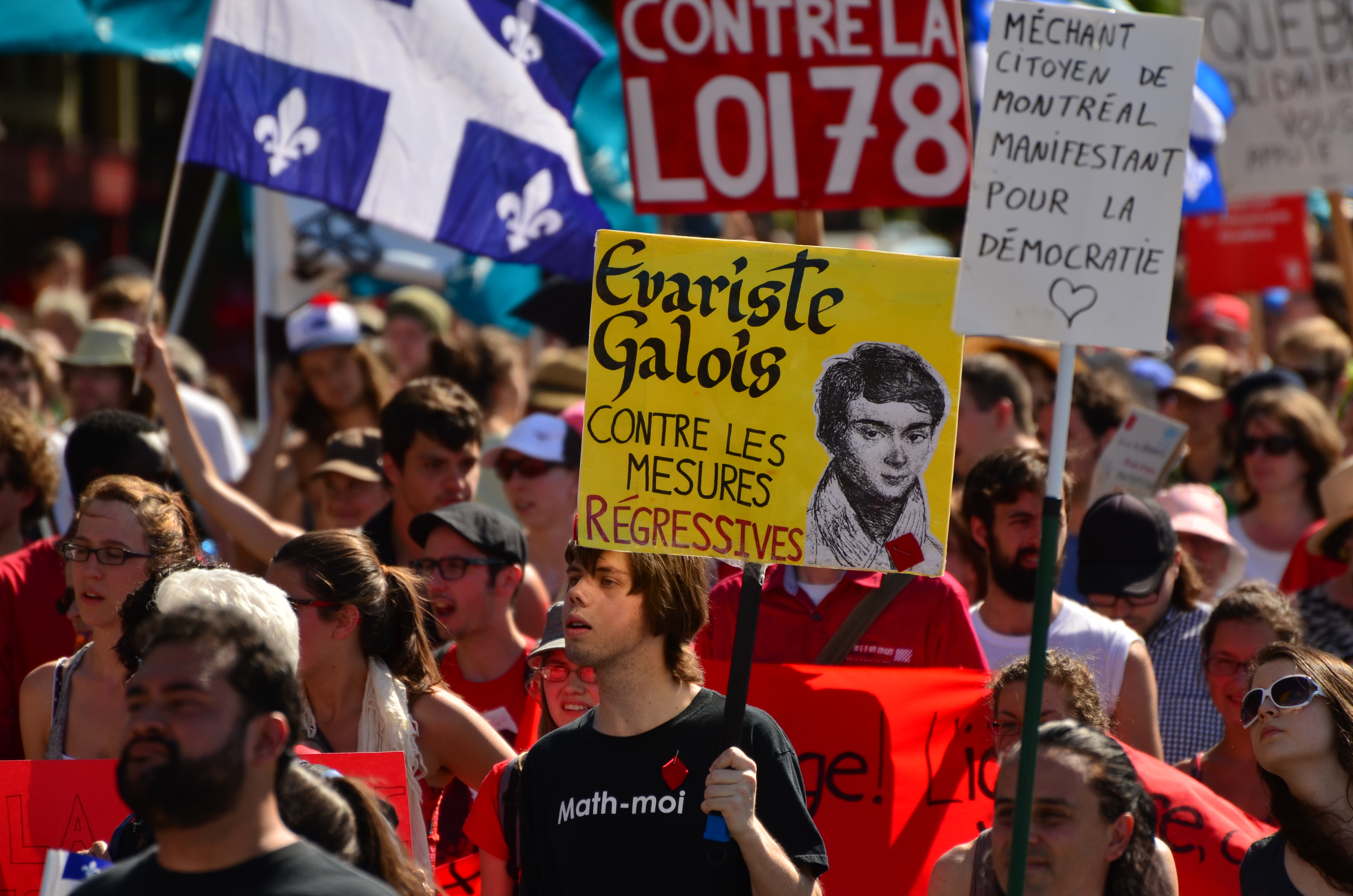 The fall term of school has begun, and for certain students in Quebec, angered at their provincial government’s move to raise tuition rates, that means it’s time to begin another round of protests, disruptions, and general shenanigans. Man the lifeboats.

I confess that have not had my own struggles paying for education. My tuition, books, and fees were covered by a savings account my family set up for me practically as soon as I left the womb. I went to university in my hometown and lived at home throughout my four years of study. I was also offered a well-paying job within just a couple of months of finishing classes. You can call me out of touch if you’d like. That doesn’t change the fact that supporters of the Quebec student strike are out of touch with basic economics.

They have a right to be angry – their provincial government should have seen this coming. Quebec taxpayers foot an unbelievable 70 per cent of a university student’s tuition bill, second only to Newfoundland and Labrador, where the subsidy is an even more unbelievable 77 per cent. Meanwhile, Quebec is grappling with a debt of nearly $253 billion. They faced their first deficit in a decade in 2009, and haven’t had a balanced budget since.

With such a poor record of fiscal stewardship, is it any wonder that making their citizens pay more for their goodies is so painful? Continuing with 70 per cent subsidy for tuition during a recession is as irresponsible as, say, cutting taxes for the wealthy during wartime. When the final bill comes, you’ll want to kick yourself in the face for letting all that extra cash go. There’s a reason we caution our kids to save for a rainy day – sooner or later, it always rains.

No amount of mobilization will change any of the above facts. Ask any supporter of the student strikes how the government should pay to keep their share of tuition expenditures this low. You might be surprised how long it takes for them to come up with an answer, if they do at all.
Why should those of us outside Quebec, all of whom pay more for tuition, be asked to stand in solidarity with them? If their concern was access to education, they would not do what they did in Montreal last week: barging into classrooms, banging on desks, and calling out students who crossed the picket line. And for the record, if any protester interrupted my class to yell about neoliberalism or some such nonsense, I would go Katniss Everdeen on their whiny ass before they could say “drop fees!”

The continued strikes are not about access to education. It’s about wanting to have their cake and have it fed to them, too. That’s the entitlement mentality the Quebec government has helped create with its own misguided attempt at offering a public service.

6 Comments on "Quebec protestors are no heroes"