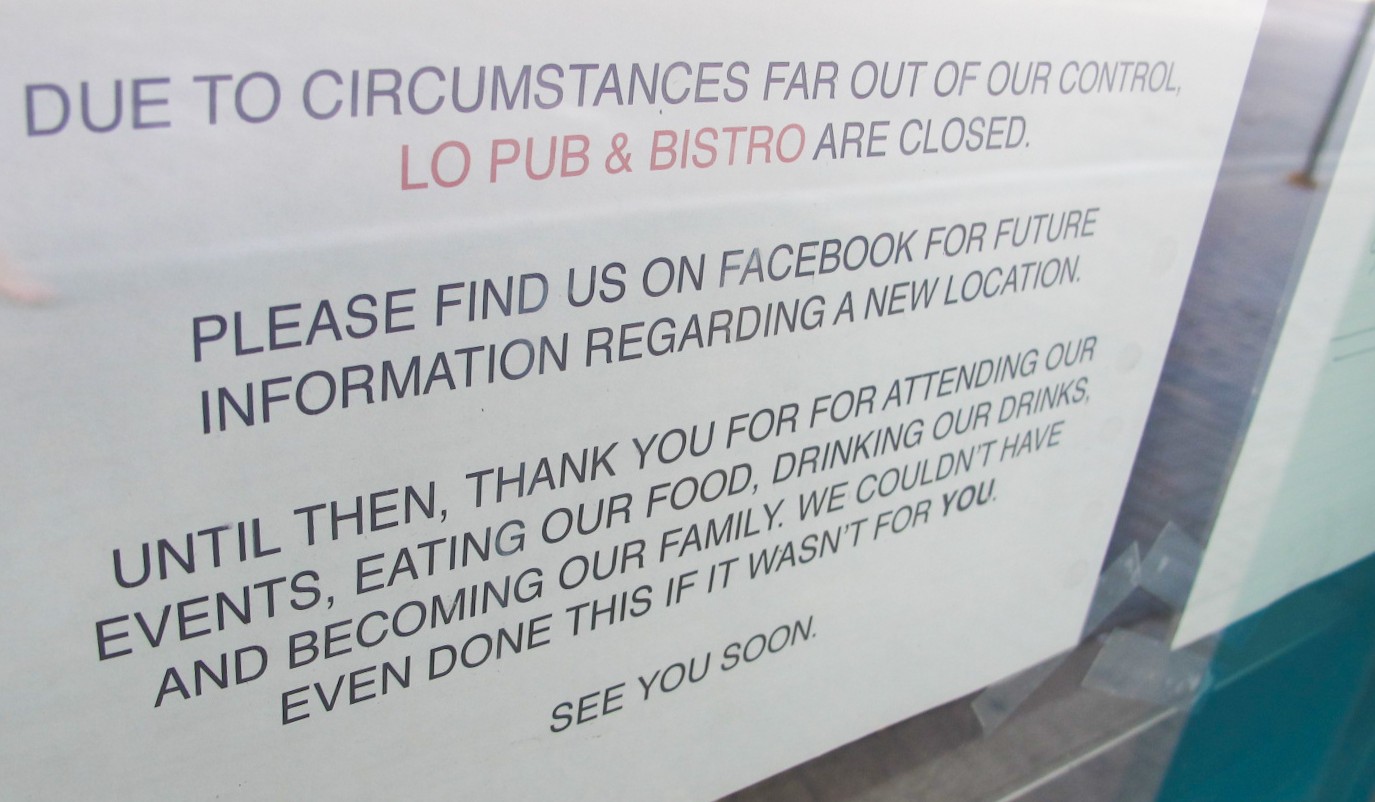 Winnipeg lost another local spot when Lo Pub and Bistro closed its doors on Aug. 25. The closure comes during a time of transition for many venues that are not part of large chains. Vi Ann restaurant, the Black Sheep Diner and Ellice Café and Theatre are among the other spots that have recently closed down.

On Lo Pub’s last night, Jack Jonasson, manager of the bar, went on stage and declared, “Let’s drink the bar dry and I’ll see you guys at the next place.”

Jonasson explained that the building was shared with the hostel, which held the pub’s liquor license. Due to the hostel’s financial difficulties, they decided to close the building’s doors.

“I put four and half years of my life and a lot of my money into the place, so it was devastating for me and my family,” said Jonasson.
According to Jonasson, the response from people through social media outlets such as Facebook has been nothing short of amazing. Stories of relationships that began at the pub, bands that formed through the venue, and the music scene that has evolved through the shows there have all been shared with Jonasson.

The pub manager was not prepared to give any specific plans as to what is next; however, he does promise that Lo Pub will relocate.
“This is what I’m meant to do so I’m looking for a new place.”

The loss of Lo Pub means one less place where students and young people can go and feel like they are part of a community,” said Jonasson. He explains that he strived to create an environment that welcomed everyone, where customers always ran into someone that they knew or were personally greeted by the employees behind the bar.

Jonasson described the unique atmosphere of places like Lo Pub and the Black Sheep Diner, stating that the loss of the two means less places in Winnipeg that are not chains or large nightclubs.

However, Jonasson is optimistic in the fact that others will bring that uniqueness to something new, perhaps opening similar venues in the future.
The Lo Pub Facebook page has been flooded with stories and memories of the pub. Long threads involving discussions of favourite shows include over 90 comments.

The Black Sheep Diner shut down on the same weekend as Lo Pub, closing on Aug. 26 at 2 p.m.. The independent diner concentrated on serving local ingredients and promoting Winnipeg art.

Ellice Avenue also saw the closing of the Ellice Café and Theatre due to financial reasons.

The dark past of marriage counseling