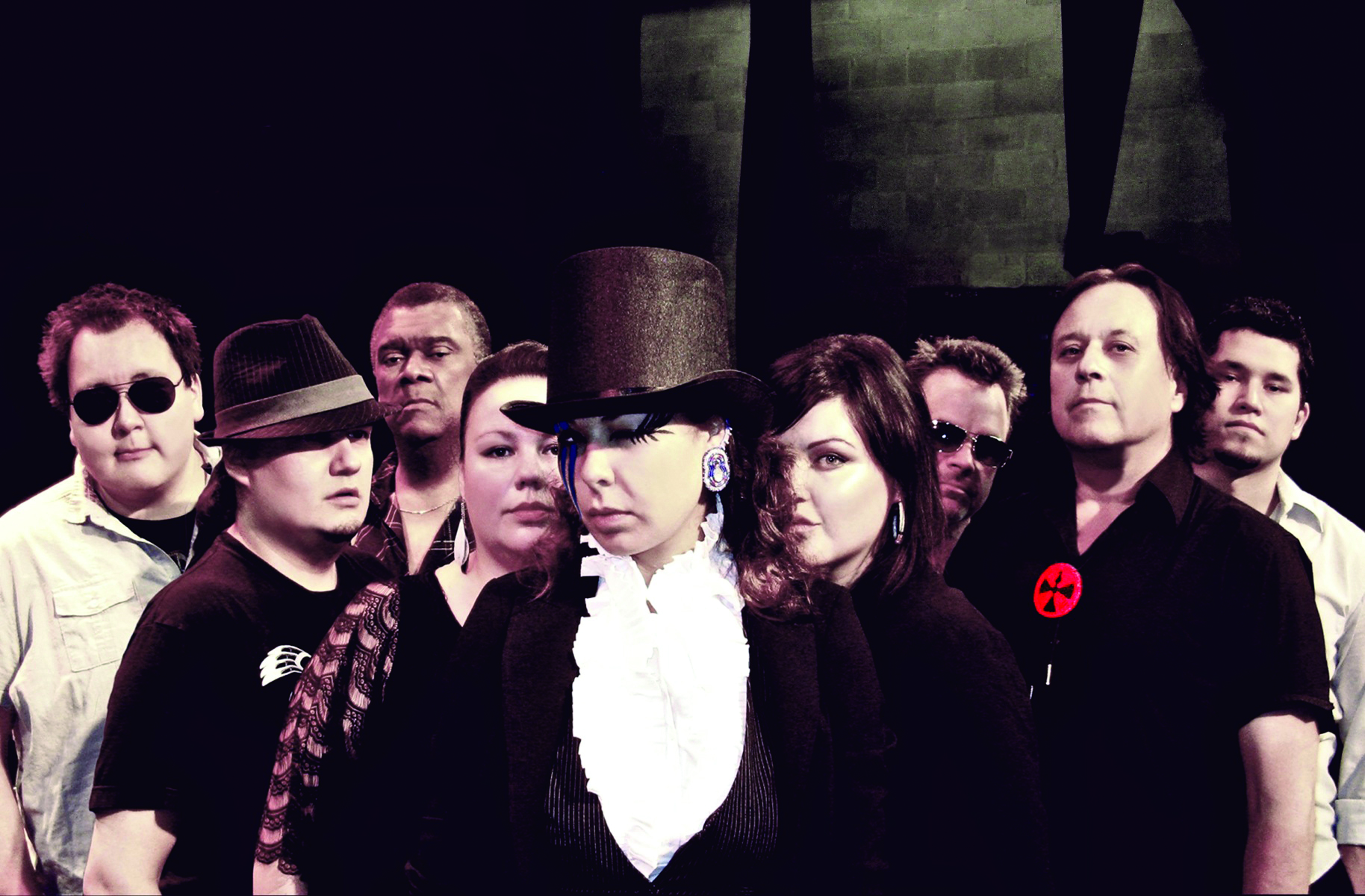 The West End Cultural Centre is well-known for its awesome live shows. One of the latest acts, Indian City, was no exception.

Indian City held their CD release party on the night of Aug. 24 at the West End Cultural Centre which debuted the group’s first album Supernation. But, before the band played the crowd enjoyed a diverse series of opening acts.
Andrew Belfour, a Cree composer of Fisher River First Nation, opened up the show with a traditional song that had the crowd mesmerized. A vocalist, from the choral group Camerata Nova, mixed his voice with a steady drum beat and created an intensely emotional atmosphere.

William Prince, of Peguis First Nation, followed with a solo performance on an acoustic guitar and amazing vocals playing songs such as “Keep You,” “Meant for Me,” and “Young Romantics” that would pluck at anyone’s heartstrings. Princes’ deep voice, joking yet somber attitude and solid black attire gave the impression of a modern day Johnny Cash.

Then Buddy Big Mountain performed, a man who is widely accepted as the first Native American ventriloquist with internationally recognized status. His puppets consisted of Wendel the Cowboy, Ironhorse, and Forest Red lightning, all of which did several jokes and at least one song about their own history.

Buffy Handel performed a multi-style dance in a solo act. Handel performed one song in a graceful interpretive dance style that seemed to capture the imagination of the audience, placing them within the scenery alongside the feathers of her costume.

The album Supernation is titled after the first song Indian City played of the night, which got the crowd up and cheering. The sound of the vocals was lower than it should have been and it was difficult to hear the lyrics being sung at times. This did get corrected as the show progressed.

Indian City then rocked out a total of seven more songs including “Laughing Song,” which featured the deep vocals of William Prince. Another one of the highlights of the night was the singing of Don Amero in the song “Stand.” Amero has been nominated seventeen times for Aboriginal People’s Choice Awards but still has yet to win. This year he has received three Aboriginal People’s Choice nominations for single of the year, Aboriginal male entertainer of the year, and best pop CD.

The WECC was packed with people who applauded Indian City all night and cheered them back for an encore song. The music flowed well and left the crowd wanting more at the end of the night. Indian City is sure to make more music and please more crowds – I would recommend this show to anyone interested in local music by unique artists.

Residents petition to keep new stadium away from neighbourhood