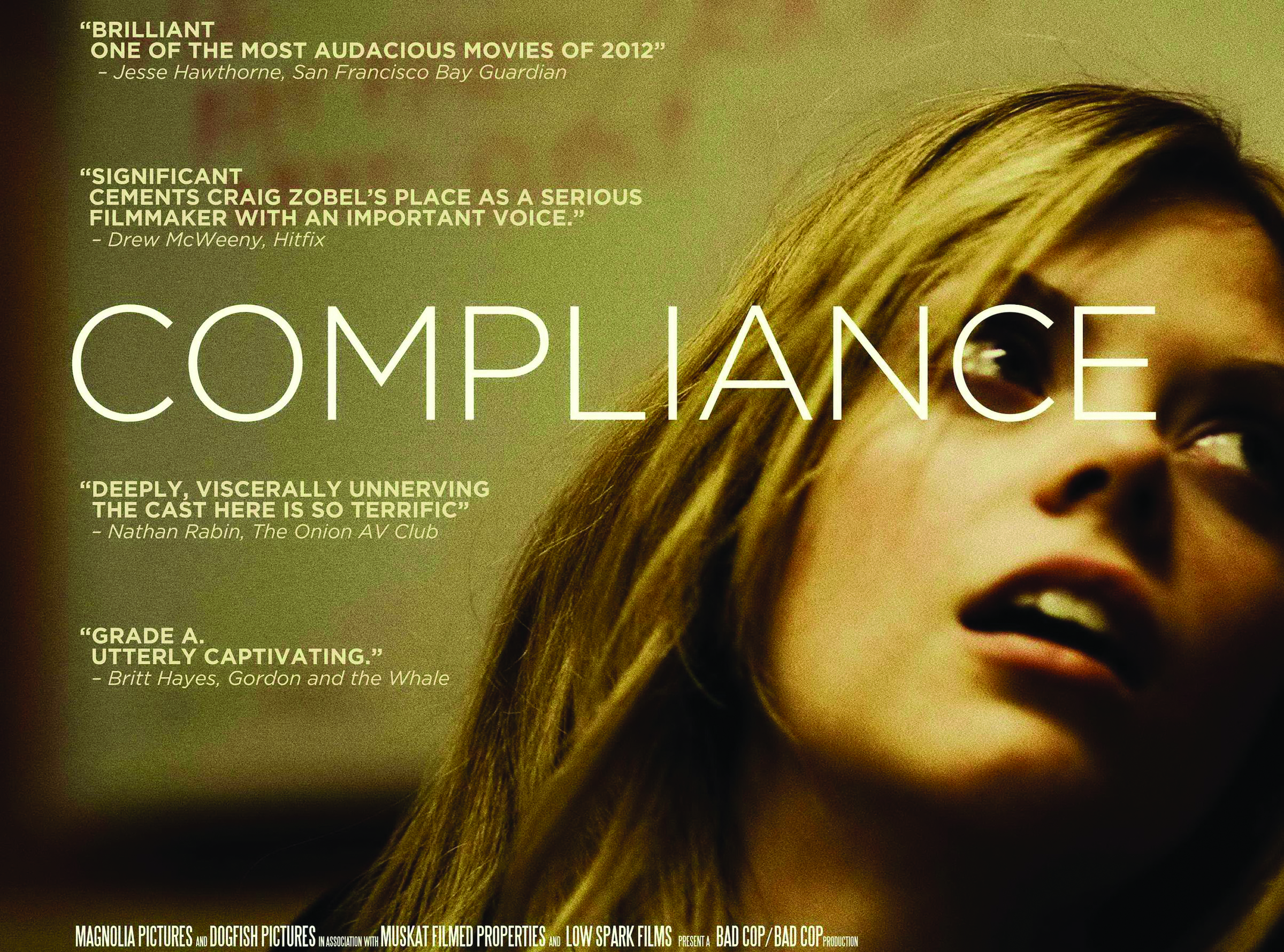 When you see a “based on true events” title card in a film, many of you will chortle in the theatre because you know that usually isn’t true. However, Compliance, written and directed by Craig Zobel, is very close to real life events and as a result is a very effective and disturbing film.

Compliance is based on a series of prank phone calls, which occurred a few years ago. Someone posing as a police officer would call a fast food chain and request a manager to detain an employee without anyone bothering to check phone number details or verify anything. Ultimately, the employee would be stripped and requested to perform demeaning acts in the nude. Eventually the dimwitted accomplices caught on, but the damage was already done to the devastated employee.

In Compliance, 17-year-old Becky (Dreama Walker) is the victim. Her manager Sandra (Ann Dowd) is a sweet, yet bumbling middle-aged fast food manager. Sandra never questions the acts she is told to do over the phone by the officer (Pat Healey), even though she feels uncomfortable with it.

The film’s impact hinges on Dreama Walker’s portrayal of Becky. She plays a scared teenager who is trusting of adults and the law. Displaying her vulnerability and terror requires an excellent understanding of physical acting, which Ann Dowd executes perfectly. She sells Sandra completely and makes the horrific climax very effective.

Compliance uses slick, stylized sequences that slowly build tension. The cinematography is well-constructed, with interesting shots and enticing visuals, accompanied by rising classic and electronic music that foreshadows and underscores the horror. Compliance’s colouring is crisp and bright. The restaurant and home shots emphasize normality and familiarity. Everything looks normal, safe and vaguely recognizable to the viewer. The locations could be the fast food chain down the street or the neighbor’s house next door.

The rise to the sexually violating climax was so uncomfortable, a female member of our viewing party left in a hurry with a look of abject terror on her face. Walkouts are the mark of either a very bad or impacting film. Compliance isn’t a bad film.

The power of showing and not telling

25 films selected for Library of Congress